2020 October 01: The International Chamber of Shipping (ICS), on International Day of the Seafarer  (June 25, 2020) sounded the alarm about the plight of seafarers. And, within a week, posted on its website the grave concern that seafarers were not yet officially classified as Key Workers in many countries and that this reality had led to a crisis in keeping global supply chains unbroken.

The Chamber immediately moved to highlight the problem by making a public demonstration of concern. The strategy it decided on was to encourage ships in ports around the world on July 8 to sound their horns at noon “… to remind Governments of the ongoing crew change crisis.” The ICS hoped the sound would send a message to the politicians who would be participating in a proposed virtual international summit the following day (July 9). The summit, planned by the government of the United Kingdom (UK), was specifically to discuss the impact of the global pandemic on crew changes.

The UK’s intention was to get all governments to immediately collaborate in ensuring swift repatriation of crews; and, to address the wellbeing of seafarers.

“Seafarers have worked tirelessly during this pandemic to ensure people across the globe can access the essential food, medicine and supplies we all need, but thousands have been left with no way of coming ashore when faced with border restrictions. This government has helped more than 7,000 crew get home back to their loved ones across the world, regardless of nationality or circumstance. I hope that this meeting will be a reminder of the international collaboration required by all states to bring people home,” the UK’s Maritime Minister, Kelly Tolhurst, said.

This was exactly the kind of support the ICS sought. ICS Secretary General Guy Platten welcomed the UK’s proposed summit, observing that: “… the fragile supply chain and global trade is now at threat of logjam due to government inaction and bureaucracy.”

To avoid that threat, the ICS gave support to the 12-step crew change procedure1 of the International Maritime Organization (IMO) and has been urging governments to sanction and implement the provisions.

The solutions, he said, do not require financing or complicated negotiations. “Government leaders must cut through the bureaucracy, lift the continuing imposition of travel restrictions on these key workers and focus on this issue now.”

Within a few weeks, other countries had started the process of elevating the immigration status of seafarers so as to facilitate global trade during the coronavirus pandemic.

In the first week of August, the Maritime Authority of Jamaica announced Jamaica’s decision to list seafarers as “essential workers” under the Disaster Risk Management Act, thus removing obstacles for the free and speedy movement of registered seafarers through its borders.

The International Transport Workers Federation was by then estimating that 600,000 seafarers were waiting for crew changes, half of them trapped on ships; the other 300,000 waiting to embark.

Of the hundreds of thousands of men and women trapped at sea, many had been on the job for up to four months beyond their contract dates. Those waiting to board ships had not yet started their tour of duty; were therefore not getting paid; and were therefore in various depths of financial distress. [] 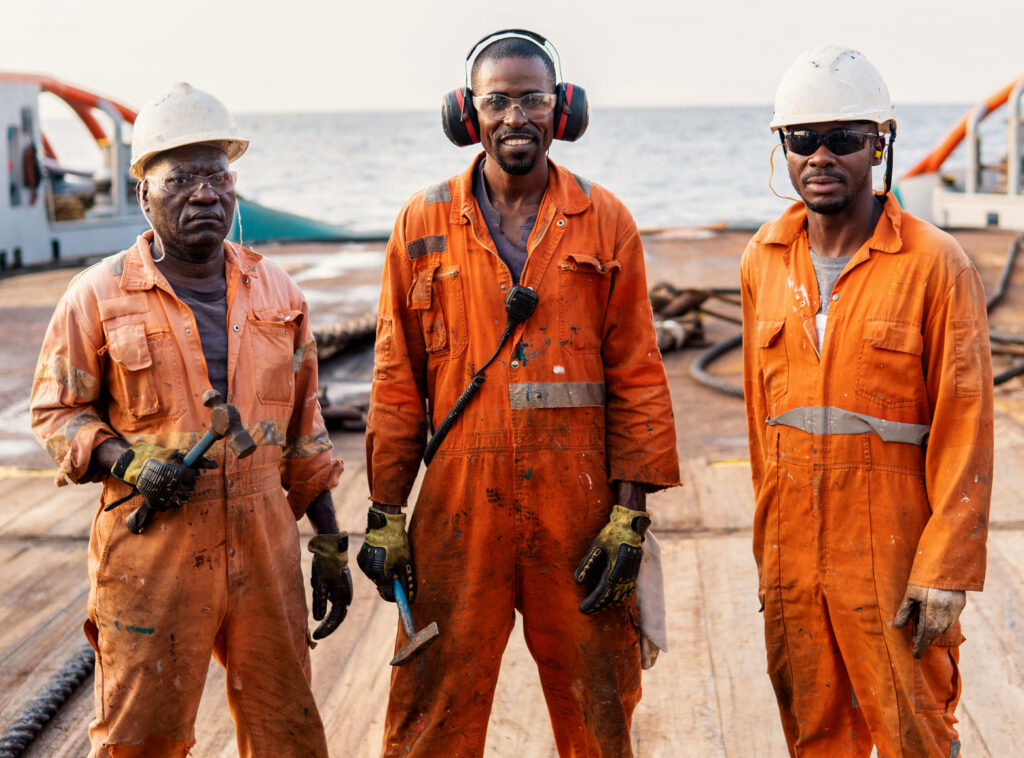 UNABLE TO GET TO SHIPS BECAUSE OF NATIONAL TRAVEL RESTRICTIONS

“Seafarers are still not yet classified as Key Workers in many countries, meaning they are unable to embark or disembark ships due to national travel restrictions. This has led to a crisis at sea: there are 200,000 workers who have overrun their contracts and are currently stranded on ships. Another 200,000 are at shore, waiting to start their tours of duty.

“Without crew to replace seafarers on board ships many may be unable to sail. Ships facilitate 90% of global trade and an inability to facilitate crew change has the potential to cause a logjam to supply chains that have proven so resilient during the COVID-19 pandemic.”