Port activity during COVID-19 – cruise hit hard, cargo…not so much

2020 October 1: Not many saw it coming and no one could have planned for it. In a matter of a few short months, the world was near panic as the most infectious viral disease known then to mankind spread uncontrollably to all regions of the planet. Left in its wake was darkness in places where people gathered for entertainment; empty seats in stands where people stood to cheer over beer. It cleared streets of pedestrian and vehicular traffic and effectively stalled movement and travel whether by land, air, or sea.

By the half-way mark in 2020, industrial marine ports were feeling the effects, directly and indirectly. The highly lucrative cruise tourism business was most affected, with governments the world over fearing the spread of death that moving large numbers of humans from one place to another facilitated. And the Caribbean, considered the cruise capital of the world for the high volume of cruise passengers sailing the sea-island chain yearly, was not spared. Dedicated cruise piers went into hibernation. Some, like St. Maarten, hosted cruise ships for repairs and some retrofitting.

However, as a random survey by the Port Management Association of the Caribbean revealed, in the first half of 2020, cargo ports did not fair as badly as dedicated cruise ports that are solely dependent on one type of cargo, humans. 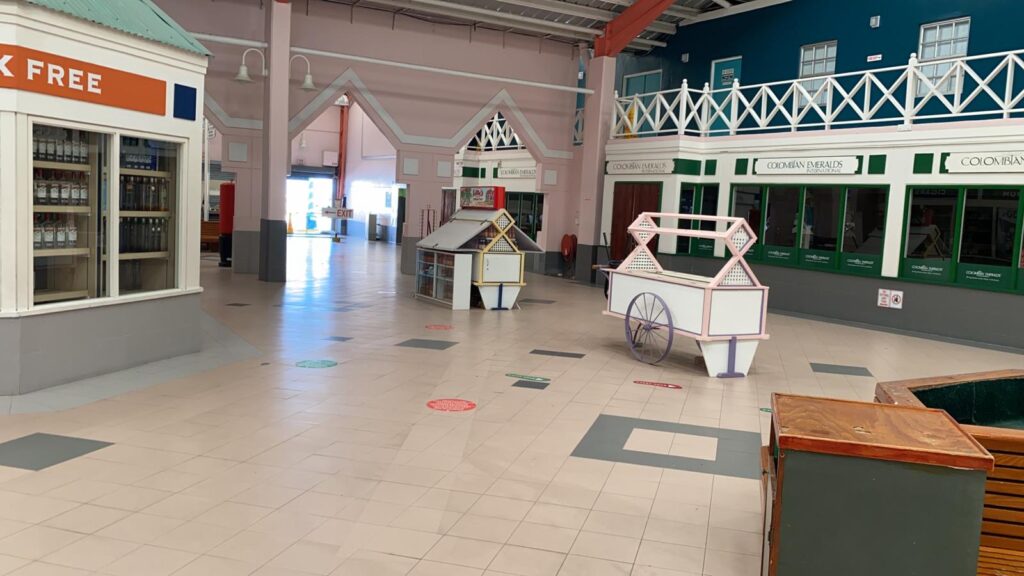 With April 2020 bringing only four cruise ships to Barbados, the signs were clear. In April 2019, Barbados logged 39 cruise calls and in April 2018, 33 cruise ship calls were reported. Despite the uptick in May as cruise port closures elsewhere made the news, by May, Barbados had received 29 fewer cruise ship calls than the previous year, an 11.3% decline in the first half over the corresponding period in 2019. Cruise port lockdowns and “no sail” orders affected tourism but the global supply chain was not as disrupted although it was effectively hampered by the difficulties the industry faced in moving seafarers to and from cargo ships. In April 2020, the Barbados port therefore saw 10 fewer cargo vessel arrivals as compared to 35 fewer cruise vessel calls.

Just now seeing a sustained increase in visitor arrivals following the opening of its $43million ‘mega cruise pier’ in 2017, Curaçao’s main cruise port had, like other Caribbean destinations, suffered a significant shortfall in cruise ship arrivals in 2020. Cruise ship calls to Willemstad over the first six months of each year, increased from 135 calls in (January to June) 2017 to 157 calls (2018); to 165 (in 2019). In the six-month period in 2020, the port received only 100 cruises. There were no dockings in April, May and June. 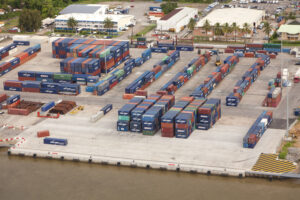 The Grand Port Maritime de la Guyane (in French Guiana), hardly a busy cruise port, did receive two cruise ships in the first half of 2019 but none during the corresponding period this year. Cargo traffic through the main port of French Guiana during (the January to June) first half of the last four calendar years grew steadily from 92 calls in 2017 to 148 in 2019, but declined by 20 vessel calls in the corresponding period this year. In first-half 2020, the port had more cargo vessel calls than in corresponding six-month periods in recent years.

Montserrat Port Authority had been experiencing encouraging growth in cruise business in recent years. Cruise vessel arrivals in first-half 2019 were more than during the corresponding periods in 2018 and 2017. However, in the first half of this year, Montserrat say only nine cruise ships, compared to 17 in the corresponding period in 2019. It waved goodbye to the last cruise passengers in February. Cargo vessel arrivals, which were also on the increase, did suffer decline but, not to be extent of cruise tourism. Notwithstanding, Montserrat saw a decline of about 25% in cargo vessel arrivals during the first half of this year, from 229 to 172 when it had been logging annual increases for the corresponding six-month period as its rebuilding and redevelopment programmes continued. 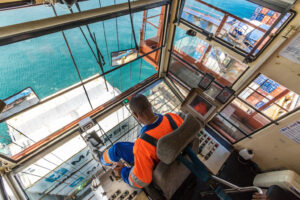 As with other regional ports, the flow of cargo ships into Martinique’s main port was hardly affected in the first six months of 2020. Unlike most others reporting a decline in cargo vessel arrivals, Martinique reported a marginal increase (6%) in the first half of 2020, from 347 to 367. This was however 27 fewer cargo ships than docked at Fort-de-France in 2018. The French territory received 100 cruise vessels during the six-month period under review. Marginally down from 108 calls during the corresponding period last year, COVID-19 exacerbated last year’s 35% decline from 167 cruise vessel arrivals during 2018. []