Yielding to local and global pressure …Belize says no

2019,March 1: Peace has returned to the tranquil waters off Belize. The hopes entertained by aspiring hydrocarbon prospectors to exploit an estimated 3.2 billion barrels equivalent of oil and gas have been put to rest.

After a decade of contention between the government and local and foreign environmental protection lobbies – with support from UNESCO – the government cancelled prospecting licences it had granted to several companies for developing its oil and gas resources. At the heart of the dispute was the threat that oil exploration could pose to Belize’s 300km Mesoamerican coral reef, the world’s second largest after Australia’s Great Barrier Reef.

The Belize Barrier Reef Reserve System, the largest barrier reef in the northern hemisphere, is home to hundreds of marine species which the lobbies felt would be endangered by the planned oil exploration. The species identified included marine turtles, manatees, the American marine crocodile and whale sharks.  Such was the threat that in 2009, UNESCO added the reef system to its list of endangered sites and urged the government to take special measures to preserve it.

Exploitation of Belize’s immense (3.2 billion b/d) offshore oil and gas potential would have made that country a significant global producer.

At the other end of the region, Guyana’s estimated resources of five billion barrels equivalent will lead that country to produce about 750,000 b/d by 2025. If Belize had gone ahead with exploiting its hydrocarbons – producing even a half of Guyana’s projected output – the Central American country’s economy would have been significantly transformed.

The environment protection lobbyists became immediately engaged. They made a series of petitions urging the government to cancel the contracts. Sustained resistance by the lobbies forced the government to delay seeking a replacement for OPIC which had turned in its licence – a move the government then conceded was the result of pressure from environmentalists.

In February 2012 the environment lobbies tried to force a national referendum on offshore oil exploration. However, the elections commission stymied that initiative, saying support for the vote was insufficient. The lobbies however claimed that 96% of the signatories were against offshore exploration. But, the environmentalists scored a victory in April 2013 when the supreme court ruled that six production sharing contracts concluded by the energy ministry were not valid. The court ruled that they did not meet the government’s benchmarks for competence in exploration and production.

The court said the government failed to assess the environmental impact on Belize’s ocean resources before issuing the contracts, as required by law. The contractors “did not demonstrate a proven ability to contribute the necessary funds, assets, machinery, equipment, tools and technical expertise to drill safely,” the court said. 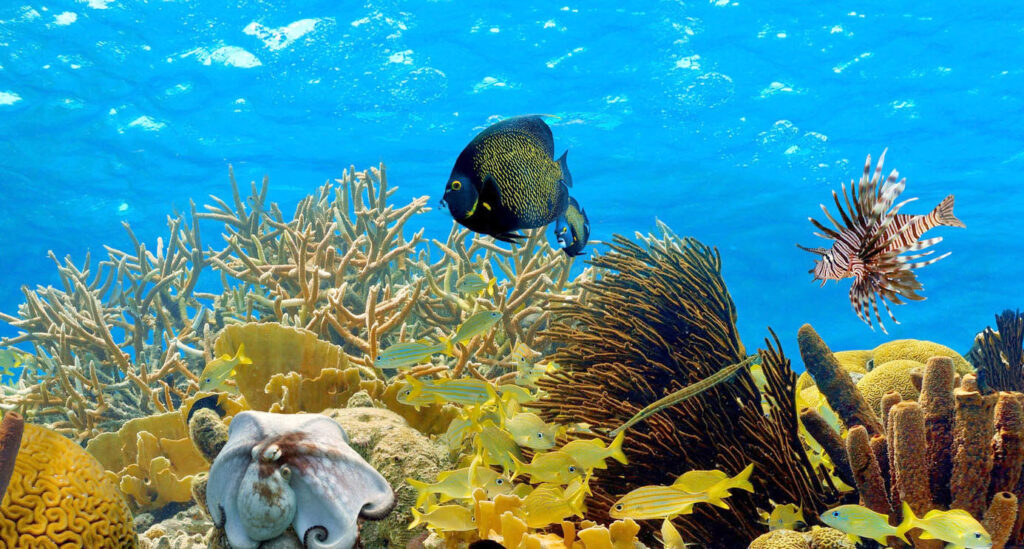 This development was followed by growing international pressure, with the government receiving pleas from almost half a million people around the world to abandon the plans for prospecting around the reef. The arguments were driven by the consequences of BP’s massive Deepwater Horizon oil spill in the Gulf of Mexico three years earlier and the devastating impact a similar accident could have on the Mesoamerican reef.

Belizean legislators accepted the arguments, and imposed a moratorium on offshore prospecting in December 2017.

With this decision, on June 26, 2018 at the 42nd session of UNESCO’s World Heritage Committee meeting in Bahrain, the decision was made to remove the Belize Barrier Reef Reserve system from the List of World Heritage in Danger. []