2020, October 1: Governments should heed the call to protect their nationals at sea by officially according their seafarers ‘key worker’ status.

The coronavirus disease (COVID-19) has significantly disrupted global communication, work, travel and overall life as we have come to know it.

The first report of an unknown case of pneumonia was made in December 2019 and thereafter the World Health Organization (WHO) declared the outbreak a Public Health of International Concern on January 30, 2020.  Following an increase in confirmed cases, the WHO thereafter announced the COVID-19 outbreak a “pandemic” on March 12, 2020.

In efforts to control and halt the spread of this novel disease, many countries sought to introduce new legally enforceable measures. These included national curfews, physical distancing restrictions, closure of schools and businesses, as well as, closure of airports and some shipping ports. This resulted in a sudden halt in economic and most social activities and a sharp decline in the tourism activities for many countries.

Worldwide cruise operations were suspended in mid-March. This suspension, coupled with the closure of international airports, caused significant decline in the global tourism industry. This has been particularly devastating for small island developing states SIDS.

For decades, tourism has been the main economic activity for SIDS creating job opportunities, income and foreign exchange earnings. Despite the suspended cruise activities and the increased border restrictions, commercial shipping remained mostly unchanged, due to the unwavering global demand for cargo, goods and personal protective equipment (PPE) to assist with the control of disease and cater to changing lifestyles.  Despite commercial operations being close to normalcy on the high seas, the new measures implemented by individual states have greatly impacted a key profession in the global maritime industry: seafarers. 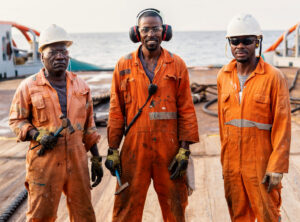 Seafaring is one of the world’s oldest professions and has remained as important now as it was in the earliest days of international trade.

Accounting for approximately 80% of global trade, the shipping industry is vital and requires the likes of well-trained and well-skilled professionals to sustain shipping operations and meet international trade demands. There are approximately 50,000 merchant ships actively trading in international waters, with an approximate 1,647,500 seafarers employed to work in tandem on board the vessels. Seafarers are engaged under legally enforceable Seafarer Employment Agreements (SEA), which outline the terms of employment, including the period of engagement, hours of rest, remuneration, among other things. On expiry of the SEA, seafarers are to be repatriated in accordance with the terms of their agreements.

The MLC has been ratified by 97 states. About seven of those are Caribbean SIDS.

Regulation 2.5 states that seafarers have a right to be repatriated, at no cost to themselves, when their SEA expires while they are abroad; when their SEA is terminated; and/or when the seafarers are no longer able or cannot be expected to carry out their duties under the SEA.

Since the COVID-19 outbreak however, seafarers have been facing unexpected impediments to their rights to repatriation on the occurrence of any of the circumstances under Regulation 2.5 because of the national border restrictions imposed by many countries worldwide. Some seafarers have therefore been subjected to extension of their employment agreements and disruption of crew changes due to inability to travel to the required ports of embarkation and entry restrictions imposed by states at ports of disembarkation.

On March 30, 2020, the WHO issued guidelines to assist states with navigating the challenges resulting from the COVID-19 outbreak. The WHO recommended that states identify those ‘essential services’ to be regarded as priority for maintaining continuity of service delivery and provide maximum benefit for the population. In response, individual states listed services considered to be essential services. This included health care, law enforcement, energy and water, food and local transportation. In many countries however, seafarers were not initially included.

This situation presents a conflict of laws of sorts. Seafarers have a right under international law, as well as a contractual right, to be repatriated to their home country. But they were simultaneously barred from entering their home country because of recently legislated measures to fight the spread of the global pandemic.

This state of limbo had other concerning effects on seafarers. The International Transport Workers’ Federation (ITF) indicated that it had received reports of seafarers being subjected to forced unpaid leave; salary cuts; and, lack of critical medical attention. 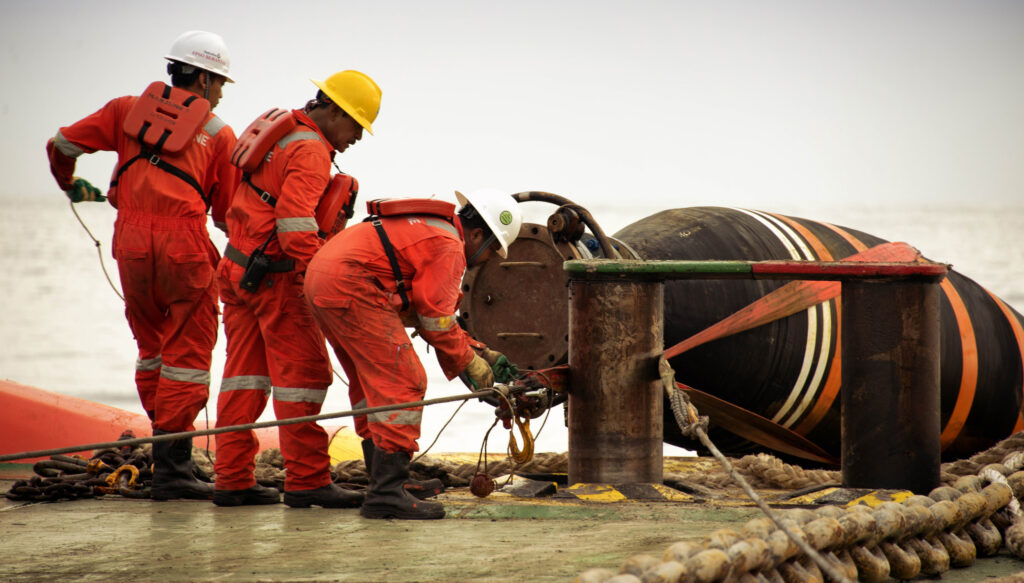 In light of these occurrences, there has been a call by some states and stakeholders for states to recognize seafarers as “key workers”, so as to enable their repatriation rights under international law and their employments agreements; and, to facilitate crew changes for the continued functioning of marine cargo transportation so as to meet international trade demands.

By way of Circular Letter No.4204/Add.6, the IMO issued a preliminary list of recommendations for governments and relevant authorities for the facilitation of maritime trade during the COVID-19 pandemic. It was issued to all IMO Member States, the United Nations and its specialized agencies, intergovernmental as well as non-governmental organization in consultative status with the IMO.

The recommendations included, among other things, a plea for states to designate professional seafarers and marine personnel, regardless of nationality when in their jurisdiction, as “key workers” providing an essential service.

Following this recommendation states including, Panama, the Philippines, India, the United Kingdom and New Zealand responded by recognizing seafarers as key workers and have facilitated seafarer repatriation and crew changes. Others did not declare seafarers ‘key workers’ but have since facilitated their repatriation.

In May, a further joint statement by the IMO, ILO and the International Civil Aviation Organization (ICAO) reiterated the call for the designation of seafarers and other marine and aviation personnel at airports and seaports as “key workers”. The statement urged states to facilitate crew changes in ports and airports in the context of the COVID-19 pandemic. Following the issuance of statements of support by various international organizations, many states allowed seafarers to repatriate.

Whilst this is a positive indicator, there were still approximately 100,000 cruise ship workers at sea awaiting repatriation.

It was estimated that as of mid-June, about 150,000 seafarers would require monthly international flights for crew changes, with approximately half of that number travelling for repatriation and the other 50% travelling to join other vessels. However, there has been little attempt at legislating the status of seafarers as “key workers” to adequately address the issues currently being faced. Many countries expressed their intention to reopen their borders in June, but this action was related to current situation regarding the COVID-19 outbreak within their borders and as such was not definitive.

Without the introduction of international legislation that will: (a) designate seafarers as key workers, and, (b) hold states accountable for facilitating their rights to repatriation and crew exchange under international law, these important workers in the shipping industry will be left in perpetual limbo.

The displacements and human suffering witnessed in this matter of seafarer repatriation may appear to be resolved or abandoned with the gradual reopening of national borders. However, special attention should be given to this grave issue. In the event of another matter of international concern, the seafarers could find themselves in a similar and even worse situation.

Seafaring is vital for sustaining marine transportation and international trade. If states do not facilitate the movement of seafarers, this can have far reaching effects. Disruption of international trade; consequential employment issues; and, more importantly, mental health issues amongst seafarers. As regards the latter, regrettably, in recent times some seafarers have resorted to suicide and self-harm when faced with enforced confinement amounting to incarceration.

All states are urged to protect the human and contractual rights of seafarers. They are, collectively, an integral part of the global supply chain.

Governments should heed the call to protect their nationals by according their seafarers ‘key worker’ status. This is important for sustaining life and uninterrupted global trade. []