Protecting fragile eco-systems – cruise lines getting on board

2017, November 1: The trail of death and destruction left behind by the super storms of the 2017 Atlantic hurricane season was a grim reminder of the fragility and vulnerability of the Caribbean environment.

The conclusions drawn from decades of scientific studies, still doubted and dismissed by some, were again proven correct. The environment of planet Earth is changing, largely because of human activity. The warnings have been well documented: depletion of the ozone layer, global warming, formation of super hurricanes, rising sea levels; and, the interrelationship between all four. 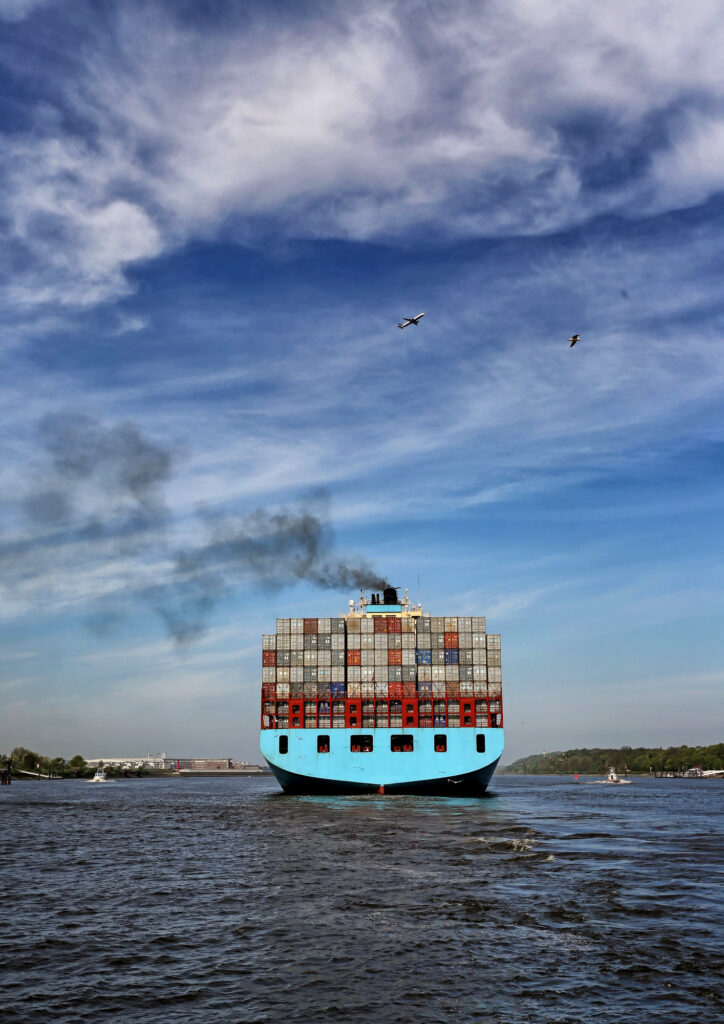 Scientists have been unequivocal. There are imbalances. Much of it has been the result of human interaction with the environment through ill-advised industrial practices and ill-conceived methods.

Studies began decades ago with a focus on industrialisation, discharges of effluents of production and the cumulative effects on Earth’s environment. And the smoke, mixed with fog that hung in the air over industrial cities, was of particular concern. Indeed, it was soon identified as a serious health hazard.

The term air pollution entered the global lexicon in the early period of the 20th Century, as studies linked premature deaths with the visible mix of smoke and fog that increasingly engulfed industrial cities in China and in Europe. The word ‘smog’ (formed from the words smoke and fog) was coined.

Sulphur oxides, nitrogen oxides and fine particles were identified in the smog which hung over industrial cities of the North. The presence of sulphur dioxide, produced from burning fossil fuels (i.e., oil, coal and natural gas), was particularly troubling.

Indeed, it was found that sulphur dioxide pollution was a significant component of the “great London smog” in 1952, in which more than 4,000 persons died from respiratory ailments and which was so thick that public transport – roads, rail and airports – had to be closed.

Studies later showed that not only were sulphur oxides, collectively, a major part of the problem, but that sulphur compounds travelled great distances in the upper atmosphere and therefore caused significant problems across great distances.

Sulphur oxides are compounds of sulphur and oxygen molecules. Sulphur dioxide (SO2), the most common, is found in the lower atmosphere. It readily dissolves in water vapour to form sulphurous acid (H2SO3). This ‘poisoned water’ ultimately falls to earth as ‘acid rain’.

All these gases were found to be dangerous and harmful to life and the environment. And it became clear that about 99% of sulphur dioxide in the atmosphere was produced by activities of mankind.

Acknowledging the dangers posed by the exhausts of industrial activity, scientists reached a consensus that – to protect Earth – mankind had to reduce total emissions generated by the combustion of fossil fuels.

Two of the three, coal and oil, release sulphur dioxide into the atmosphere when burnt, causing respiratory problems for living creatures and producing a serious threat (acidification) to plant life and, as acid rain, to water ecosystems. Acid rain also causes damage to buildings and materials. 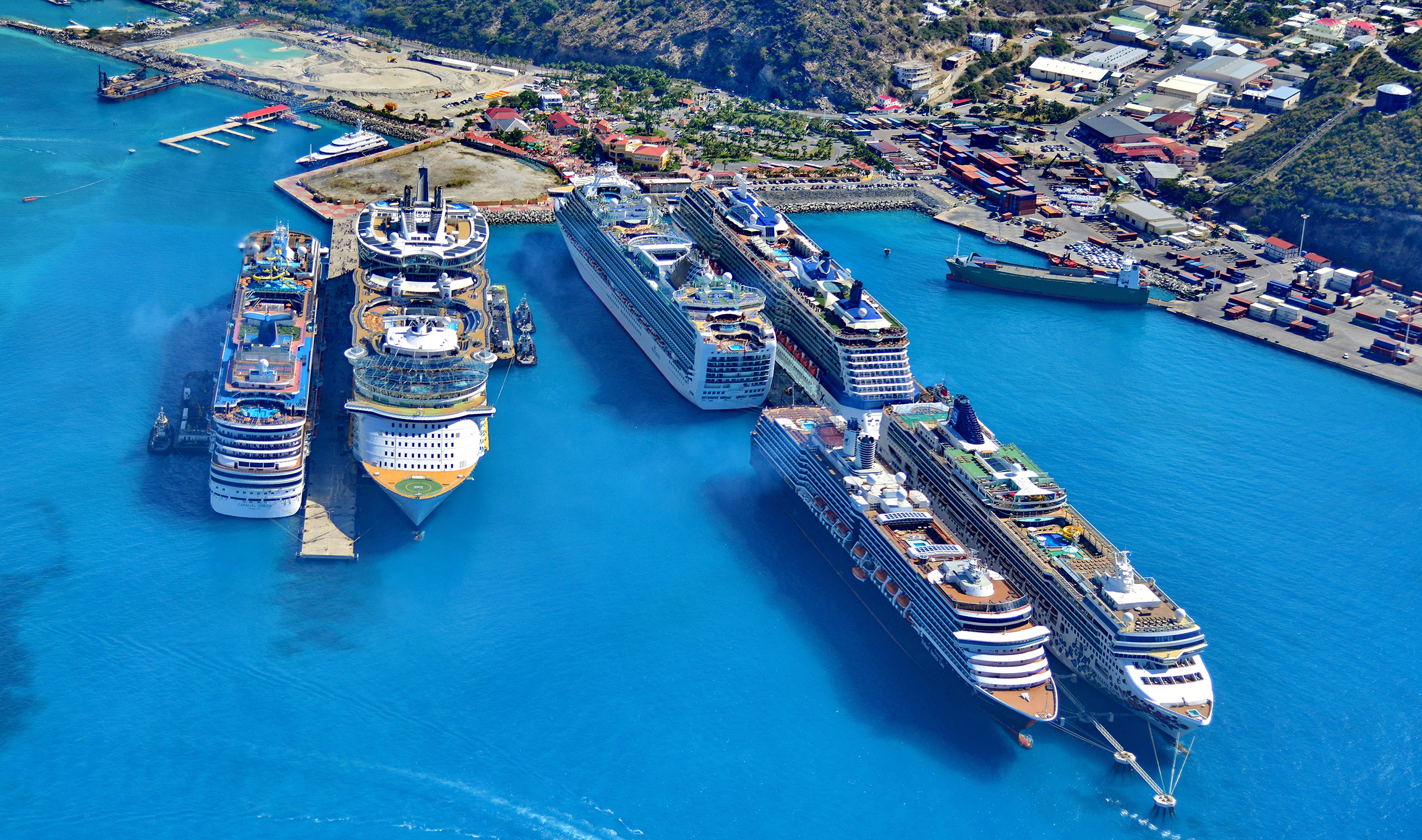 Like all self-powered machines with internal combustion engines, cruise ships are powered by oil-based fuels. Their massive engines run continuously, not just on the open sea but also in ports when the ship, although stationary, is generating power to keep vast arrays of electrical, electronic and motorised systems operating. As the cruise industry expanded rapidly, with bigger ships entering the trade every year, grave concern about the role of cruise ships in polluting the pristine Caribbean environment has surfaced.

Cruise business has become a mainstay of Caribbean tourism. Dozens of cruise ships criss-cross the region daily. Most territories in the Caribbean receive cruise ships and cater to tens of thousands of cruise passengers every year. Some countries, including Jamaica and The Bahamas, have more than one cruise ship port. Others that have one cruise port have capacity to berth two or more ships in a day.

These three destinations, according to the published schedule, will receive a total of 253 cruise ship calls over 30 days in November and 290 calls in the 31 days of December.

These numbers should make local tourism stakeholders happy. But there are implications, other than sales and revenue.

Cruise ships stay in port, on each visit, an average of eight to ten hours. A simple equation, using 8 as the multiplier, i.e. [(8 hrs) X (# of ships in port)], will likely yield a conservative estimate as to how many hours the environment at each destination will be exposed to deadly SO2 being discharged into the atmosphere. Using this (admittedly crude) formula: in a mere 30 days (in November), The Bahamas will have the equivalent of 47 (24-hour) days of exposure to sulphur dioxide discharges from cruise ships anchored in its ports; Jamaica, 27 days; and, Antigua, 10 days, providing each ship stays no more or less than eight hours per visit. In the 31 days of December, the month the tourism peak season begins, using this crude assessment: The Bahamas would have the equivalent of 50 days of exposure; Jamaica, 27 days and Antigua, 19 days.

Clearly, this formula is crude. It is simplistic and speculative and therefore CANNOT be used for detailed planning. We know, for example, that some cruise ships stay overnight in port … much longer than eight hours. We know that all engines are not turned off during extended visits. And, in some cruise ports, a cruise ship visit could be significantly less than eight hours for a variety of reasons. We also know that hurricanes this past summer will increase traffic to cruise ports that did not suffer dislocation. Therefore, until audited, detailed industry statistics are readily available, our assessments may be faulty. However, there is no choice but to begin our assessments with information we do have, even if re-calculation becomes necessary when audited data are available.

Cruise ship lines, with multi-billion-dollar investments in state-of-the-art ships, cutting edge technology and in reception facilities at various destinations across the region, have a vested interest in keeping the Caribbean environment in pristine condition. And, increasingly, they have been proactive in protecting the environment. Old attitudes have been replaced by enlightened

self-interest. A concern to protect long-term capital investments and the interests of shareholders by employing modern technologies to reduce the negative impact of the industry on the environment is now, increasingly, evident.

The Cruise Lines International Association (CLIA), which represents the major lines, recently stated that USD1 billion was being invested in environmental technology (including technologies pioneered by the cruise industry). The initiatives in this regard were accelerated on September 6, 2017, when the keel of the AIDAnova was laid at Meyer Werft in Germany. With the ceremonies surrounding that event, Carnival Corporation marked the start of construction of seven cruise ships that will be fully powered by liquefied natural gas (LNG). The ship will be delivered to AIDA late next year (2018).

The seven LNG ships (for cruise brands Carnival Cruise Lines, Costa Cruises, Carnival UK, and AIDA Cruises) will be built by Meyer Werft in Papenburg (Germany) and Turku (Finland) and commissioned between 2018 and 2022.

“The cruise industry recognizes the importance of investing in innovative ship technology to preserve our environment and provide an eco-friendly travel experience. … And, with each new build, CLIA cruise line members raise the bar for developing environmentally friendly ships,” Cindy D’Aoust, President and CEO of the CLIA told Globe Newswire in August last.

According to the CLIA, cruise lines will continue to reduce emissions into the atmosphere. Exhaust gas-cleaning systems (EGCS) offer an alternative to the use of low sulphur fuels, reducing the level of sulphur oxides in a ship’s exhaust by as much as 98 percent.

With the use of AWTS (i.e., advanced water treatment systems), CLIA ocean-going cruise line members have committed to protecting the world’s oceans by not discharging untreated sewage anywhere, a practice of which some have been accused in the past. Many cruise lines reportedly operate AWTS to treat wastewater beyond the requirements of most waste treatment facilities of coastal cities, according to the CLIA.

The Association said that, in order to improve fuel efficiency and to incorporate as many eco-friendly systems as possible, some lines are using solar energy to power some equipment and lighting.

Moves to significantly reduce energy consumption for heating, ventilation and air conditioning systems (HVAC) are also being reported. In this regard, the CLIA stated that newer ships are designed to pump only the amount of chilled water required for cooling. However, perhaps the most significant of the recent initiatives and innovations is the expanded use of LNG and the much-publicised announcement by Carnival Corporation in September at the keel-laying of the AIDAnova.

Every initiative to eliminate soot particles and reduce CO2 emissions is good news. The move to expand use of LNG makes economic sense to cruise lines. Savings of up to 30% in fuel costs are expected. However, those savings are nothing when compared with the overall economic benefits of a pristine Caribbean environment.

Expansion of LNG use in cruise ships is indeed good news. Caribbean peoples depend on extremely fragile eco-systems for their very survival let alone development. []