2017, June 1: It was long-known that the country had significant oil and gas potential. It lies in the Guianas Shield that runs from Venezuela to French Guiana, which the United States Geological Survey (USGS) says is highly prospective and could contain technically recoverable resources of more than 13.6 billion barrels of oil; and, 21.2 trillion cubic feet of natural gas reserves.

While the dramatic fall in oil processing two years ago has made many major oil companies tentative in their exploration efforts, the US firm, ExxonMobil, has been aggressively pursuing its licence for prospecting the deepwater Stabroek block, about 160 km off the Guyanese coast.

The potential that has been identified could make Guyana a major producer of oil and gas, superseded in the neighbourhood only by Venezuela and Colombia and ahead of others such as Trinidad and Tobago and Cuba.

ExxonMobil has reported several successful strikes on Stabroek. The first reported was its Liza-1 well, in May 2015. The company said it contained more than one billion barrels of oil and gas equivalent. The company reported in March this year (2017) that the Snoek well – its sixth on Stabroek ­ had substantial high-quality, oil-bearing sandstone reservoirs. 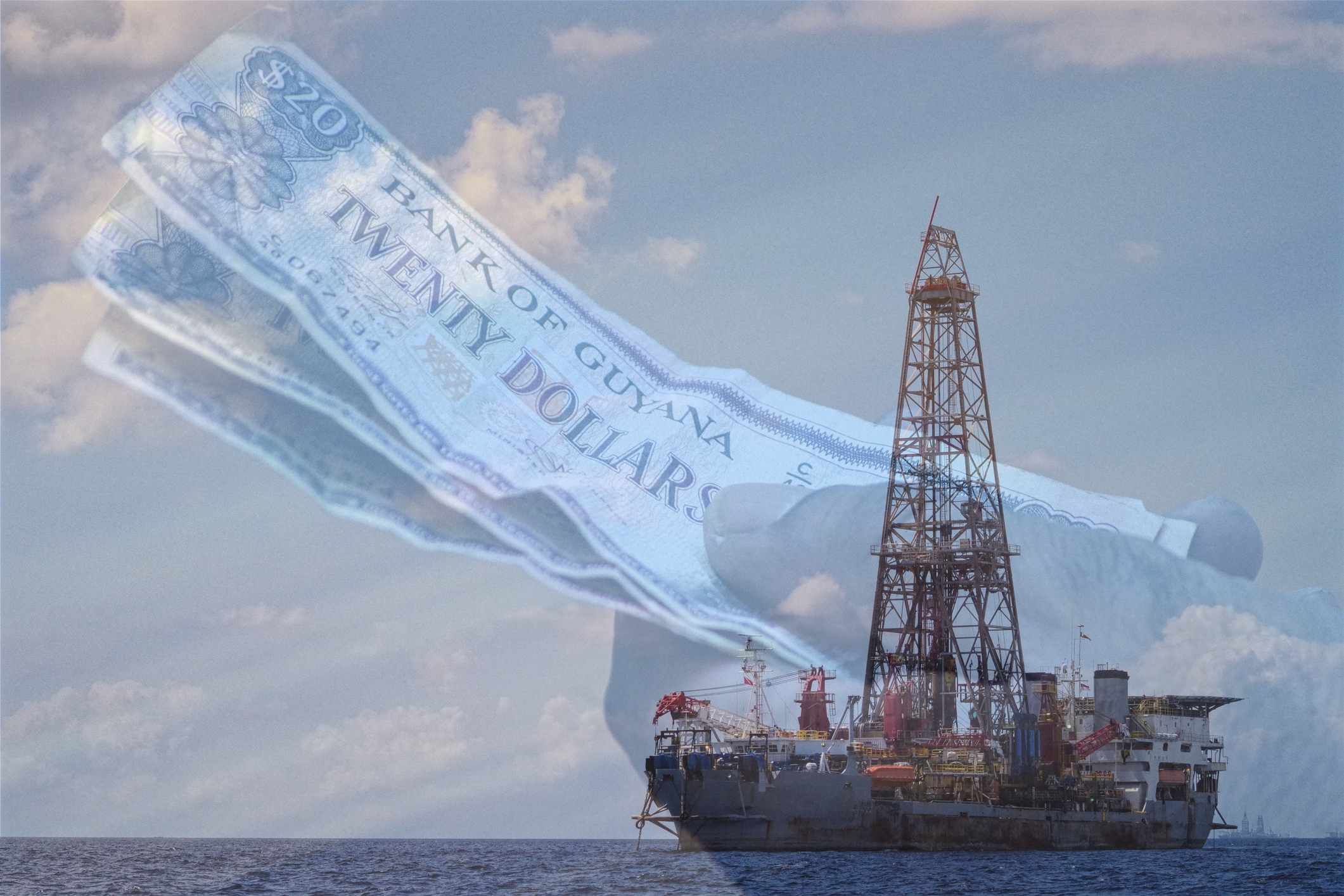 The Stabroek block discoveries will significantly change Guyana’s national economy. The country produces no oil or gas. Up to September 2015, it imported about a half its oil products from neighbouring Venezuela, under Caracas’ preferential PetroCaribe facility. Then Venezuela suspended shipments under that agreement when a protracted territorial claim flared after ExxonMobil announced its successful exploratory strike.

Venezuela has long claimed sovereignty over the resource-rich Essequibo province. Essequibo covers the western two thirds of Guyana’s mainland. The dispute prevented the countries from agreement in demarcating their maritime boundary. Venezuela claimed the Stabroek block is part of its maritime area. The claim was dismissed by Guyana with the argument that that matter was already resolved, decades ago.

Guyana is studying the possibility of building a refinery to process the oil from the Stabroek. The government commissioned the United Kingdom´s Chatham House to conduct a study on such a project. However, some experts have suggested that a refinery in Guyana might not be economically viable. They have proposed that the country sells its share of the oil ­ possibly back to ExxonMobil ­ to be processed in that company’s refineries.

The potential of the Stabroek block has drawn the attention of another neighbour. Trinidad and Tobago’s state-run oil company, Petrotrin, has shown interest in refining Guyana’s oil. Trinidad’s domestic oil production has been falling steadily in recent years and Petrotrin has been importing increasing quantities of oil – mainly from Russia and Gabon ­ to feed its refinery. However, the processing of oil from the Stabroek block in Trinidad’s refinery would depend on what Guyana’s government and ExxonMobil consider to be their best options.

Another benefit for Guyana will be access to about 50 million cubic feet of natural gas per day from the Stabroek block, which the government says will be used for power generation. The gas would replace some of the fuel oil and diesel used for electrical power generation. The government says natural gas from Stabroek could make a bauxite refinery feasible. This would revive the country’s once-thriving bauxite mining and refining operations.

Behind the economic promise of the production of oil and gas from the Stabroek block are latent concerns over the possible damage that could be caused by the sudden inflow of significant volumes of foreign currency. In particular, government officials have spoken of the likelihood of the country suffering from a “paradox of plenty” and “Dutch disease” that has afflicted some oil and gas producers in recent years.

The concern is that a significant inflow of revenue could cause a strengthening of the local currency and drive up imports while increasing unemployment.

Government officials point to the 1960s economic crisis in The Netherlands (following discovery of natural gas in the North Sea) and also Nigeria’s handling of benefits from its oil industry.

Guyana appears to be planning to counter these problems and has created a petroleum directorate to oversee the industry and which “…follows international models which separate policy development from regulation monitoring,” said the country’s Minister of Natural Resources. It is also updating legislation to govern domestic oil and gas production, including matters related to taxation, the environment and health and safety.

The petroleum directorate is similar to that of Norway’s, according to government officials, who also say the Norwegian model will be used in the creation of a sovereign wealth fund that will help to protect the economy from the negative consequences of sudden inflows of foreign currency. The fund will be the vehicle for managing the inflow of foreign currency from oil and gas, and determining how the income is used. []

* Canute James, PhD, Adjunct Senior Lecturer and former Director of the Caribbean Institute of Media and Communication (CARIMAC), Mona Campus, University of the West Indies, was a news reporter for the Financial Times of London and radio reporter, presenter and producer in London, England for the BBC.