2020 April 2: At Colombia’s main port, SPRC-Contecar, there is no vacillation in response to climate change. The Caribbean-South American mega port system has five major projects running currently, all designed to dramatically reduce the port’s carbon footprint in record time. All this in addition to ongoing environment protection measures previously put in place at the Port of Cartagena. 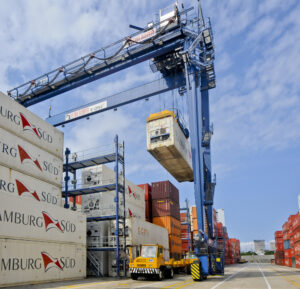 SPRC also has other projects in the planning phase. The five big ones are:

The RTG electrification to reduce significantly the consumption of diesel fuel by SPRC started in 2015. At that very time, the project to get rid of the sodium lighting had also started. The company decided to electrify 15 RTGs to replace diesel consumption. Cable reel was selected over busbar to convert the machines’ power source from internal combustion engine to electricity. They were converted at a cost of 270,000 USD each. This project was expected to reduce annual operating costs of each RTG by 80,000 USD; and, reduce CO2 emissions by about 160 tons per RTG.

“Currently, we have over 40 RTGs electrified already. That is about 60% of our current fleet. We should reach 100% of the fleet by 2021. In total, that will mean that about 75 RTGs will run electric,” said Giovanni Benedetti, Head of Marketing in the Port of Cartagena Group.

A year later, in 2016, the port moved to further reduce usage of electric power by ensuring that power-burning systems were not turned on and activated unless necessary. Installation of clock-timed control systems to turn air conditioners and yard lighting on and off was then initiated.

In 2017, SPRC turned its attention to addressing the emissions from truck engines at idle. And last year, the project to cover the new warehouse roof with solar panels was initiated.

The massive use of solar panels in the port’s new 22,000m2 warehouse at Contecar is expected to generate more than three million kilowatts per hour in a year. This new warehouse will therefore contribute to the overall efforts by SPRC to keep in check and reduce the ports carbon footprint by aggressively controlling CO2 emissions. 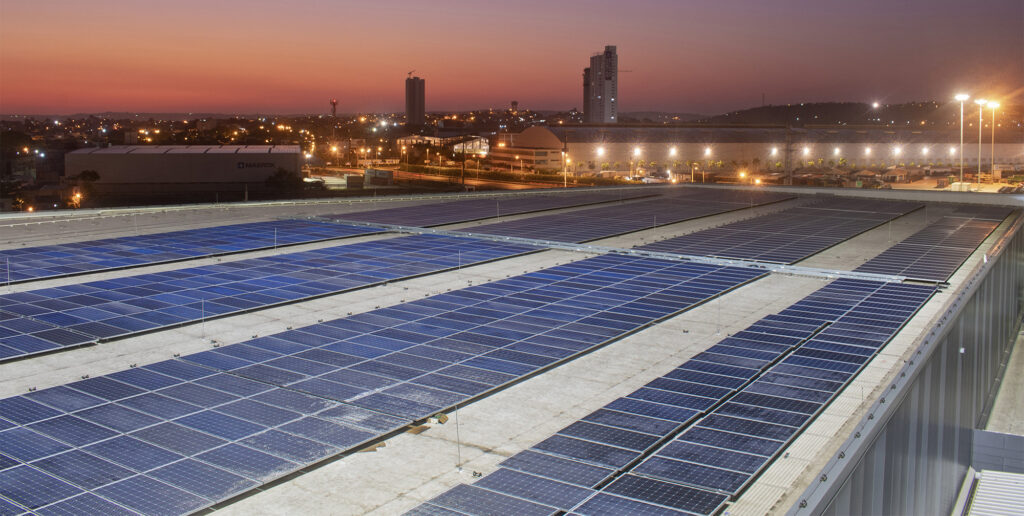 Projects now being planned include LNG power generation to replace diesel fuel; and, collection and use of rainwater for irrigation. Plans also include advancement of the port’s recycling process with addition of a tool that allows the separation of different parts (usable or not) of oil filters coming from service maintenance of machinery and equipment. The control of CO2 emissions for vessels is also being addressed in SPRC’s wide-ranging strategy to reduce the port’s carbon footprint.

The programmes established in SPRC Environmental Management strategy are: