2019, November 1: In 1976, four years before the first Special Economic Zones (SEZ) were created in the coastal area of southeastern China, Jamaica’s government had already established its first such facility next to the Kingston trans-shipment port.

The Kingston Free Zone of about 180,000 m2 ( 44.5 acres) was followed 10 years later by the twice-as-large Montego Bay Free Zone, established on the western side of the Jamaican north coast tourist mecca. Private and single entity free zones – Hayes, Garmex and Cazoumar –were also established, largely to facilitate the outsourcing business in the garment sector.

Forty years after its first SEZ was established, Jamaica repealed and replaced the enabling legislation with the Special Economic Zone Act 2016 which updated and expanded the capacity of the law to stimulate investment and development. Changes brought into the new legislation took into account, among other 21st century realities, the expansion of the Panama Canal; and, global standards for economic zone development. 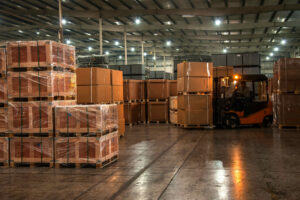 SEZs provide speedy returns on investments and a fast track to economic development. Four years after the Kingston Free Zone swung its gates open, ultimately to allow thousands of Jamaicans access to a range of employment opportunities, the first four SEZs were established in cities in Guangdong (Shenzhen, Zhuhai, and Shantou ) and Fujian provinces. By 1984, still two years before Montego Bay Free Zone was open, the Chinese government had seen the light and was using SEZs to stimulate economic revival in other cities. Fourteen 14 larger and older cities along the coast were reinvigorated with infusions of foreign trade and capital investment.

“These ‘open’ cities offered foreign investors much the same incentives as in the special economic zones, but their corporate income taxes were higher.” [‘Special economic zone – Chinese Economics’ The Editors of Encyclopaedia Britannica, Sep 20, 2019]

Jamaica is reporting similar (if not the same scale) enthusiasm just two years after passing its SEZ legislation. Over 145 applicants have already been approved, 50 entities were reportedly awaiting SEZ licences and there was interest from 15 countries being processed this past summer. This volume of interest has been raising some concerns about investment opportunities slipping by and the opportunity cost of not being able to quench immediate demand with immediately available space. Indeed, the CEO of the Jamaica Special Economic Zone Authority (JSEZA), Dr. Eric Deans is reportedly quite concerned. He knows that people interested in outsourcing business processes or in setting up entities to supply required services have no interest in construction. They want to move in and set up immediately.

Jamaica Special Economic Zone Authority is the entity entrusted with responsibility for administration and oversight of the provisions of the legislation and established global standards for economic zone development. Sub-headings for these standards include: countrywide zone development without export volume preconditions; private sector zone development and management; two-way trade between zones and the rest of the economy (thus removing the repealed 15% cap on domestic sales); and, economic, social, and environmental sustainability.

Speaking at a local business forum in October last, Dr. Deans bemoaned the fact that construction of units in SEZs was trailing demand badly. He said that despite the tax incentives provided under the Special Economic Zones law, construction was not keeping pace with demand for space. []