We delay ratification at our peril

Many countries across the Caribbean Region remain vulnerable, even imperilled, because they have not fully implemented international treaties by bringing them into common law. For example, 86% of countries in the Wider Caribbean Region (WCR) appear to have ratified the International Convention on the Prevention of Pollution from Ships (MARPOL). However, in actuality, only 24% of these countries have implemented this critically important global Convention which ultimately protects one of the Region’s primary economic pillars, Tourism.

MARPOL and other global Conventions that were promulgated to protect our ‘protected’ Region must be fully implemented, as soon as possible, so as to decelerate or prevent irreparable man-made damage. Time is of the essence and so Governments across the Region must move with urgency to bring global Conventions into force before it is too late.

The Inter-Governmental Maritime Consultative Organization was formed in 1948 at an International Conference in Geneva. The purpose was to promote maritime safety more effectively. The name was changed in 1982 to International Maritime Organization (now commonly referred to as ‘the IMO’). Besides encouraging and facilitating the general adoption of the highest practicable standards in matters concerning maritime safety, efficiency of navigation and prevention and maritime pollution from ships, the Organization is also empowered to deal with administrative and legal matters related to these purposes.

The IMO initially focused on matters like revamping the Safety of Life at Sea Convention (SOLAS). However, with the Torrey Canyon disaster of 1967, when approximately 120,000 tonnes of crude oil were spilled the scale of having to deal with massive spillages and to operate in the absence of Regulations was demonstrated. The IMO has since 1982 drafted and published many Conventions. Often, they are quietly ignored by the very countries they were designed to protect.

The Conventions promulgated by the IMO are many and include:

Other Conventions relating to prevention of marine pollution include:

There are another eight Conventions covering liability and compensation and others dealing with Tonnage Measurement and SALVAGE 1989, the latter being important to ports. I have purposely shortened the names of some of the above Conventions, as most of them are known by their acronyms.

Port State Control programmes are of a regional nature and there are ten Port State Control Regimes. And the Memorandum of Understanding is to ensure that vessels trading in a particular area are not substandard.

The Caribbean Memorandum of Understanding is supposed to be no different. Caribbean Inspectors have been trained and whether or not it is due to the lack of Inspectors, most inspections have been on vessels of less than 500gt. More recently, Inspections have increased to larger vessels but the number of high-risk vessels is still low. The inspected percentage is below the world average.

A functioning Maritime Authority to ensure that Port State Control is carried out is integral to the protection of the environment and keeping substandard vessels from traversing one’s territorial waters. On a recent visit to the IMO website, I was pleased to see a large number of countries showing a status of compliance with most of the IMO Conventions, particularly those to do with Port State Control. However, on digging down deeper the compliance was just an indication of those who applied for accession and had been confirmed. Full compliance has not been achieved. Some glaring cases were “acceded 2010 and hoping to fully implement 2023”. This is not acceptable.

Assuming that the Port State Control mechanism will look at the compliance of the main conventions under its direct Terms of Reference, let us now look at other Conventions impacting directly on port management.

COLREG 1972 affects everyone as collisions at sea most be avoided at all costs. A port may establish or be part of a vessel traffic advisory system ensuring that a central operator controls all movements. If there is no VTS the Port Manager must have in place a robust communication system to take charge of all vessel traffic, berthing, unberthing and in transit vessels to ensure that the COLREGS are fully observed.

Facilitation of International Maritime Traffic (FAL 1965). The main objectives of this convention are to prevent unnecessary delays in Maritime traffic. It calls for co-operation between Governments and uniformity in formalities. Facilities like the Single Electronic Window (SEW) reduces duplication and improves the efficiencies documentation of vessels arrival and departure.

Ports are the interface between land and sea. The International Convention on Maritime Search and Rescue (SAR) 1979 requires a port to be equipped in a certain fashion to facilitate SAR. Special equipment may have to be purchased. The port manager must ensure that, if the port is assigned this important responsibility, that all equipment is up to date and fully operational.

The International Convention for Safe Containers (CSC) 1972 has two goals. One is to maintain a high level of safety of human life when handling containers. The second is to facilitate the international transport of containers by providing uniform international safety regulations equally applicable to all modes of surface transport. This places a tremendous responsibility on the port manger to ensure that all equipment used in the handling of containers are properly maintained and certified.

Conventions pertaining to compensation and liability due to marine pollution including the protocol on preparedness may or may not fall under the port mangers responsibility, depending on the jurisdiction. A convention loosely called the London Dumping Convention, dumping of wastes and other matters (LC), 1972 (and the 1996 London Protocol) has a tremendous impact on a port’s expansion. If the port is, a city port where, over the years, all of the street water run-off goes into the harbour, the silt build-up in the port may well have a concentration of tetraethyl lead, which was commonly used in gasoline.

Any dredging of the port will require testing of the spoil to be removed. If this is not in keeping with the convention, soil remediation and other remedies may be necessary, as the spoil as is may not be suitable for removal and dumping. This could scuttle a project entirely due to prohibitive costs.

The Caribbean has, to some extent, become a dumping place for sub-standard ships and other marine craft. While there is a working Memorandum of Understanding on Port State Control, not enough is being done to protect Caribbean waters. Many countries can claim that they are signatory to a convention. However, until the regulations and byelaws are promulgated in parliament and signed into law in each country, the signing of a Convention is of no significance and its provisions are of no benefit to that country. Port Managers must therefore seek ways to have these important Conventions passed into law. This may require application of some pressure to influence the government to not only bring international conventions into local laws but also to establish mechanisms to enforce the provisions of the Convention.

There is ample evidence that ratification of international conventions has a positive effect on development. Since the introduction of MARPOL and other global Conventions there has been a substantial decrease in the amount of oil and other pollutants entering the seas of participating countries.

The Conventions are effective, We delay ratification at our peril. [] 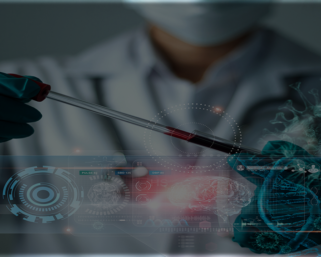 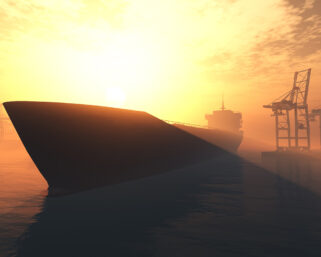 ENVIRONMENT URGENT: International treaties must be brought into Common Law 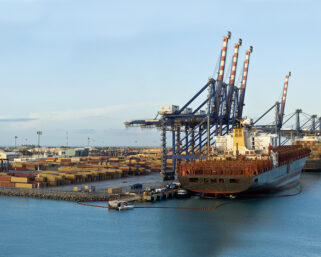 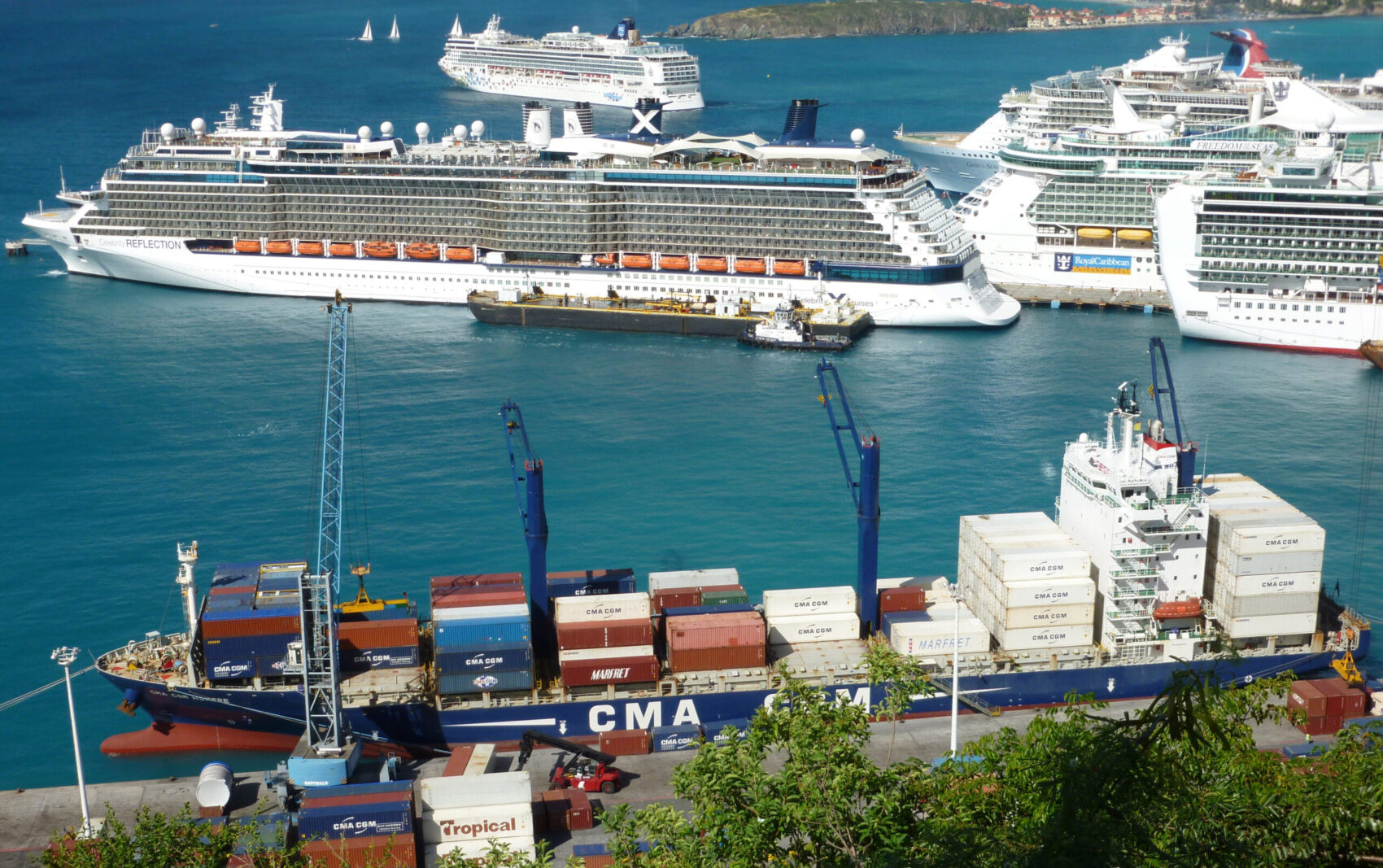