Organizational deception: nip it in the bud

Receival, transportation and safe delivery of cargo across oceans is a highly complicated and precise activity, routinely demanding, normally dangerous and often life threatening. Shipping requires more than machines and personnel. Its success rests heavily on shrewd management, ­ precision planning and informed interaction with a plethora of (sometimes conflicting) systems and regulations, modalities and ordinances; all of which collectively demand a pool of diverse skills and experienced minds.

The reputation of shipping companies to deliver, safely and on time, the high-value cargoes entrusted to their care is of paramount importance. The skill and capabilities of those employed in shipping are therefore of similar importance.

The global supply chain, like any other, is only as strong as its weakest link. And port operations (from docking to discharge) and terminal functions (cargo receival, storage and delivery) account for more than one link in that proverbial chain.

The precision and exactitude that shipping demands can only be delivered where all the components are ‘good and true’; constant and trustworthy. For inanimate components, this state of good and true is readily achievable with technology, software and engineering. The far more complicated human component must also be good and true, constant and trustworthy. And no company, be it private or public, will progress if it is perceived within and without as unpredictable, unstable, and/or untrustworthy. It is against this background that Portside Caribbean views the linchpin role of humans in the exacting business of moving and delivering cargo across Earth’s great oceans. But in that perspective looms the spectre of deception.

Joseph Cervenak’s brilliant essay about truth and consequences [see MANAGEMENT menu August 2021] opens windows to reveal the challenges and survival risks posed by deception within organizations. His recall of the Enron scandal (that brought down the 7th largest US company and two other firms with it) is timely and instructive. To be sure, as the headline posits, instability and confusion prevail in the absence of truth. 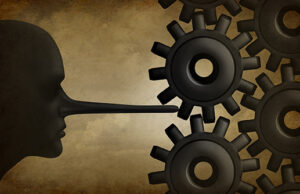 Lying, considered an intrinsic feature of human behaviour is, arguably, the most common form of deception. Unfortunately, there are very few empirical studies on lying in organisations. Rather, the concentration has been on individuals. But there are questions about organisations to be answered, like: how do organisations develop deceitful and/or corrupt practices by accepting or ignoring deception within the culture and structure of that organisation?

Fleming and Zyglidopoulos1 observed: “If undetected, an initial lie can begin a process whereby the ease, severity and pervasiveness of deception increases overtime so that it eventually becomes an organisation level phenomenon.”

Jenkins and Delbridge 2 concluded: “Fleming and Zyglidopoulos’ study of Enron, WorldCom and Arthur Andersen shows there was a gradual escalation of dishonesty resulting in an ‘increase in the ease, severity and pervasiveness of deceit until the organisation cannot operate without lying’. Lying became institutionalised into the informal structures and norms of the organisation to the extent that it directly and indirectly affected much of the day-to-day procedures and behaviours.” 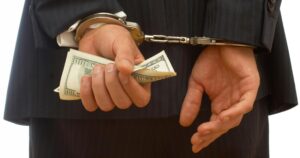 The reality is that a culture of deception at any level of any company or organisation becomes insidious and metastasises quickly, bringing to ruin trust and carefully built relationships, systems and professional careers.

In port management and maritime affairs, there is little room for mistruths and mistrust. Key personnel at all levels, at home and abroad, must be trustworthy. Senior managers must therefore exercise due diligence before it’s too late.

Conventional wisdom? Nip it in the bud. [] 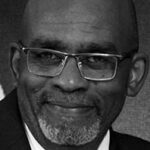