April 4, 2022 was a cold day in New York. But it was a fierce and fiery António Guterres that faced the world to deliver the findings of the Third Intergovernmental Panel on Climate Change (IPCC) report. His words and comments on the day will oft be repeated in time to come.

With attention to climate change distracted by a global pandemic and a European war, the United Nations (UN) Secretary General brought back into the news feed the reality of an oncoming existential threat to living species on planet Earth.

Using language rarely heard in diplomatic circles, the UN official described the report as “a file of shame”, and a “litany of broken climate promises”. He said the report catalogued “empty pledges that put us firmly on track towards an unliveable world”.

Saying one thing but doing another

“Some Government and business leaders are saying one thing but doing another. Simply put, they are lying. And the results will be catastrophic,” Guterres declared to a virtual gathering of international media.

“We are on a fast track to climate disaster. Major cities under water. Unprecedented heatwaves. Terrifying storms. Widespread water shortages. The extinction of a million species of plants and animals. This is not fiction or exaggeration. It is what science tells us will result from our current energy policies.” 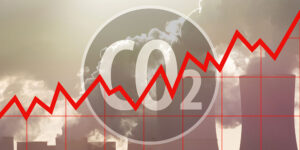 “We are on a pathway to global warming of more than double the 1.5°C limit agreed in Paris,” the United Nations top official declared

The Paris Agreement, an historic, legally binding international treaty, took final form in December 2015 at the UN Climate Change Conference (COP21) in Paris and was activated in November 2016. It sets out long-term goals to guide all countries to achieve targets that would collectively keep global warming to less than 2°C, while pursuing efforts to bring the limit down to 1.5°C to prevent dangerous climate change. However, the targets agreed and the positive expectations that were engendered at COP21 were not realised. And the recent 26th Conference of the Parties to the United Nations Framework Convention on Climate Change (COP26), October 31 to November 13, 2021, did not reveal significant gains in reaching the agreed targets. 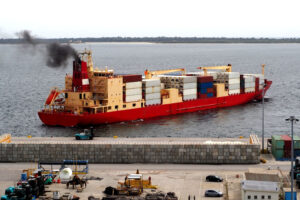 Growing emissions gap all but ignored

“We left COP26 in Glasgow with a naïve optimism based on new promises and commitments. But the main problem – the enormous, growing emissions gap – was all but ignored. The science is clear: to keep the 1.5°C limit agreed in Paris within reach, we need to cut global emissions by 45% this decade. But current climate pledges would mean a 14% increase in emissions. And most major emitters are not taking the steps needed to fulfil even these inadequate promises,” bemoaned the obviously concerned UN Secretary General.

Guterres’ ire was reserved for countries that continued to invest in fossil fuel development, a strategy he described as “moral and economic madness”. Increasing fossil fuel production will only make matters worse, he argued.

Is Climate Change a standing item on your company’s agenda for regular and continuing discussion by the Board of Directors and in management groups?

It is already a matter of dire urgency as inferred in the tone and manner of the United Nations Secretary General in his fateful observations on April 4, 2022. []