There is often conflict between ports, environmentalists, scientists, regulators, contractors and the general public. Disagreements and concerns about port expansion projects throughout the tropics and subtropics have created conflict, much of it played out in the public media.

The articles and commentaries that have been published and broadcast about these issues since the 1970s have been numerous. And the view that dredging projects are deleterious to the marine environment, especially coral reefs and associated seagrass and mangrove ecosystems has proliferated. However, many, if not most of the published viewpoints have been based on supposition and anecdote and not on scientific data.

The various arguments have pitted port expansion against the environment. In response, a number of coral reef scientists have evaluated the reaction of corals and coral reefs to both the direct and indirect effects of dredging.  Some of the resulting reports and scientific data from these studies show extreme impacts while others show little or none.

Which view is correct?

It is imperative on those charged with protecting these fragile resources to figure out if there are best management practices (BMPs) that can be employed to avoid and minimize potential impacts. In addition, when there are impacts, are they expected and reasonable? And finally, can the impacts be mitigated and restoration achieved?

The lessons learned from numerous earlier projects show that the best course of action is the careful preparation and vetting of a pre-project environmental assessment that allows for an accurate description and quantification of all anticipated impacts. This assessment should detail all avoidance and minimization options resulting in the most reasonable and prudent alternative. It should also include protective measures to ensure environmental permit compliance during construction phases. This environmental assessment also requires that detailed scientific information be collected on the coral reef organisms in the proposed project area. Those detailed biological and ecological evaluations need to carefully document the health and status of the reef organisms in their pre-project state.

The baseline data should be compared with nearby control sites in order to understand natural system variability, close to and far from the project area. In addition, because many ports in the Caribbean region have been active for centuries and many port expansion projects occur adjacent to or within the same footprint of earlier dredging works, understanding the present state of the resources in question is imperative for knowing what it is we are ultimately trying to protect and how best to accomplish the task.

Even after avoidance and minimization measures have been employed there will be some impact to reef resources. In these cases, it may be possible to further reduce anticipated impacts by actively intervening in resource protection prior to project start up. One method is to relocate coral resources, from areas identified to be impacted by the dredging operation to a safe-haven outside of the project area. Thousands of corals have been moved at a number of project sites throughout the region with mixed results. Understanding project success and failure in these early relocation efforts is necessary if we are to increase efficacy and use in the future.

During construction, it should be required that the quantitative monitoring of key biotic and abiotic parameters is performed so that corrective adaptive management measures can be employed mid-stream if necessary. For example, if turbidity from dredging operations is exceeding predicted thresholds, modifications to BMPs can be made to reduce these impacts in real-time. Similarly, if dredge related sediments are causing excessive stress to the living coral reef biota, swift action can and should be implemented before long-term impacts are realized. It is therefore imperative that spatially and temporally appropriate repeated measures monitoring protocol be employed to detect impacts in real-time.

Repeated measures monitoring is based on resampling replicates (e.g. sites) over time. The repeated measures design tests for interactions of time with treatment. In such designs, environmental impacts are determined by the variability of time trends among sites. In the case of dredging impacts on corals, there may be a number of possible outcomes resulting from repeated measures sampling. In one case, the cumulative effects of chronic sedimentation may not be expressed until well after the commencement of the dredging operations. In this case we would expect to see coral health decline with time.

In a second scenario, impacts due to acute sedimentation (pulsed impacts) may occur over a short period of time. In this second scenario, we would expect to see differences among the corals diminish as time passes.

In a third case, other natural stressors may be acting simultaneously or synergistically, causing coral health to be affected by sources other than dredge operations. Due to the variety of probable responses the effects are best observed in the interaction between time and treatment. A key point in all three cases is that many impacts may not be detected by monitoring if the response variable (the coral) is measured at only a single point in time; or, the temporal intervals are too widely spaced to distinguish between the various causes. Thus, a closely spaced repeated measure design reduces the chances of drawing invalid conclusions leading from the logical fallacy that correlation does not imply causation. This is a mistake commonly (and, in my opinion, often purposefully) made by project opponents and the media.

Combining these repeated measures data with other collected abiotic metrics (sediment, turbidity, water temperature, wave and current data, etc.) allows environmental scientists and regulators to differentiate between chronic and acute stressors, both natural and project related.  These data, in-turn, allow for precise calculations of project impacts. Most importantly, in cases where impacts do occur, it may be possible to differentiate and discern the actual proximal cause of the impact to the coral reef community by carefully evaluating the sequence of events recorded prior to the impact. 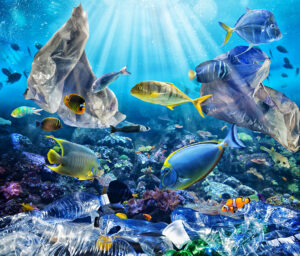 Finally, there is a need for restoration of injured resources to offset those that are lost or displaced during construction. This may include the installation of artificial reefs to compensate for lost natural reef structures or habitats. In addition, restoration programmes that include growing corals in off-site nurseries and out-planting these corals to natural reef areas are becoming commonly accepted methods to replace lost or diminished coral resources. Implementing the method (or combination of methods) that is most appropriate and compatible with any given project will require a site-specific analysis that uses the most up-to-date results from pre-existing projects; and, the latest technology.

The scientific goal of the restoration/mitigation effort is to have no net loss of reef function. Thus, the post-project reef community should be statistically invariant when compared to its pre-project baseline.

In the end, the goal for port expansion in the Caribbean should be to develop the facility in a manner that is responsible; that balances economics with environment protection; but, without compromising either.

Integral to attaining this balance and protecting our fragile coral resources for future generations is scientific, not ideological stewardship. []