The Caribbean region is threatened by alien flora and fauna

On shore, hurricanes can wreak havoc and a tsunami can be even more disastrous. Either can shut down a port, even a city, for days or weeks. However, given adequate state of preparedness, recovery over time is assured, in most circumstances. Not so with invasive alien species.

Such organisms can be more devastating than any single hurricane or tsunami. Indeed, one single aggressive species, flora or fauna, can wipe out an entire economic sector and potentially destabilise a country’s national economy. In this regard, countries that depend on stable ecosystems are particularly vulnerable. Most countries in the Caribbean-Latin American region, because their national economies depend on agriculture and tourism, fall into this category.

Biodiversity is the very foundation of the region’s tourist industry. And export agricultural is a pillar of the national economies of many countries in the region. Invasive alien species threaten indigenous biodiversity and can, potentially, destroy an entire agricultural sub-sector. More than just a concern, invasive alien species are now considered a global threat to biodiversity, second only to habitat destruction. The United Nations Environment Programme (UNEP) and the Caribbean Environment Programme (CEP) concluded that the impacts of invasive species are far-reaching and ecologically complex, affecting ecosystems, habitats, communities, entire species and even the genetics of species. 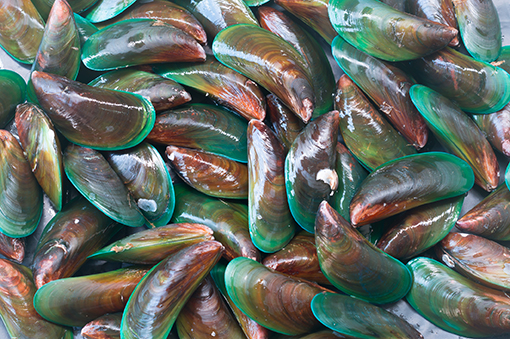 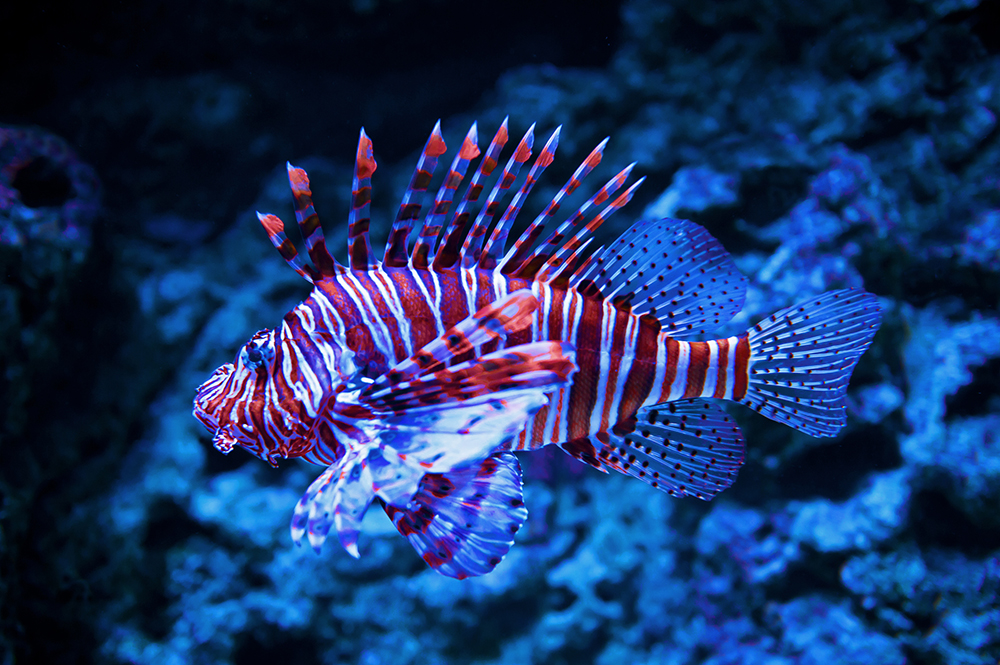 Globally, the United Nations Environment Programme (UNEP) has estimated that invasive species represent a major factor in the potential extinction of 30% of threatened bird species, and 15% of threatened plant species.

“The issue of invasive species as an environmental and sustainable development threat is increasingly recognized by a number of treaties such as the Convention on Biological Diversity (CBD). Article 12 of the Specially Protected Areas and Wildlife (SPAW) Protocol outlines that each Party shall take all appropriate measures to regulate or prohibit intentional or accidental introduction of non-indigenous (i.e. alien) or genetically altered species to the wild that may cause harmful impacts to the natural flora, fauna or other features of the Wider Caribbean Region.”  [www.cep.unep.org]

The question is whether the wider Caribbean region is under threat from alien indigenous species. The information available suggests an answer: a resounding yes.

Kairo et al point out: “ … approximately two-thirds of species extinctions may involve competition with invasive species. More alarmingly, invasive species are considered to be the greatest threat to biodiversity in geographically and evolutionarily isolated systems such as islands of the Caribbean.” [Kairo et al., 2003]1

They reported that, except for the green mussel (Perna viridis) relatively little was known or documented about invasive marine species in the Caribbean. Indeed, they noted that of the 552 exotic (invasive) species listed in the Caribbean region, only 18 were categorised as marine. They concluded that there was a gap in knowledge regarding the status of introduced organisms in the marine environment, and the threats that these may pose. [Kairo et al., 2003] 1

Subsequently, a 2006 desk study commissioned by the UNEP-Caribbean Regional Coordinating Unit and carried out by the Caribbean and Latin America Regional Centre (CLARC) of CAB International recorded a much higher total of 118 marine invasive species including 39 fish species and 31 anthropods (crustaceans)2.

As Kairo et al had speculated, this significant increase in numbers may have reflected recent technological advances to identify and report on marine species, for example, improvements in diving equipment. In addition, they observed that there was often difficulty in determining whether newly reported marine species were introduced aliens or otherwise native species that had previously gone unnoticed.

Regardless, the ecological balance of the Caribbean environment is clearly threatened by species not indigenous to the region and this spells trouble.

In the late-1990s, fishermen in Jamaica reported that lionfish had been sighted and was preying on young reef fish, decimating the population of popular species traditional preferred by their customers. The sightings were verified. Lionfish, with its voracious appetite, each estimated to consume more than 30,000 juvenile fish per year, was systematically destroying the biodiversity of the reefs as well as the trade for fresh fish.

Dominica subsequently identified the presence of lionfish in its waters. In January 2011, a fisheries officer in that country announced sightings of the species. The officer, Norman Norris, was very concerned when he spoke with the local media. Warning that the sting of the fish can hurt humans, he said: “It has a very powerful diet … It really has few known predators so that means not many fish eat that at all. Once it enters our ecosystem, it’s very likely irreversible.” Norris disclosed that the lionfish had been found in three areas in Dominica.

However, the people of Dominica have relatively little to worry about from this particular invasive species. The presence of lionfish in its waters may not be reversible but the numbers can be controlled as the Jamaicans have proven.

At first, afraid of the painful sting from their venomous spines, Jamaican fishermen stayed clear of lionfish and so they multiplied on the reefs. However, once it was discovered that they were a tasty protein source for dinner, the lionfish had a new predator in the Caribbean: humans. Armed with information produced in a simple information pamphlet from the National Environment and Planning Agency that showed how to handle and clean the fish, Jamaican fishermen went after the tasty new arrival on the reefs. Encouraged by the slogans “eat sustainable, eat lionfish” and “eat a lionfish and save at least 20 juvenile fish a day”, fisherman started harvesting this species as the local population continued to develop a taste for it.

Lionfish fillet, with fresh tropical spices, became a specialty. By 2014, Jamaica’s National Environment and Planning Agency had reported a 66% decline in sightings of lionfish in coastal waters within depths of 23 metres.

Jamaican marine ecologist Dayne Buddo confirmed that, after learning how to handle them, fishermen and especially spear fishermen have been “going after them harder”. It is estimated that by reducing lionfish populations by 75% and more, other species have an opportunity to replenish.

Lionfish has since become a menu choice across the Caribbean region.

“Reductions in density of 75 – 95%, depending on the reef, were required to suppress lionfish below levels predicted to over-consume prey.” [Linking removal targets to the ecological effects of invaders: a predictive model and field test, Green et al, 2014, Oregon State University.]

If only effective control of invasive alien species could be achieved by human consumption, as with the lionfish. The Giant African Snail, a native of East Africa, can grow up to 20 cm to weigh as much as a kilogram. It has arrived in Trinidad and Tobago. If this monster got onto a ship travelling north, it could be in another Caribbean country within a week. And because it is a tropical species, would find suitable conditions for survival anywhere in the Caribbean.

Already present in several Caribbean territories, these snails feed on indigenous vegetation and therefore pose a conservation problem by depleting and changing local habitats thus reducing the amount of the food available for indigenous snails. Capable of destroying commercial agricultural crops these critters are a destructive agricultural and horticultural pest. And they pose health risks for people. For human beings they are vectors for diseases, including eosinophilic meningitis, caused by the parasite rat lungworm that is passed to humans through eating raw or improperly cooked snails.

The range of invasive alien species that have recently arrived in the Caribbean, flora and fauna, is as impressive as it is frightening. The Caribbean is threatened by alien flora and fauna: fungus, bush, trees, reptiles, marine invertebrates, fish; and, mammalian creatures large and small. Many of these species, if left uncontrolled, could create serious even irreparable damage to the ecological balance of the region, not to mention outbreaks of diseases. Yet the main enemies may not be alien organisms but local ignorance and apathy.

Unlike weather and seismic disasters however, mankind can devise and implement strategies to prevent ultimate disaster. Education, cooperation, collaboration are vital components of any strategy to protect the region from potential disaster posed by invasive species.

In this regard, Caribbean marine ports and container terminals have a linchpin role to play, simply because many of these species enter countries by way of cargo and cruise ships. Of course, the port is not the only gateway. However, it is one and (in some countries, the main) point of entry.

With invasive alien species, prevention is paramount and a day could make a difference between prevention and disaster. In the struggle to protect against a costly invasion of alien species, port managers are among those on the frontline of defence. []

The lionfish (Pterois volitans) are native to the tropical reefs of the South Pacific and Indian Oceans. It is now to be found in the western Atlantic Ocean. One explanation for their arrival is as ornamental fish for the aquarium trade. The lionfish is a nocturnal species and moves to deeper waters at night to forage. The species is relatively quick to adapt to novel prey types. Preliminary genetic studies from North Carolina indicate that as few as three females could produce an entire population.

Impact: Lionfish have spread throughout the Bahamas and the northern Caribbean. They feed on a wide variety of smaller fishes, shrimps and crabs, out-competing native species. They also have the potential to decrease the abundance of ecologically important species such as parrot fish and other herbivorous fishes that keep seaweeds and macro-algae from overgrowing corals. The potential for loss to commercial fishers and reef-based tourism is severe. Venomous spines are also a serious threat to human health.

The giant African snail (Achatina fulica) is a tropical species native to East Africa. Typically about 1 cm tall, it can grow as large as 20 cm and weigh as much as a kilogram. They are hermaphrodite – having both male and female sex organs – and away from their natural enemies, after a single mating, can lay up to 1,200 eggs in a year. They are now widely distributed in southern and eastern Asia, as well as many islands of the Indo-Pacific and Caribbean. The snail has, in many cases, been deliberately introduced for food, medicinal use or as an ornamental species. They are capable of surviving adverse conditions.

Control: Hand-collecting followed by proper disposal remains the safest means of control. Some programs advocate the use of snail traps, using beer as bait. Others have incorporated poisoning with molluscicides and other chemicals, and even using flame-throwers to burn snails alive, but there are safety concerns associated with these methods. Biological control backfired when the rosy wolf snail Euglandina rosea introduced to more than 20 oceanic islands and a number of Asian countries as a bio-control agent, caused the extinction or decline of indigenous snail species.

The Asian green mussel (Perna viridis), is harvested and sold for food in a number of countries in South Asia and The Philippines. However it is known to contain harmful toxins (Saxitoxin) that are hazardous to human health. Saxitoxin is produced by the dinoflagellates on which it feeds.

These organisms grow very quickly and, in clusters, will cause damage to underwater structures such as drainage pipes. From the Asia-Pacific region, it was brought via ship hulls and ballast water into the coastal waters of Australia, the Caribbean, Japan, North America, and South America where it has thrived as an invasive species. Its ability

to bio-accumulate toxins enables it to be used as a bio-monitor to indicate pollution caused by heavy metals, organochlorides and petroleum products.

Impact: As an invasive species, the Asian green mussel is notorious for clogging and corroding water pipes used by industrial complexes; fouling marine equipment; threatening the sustainability of shellfish breeding; and, displacing native mussels by introducing harmful parasites and diseases. []