2019, July 1: Measles, one of the most contagious diseases on planet Earth, can kill human beings.

This medical fact, not to mention other economic factors, drove feverish activity in Saint Lucia late in April when the cruise ship SMV Freewinds arrived in Castries port and local health officials realised that there was a female crewmember on board with the debilitating disease.

The ship was immediately quarantined by the country’s Chief Medical Officer Dr. Merlene Fredericks-James, in action that may well have saved the people of Saint Lucia from a serious health catastrophe.

The 440-foot Freewinds, owned and operated by the US-based Church of Scientology, was quarantined for three days and no one on board was allowed to disembark. With the ship in quarantine, the ship’s doctor requested and received 100 doses of measles vaccine, provided at the expense of the Saint Lucia Department of Health and Wellness, Dr. Fredericks-James said.

Of more than 300 passengers and crew on the ship, only the one female crew member was diagnosed with the disease.

On May 2, Saint Lucian authorities allowed the ship to depart on its two-day voyage to its home port in Curaçao.

For almost a generation, since 1990, Saint Lucia has been free of local transmission of the highly contagious measles. If passengers were allowed to disembark, the disease could have been disastrous. It would have spread quickly to entire families and, in short order, a large percentage of the country’s relatively small population. The tourist industry would have been temporarily decimated with visitors and carriers staying away.

The extreme danger posed by the situation was not lost on ‘Lucians’. Even before the ship left Castries, taxi operators and drivers who operated from the Pointe Seraphine were expressing serious concerns about the danger of infection posed to themselves and their families with the presence of measles in their port, so close to their base.

The cruise pier in the port at Castries is only about 30 yards/metres from the taxi stand.

Some were enraged that the matter had not been officially brought to the attention of the taxi drivers, which would have allowed them to be cautious and aware. There was consensus among them that the Freewinds should not have been allowed to dock but should have been instructed to anchor out at sea.

On May 4, the ship arrived at Willemstad and its 216 crew and 102 passengers were immediately placed under quarantine by local authorities. Local authorities took the decision that everyone would remain on board until blood samples sent for testing came back ‘negative’ for measles.

Dr. Izzy Gerstenbluth, the head of the Epidemiology and Research Unit at Curaçao’s Ministry of Health led a team onto the ship and spent the day interviewing both passengers and crew.

The Curacao team sought to identify passengers those who could prove they had been vaccinated for measles or, otherwise, were immune to the disease because of having had it previously. Reports are that about 31 crew and 10 passengers provided proof of vaccination or immunity. Health officials then took blood samples from 277 persons and sent them to The Netherlands for lab tests.

When the results were returned, Dr. Gerstenbluth announced that 28 crew members and passengers were still at risk and were required to stay on board the Freewinds until May 13. All others were released.

At the end of this event, measles epidemics did not flare up in Castries and Willemstad, as could have easily happened, were it not for the quick, preventive strategy taken in Saint Lucia, followed up by resolute action by the medical authorities in Curaçao. 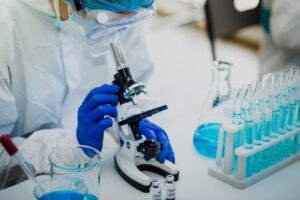 Meanwhile, the measles outbreak in the USA continued unabated with almost a thousand men, women and children affected in less than 145 days.

The USA’s Centers for Disease Control and Prevention (CDC), of the Department of Health and Human Services, reported that, from January 1 to May 24, 2019, a total of 940 individual cases of measles were confirmed in 26 US states. This was an increase of 60 cases from the previous week.

“This is the greatest number of cases reported in the US since 1994 and since measles was declared eliminated in 2000,” the CDC stated in commentary about the current outbreak.

The US is the primary market for Caribbean cruises. More than 24 million tourists, about 50% (according to the Florida Caribbean Cruise Association) sourced from the US, come to some 35 destinations in the Caribbean region on hundreds of cruise ships.

The alertness displayed in Saint Lucia as well as the resolute action taken in Curaçao, demonstrate the vigilance and decisive strategy required when the cargo is human and there is a threat of disease. This event must therefore be treated as a wake-up call for all ports that receive passengers – cruise or ferry.

With infectious diseases on board cruise ships, the port is the last line of defence. [].