In time of disaster the port is ‘the critical component’

An overview of the 2018 Caribbean Port Management Workshop

2018, June 1: Many came to Panama with the howling winds of hurricane destruction still fresh in memory. It was only January and the Caribbean and Southern USA had taken a severe battering from several hurricanes less than six months earlier; leaving a death toll that was still being tallied up to the time of writing. They came with the hope of finding solutions but, also, with a determination to address problems ­ natural and man-made.

At the end, participants attending the inaugural Caribbean Port Management Workshop felt that it was an important annual event for port authorities and marine facility owners and operators; port planners and designers; and, port management personnel. Indeed, representatives from two countries immediately indicated an interest in hosting the next workshops: Jamaica in January 2019 and Curacao in January 2020.

This inaugural event became the anchor point for a process to create a new, apolitical regional forum of decision-makers who have been assigned the monumental task of managing sustainable development but with limited resources.

Three questions came to mind as the initial thoughts for this event took form: Why? What? How? 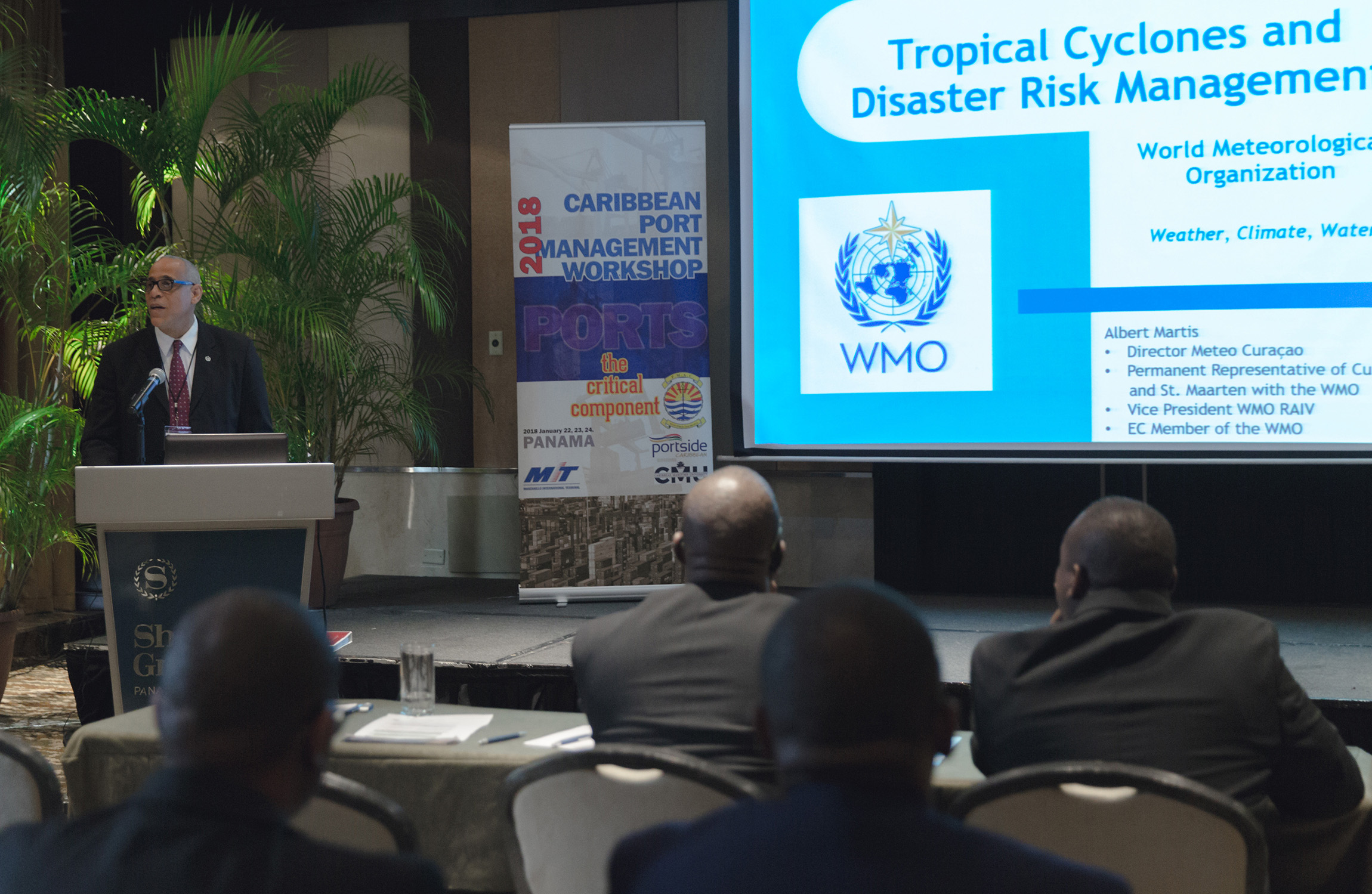 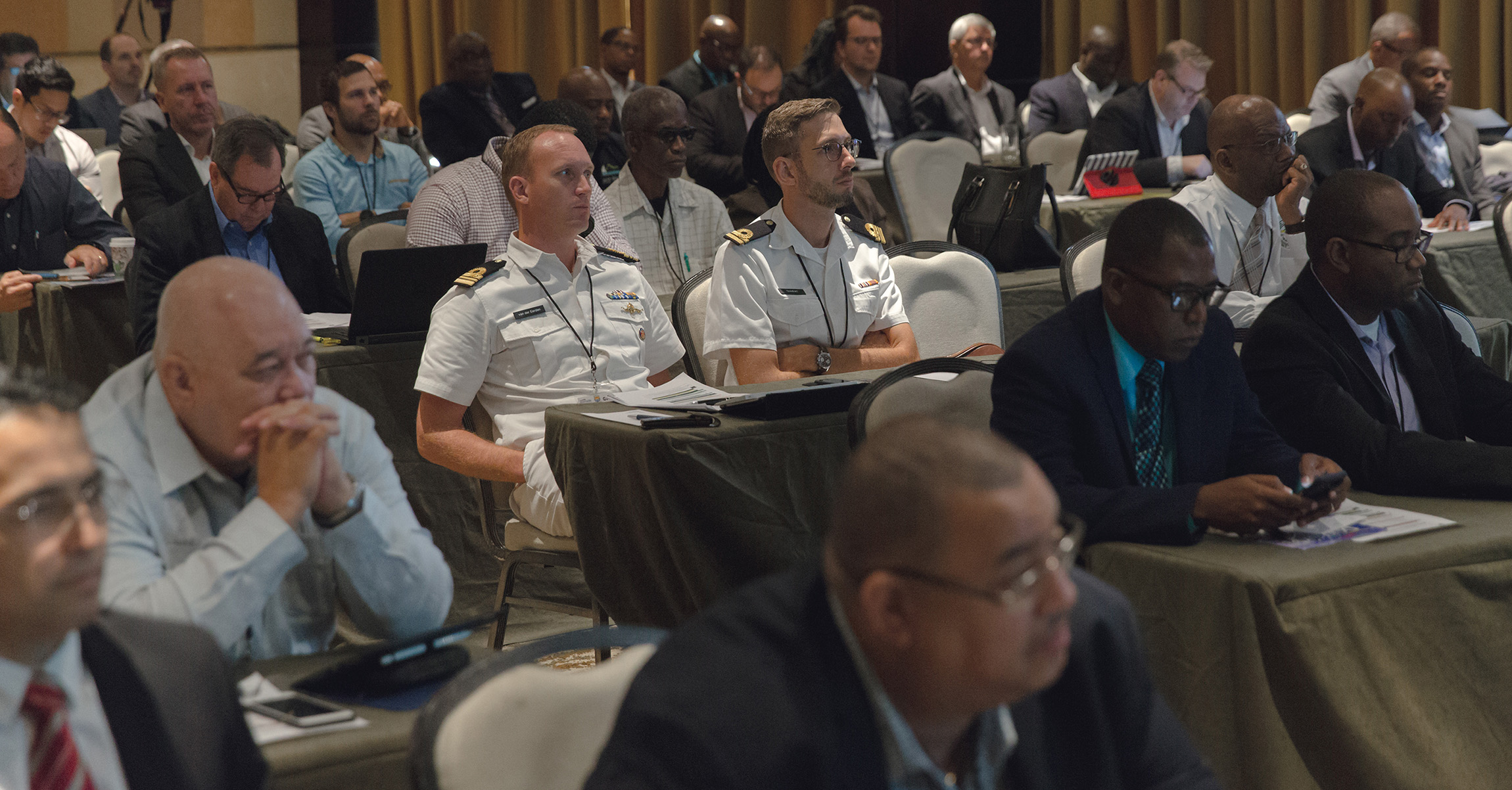 On Day 1, two tracks of information were presented simultaneously in different rooms. Track 1 covered a range of subject and issues related to Climate Change. Track 2 addressed Disaster Preparedness and Relief. Track 3, on Day 2 had two segments and was arranged as a plenary chaired by Dr. Everton Walters, CBE, entitled Regional Management Strategies.

Information and data were presented under the topics:

Track 1 gave participants an opportunity to look at the global effects of climate change and to review the latest satellite-based technology and systems for designing, sustaining or expanding harbours and port facilities.

Presenters made the point that we are now living in an era in which climate change has started to have a major impact on societies. In this regard, the port cannot be separated and must be seen as being in symbiosis with the sea, the land and the society. The port also needs to change and adapt. This was the focal point for Track 1. 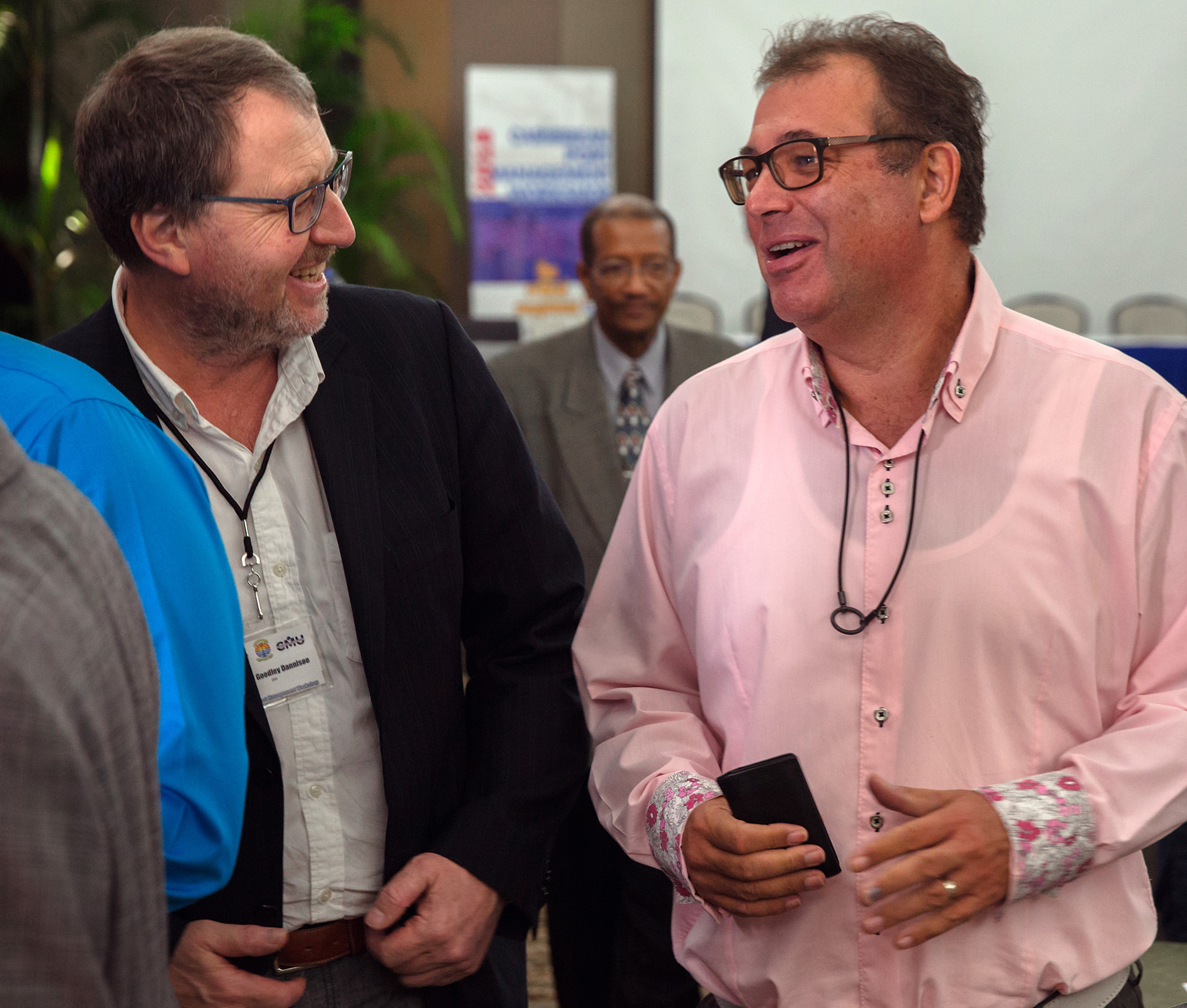 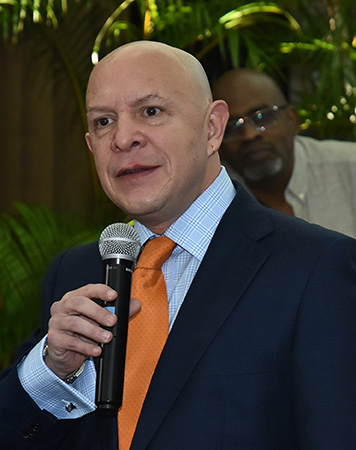 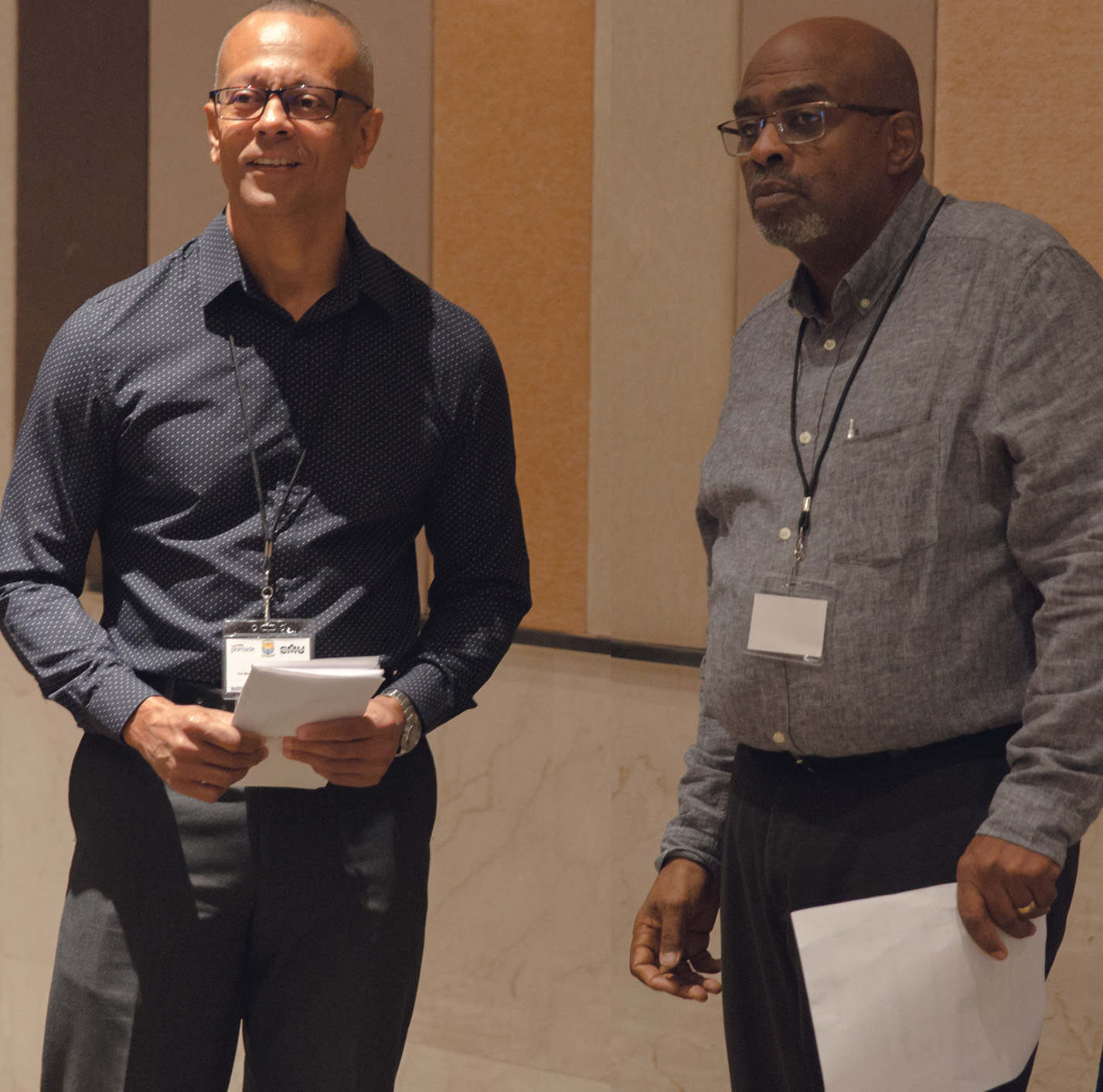 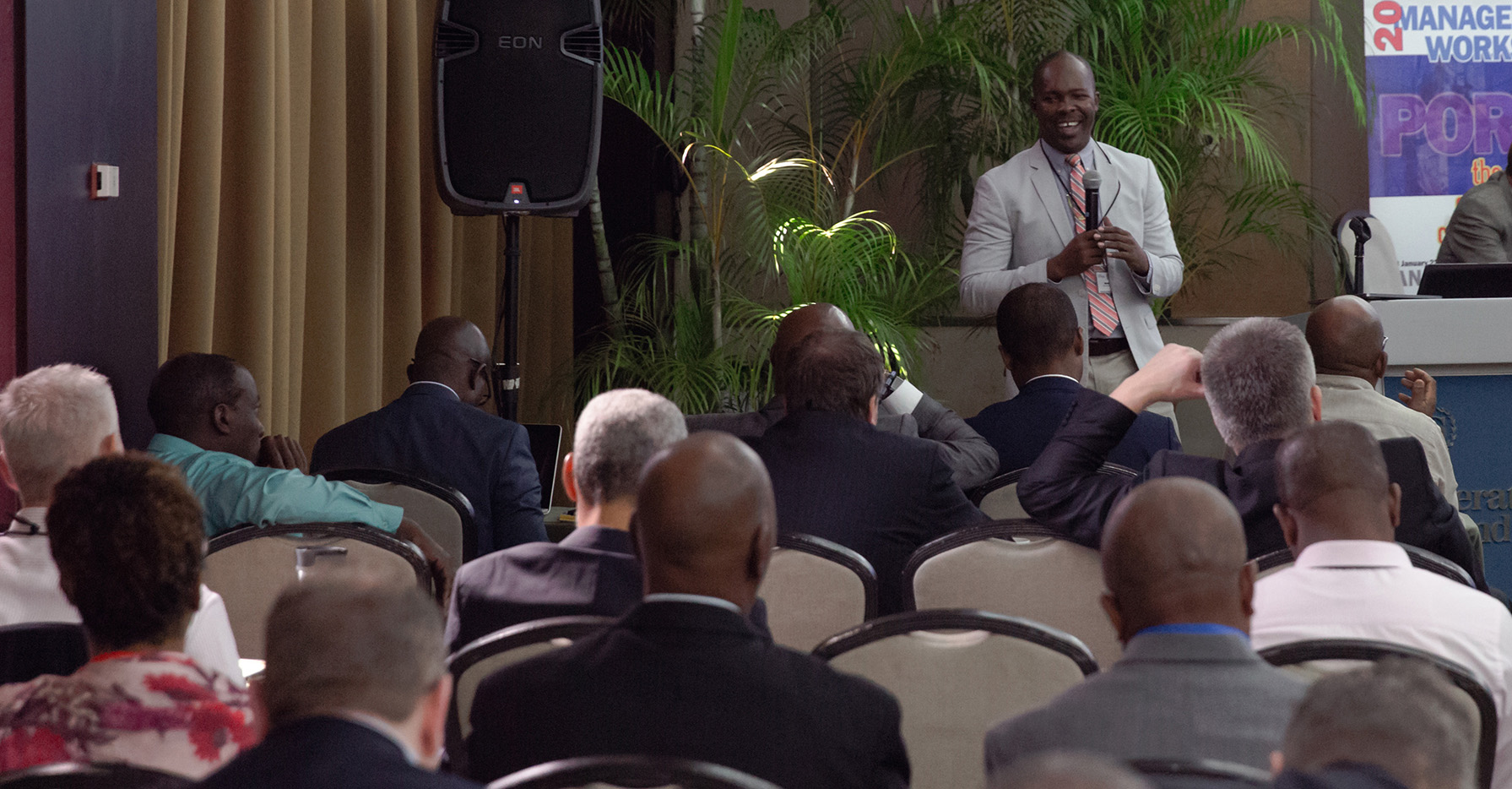 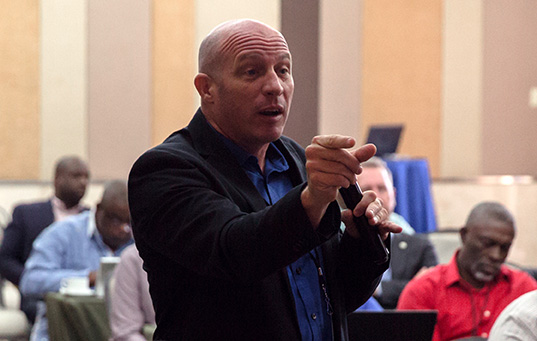 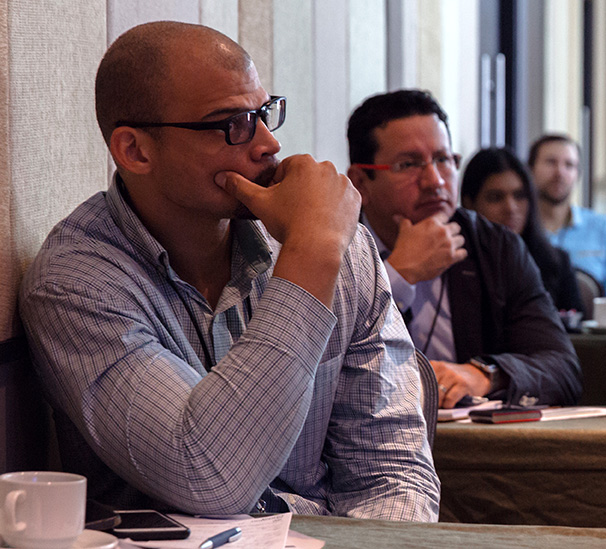 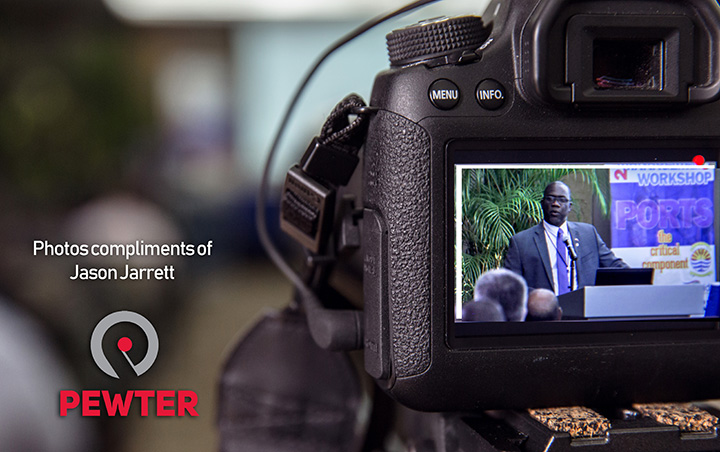 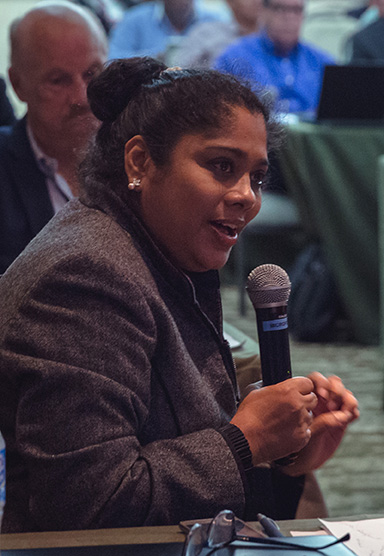 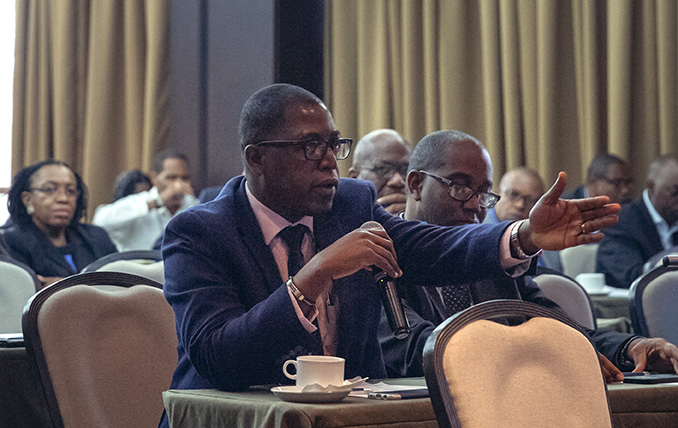 Through six different inputs, various tools and concepts for climate change adaptation was discussed. A lively discussion filled the room as participants freely shared their own experiences and, in the process, brought different experiences, approaches and strategies into consideration. This, at the very least, was a model exercise in the exchange of best practices

Also highlighted in Track 1 was that: advanced technology was available and that many of the tools were global; that initiatives to protect a city in Asia, for example, could readily utilise the same tools and approaches as those used in the Caribbean; and, vice versa.

Participants in Track 1 agreed that despite the urgencies forced on us by the awesome and destructive forces unleashed by hurricanes, it was just as important to urgently address the less forceful manifestations of climate change, including sea level rise and torrential rainfall, which are already a reality.

It was felt that governments and port operators must actively prepare for increasing sea levels and heavy rainfall and the consequential effects (e.g. flash flooding) as matters of urgent priority.

Information and data were presented under the topics:

Track 2 gave participants an opportunity to review and discuss trending techniques and strategies for disaster management and response.

Presenters delivered convincing arguments and data to prove that the impact of major disasters on the national economies of the region was increasing. In this regard, governments were urged to adopt integrated disaster management plans that have a wider scope than just the port area. Such plans, it was argued, should include stakeholder risk and impact assessments as well as a tiered approach to preparing for and reacting to disasters.

Integrated plans, it was said, should include procedures to upscale to higher alert levels and, when events escalate, to engage international help.

Training was emphasised and there was consensus that all private and public sector stakeholders involved must be trained. For example, plans must be in place to facilitate the rapid acquisition and deployment of tier 3 oil spill equipment. All customs, immigration and permit arrangements must already be in place and tested so as to facilitate the quick deployment of equipment and personnel from outside the country to the affected locations.

For outside military assistance in the case of natural disasters, like earthquakes and hurricanes, procedural matters must be addressed by officials and authorities in ‘good time’, because, as was pointed out, government services and communication systems may not be functional at the time such permits are required. In this regard, emergency procedures should be established beforehand by way of diplomatic channels and internationally, through regional organisations.

It was felt that PMAC can assist its member-ports to: (a) bring together stakeholders on the regional level; (b) assist in updating and distributing national disaster management plans; and, (c) oversee regional drills and exercises in preparation for hurricane seasons.

The first of the two segments in Track 3 featured presentations by Dr. Kornel Brown of the Caribbean Maritime University and Jorge Durán of the Inter-American Committee on Ports. This was followed by a discussion forum of all participants, entitled: Building a Regional Disaster Assistance and Relief Network.

This latter discussion, which generated much interest prior to the event and brought attendance from a number of regional organizations including CARICOM and CEDEMA, the World Meteorological Organization (WMO) and Regional Logistics Centre for Humanitarian Assistance (CLRAH) located in Panama.

Discussions towards the establishment of a quick-response regional disaster assistance and relief network brought a wealth of ideas and perspectives to the forum. The idea that the entire region faces the reality of hurricanes every year and that this was a normal condition of living in the Tropics was the context for much of the ideas and statements presented. Indeed, hurricanes are ‘normal’ to the Caribbean and that it was for the people of the Caribbean to structure a response to this annual eventuality.

As one participant (Steve Cosham of Bermuda) wrote afterwards: “Hurricanes, earthquakes, tsunamis and droughts happen and there is nothing we can do to stop them, BUT what we can do is to take these natural disasters and turn them into hazards; hazards that naturally occur; that if we (properly) prepare for them, when they do occur we will be as ready as we can be.”

The consensus at the end of Track 3 was that the building of a regional disaster response network, involving many countries and regional institutions, required further discussion. The host organizations – PMAC, CMU and PORTSIDE CARIBBEAN ­ pledged to facilitate the continuation of this dialogue. [] 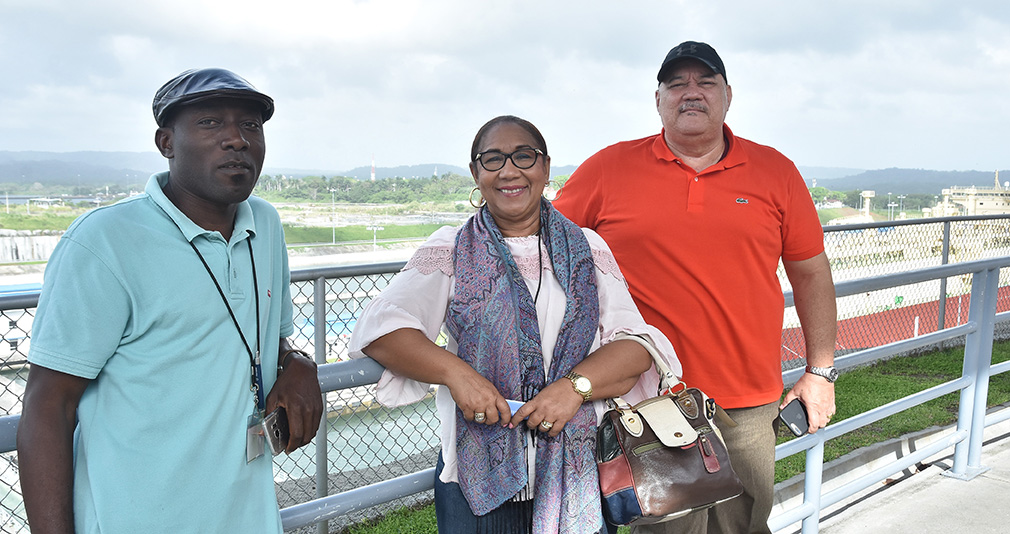 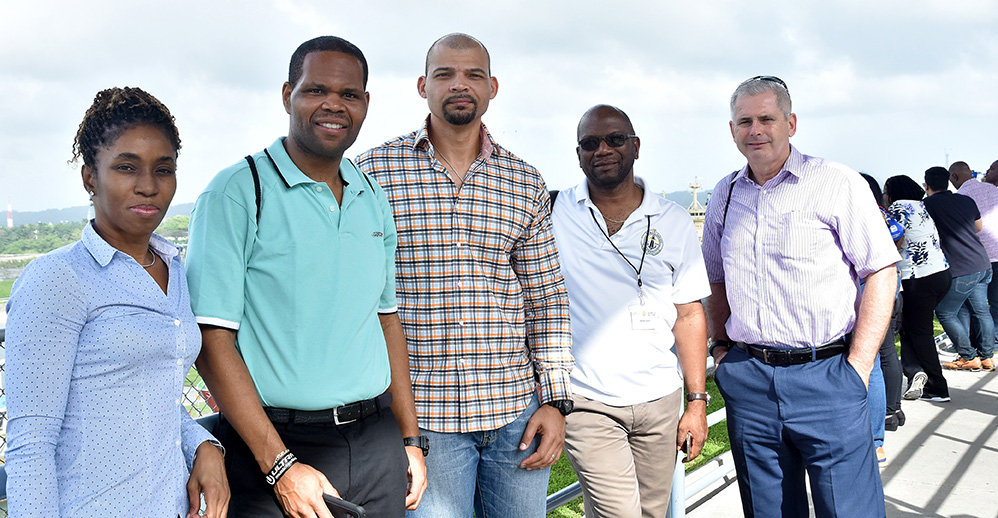 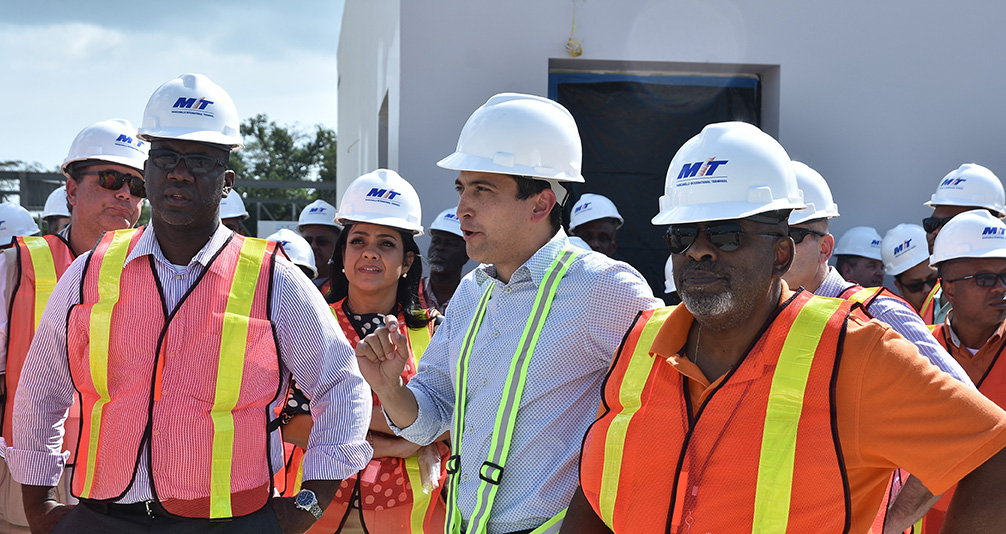