Is it too late?

Climate disaster and destruction caused by Climate Change became the main focus of television news coverage in the early weeks of Summer 2022, as it did in the previous year and the year before. Climate Change is already creating social havoc and displacement, while decimating natural resources, including oxygen-producing forests and life-giving fresh-water resources. 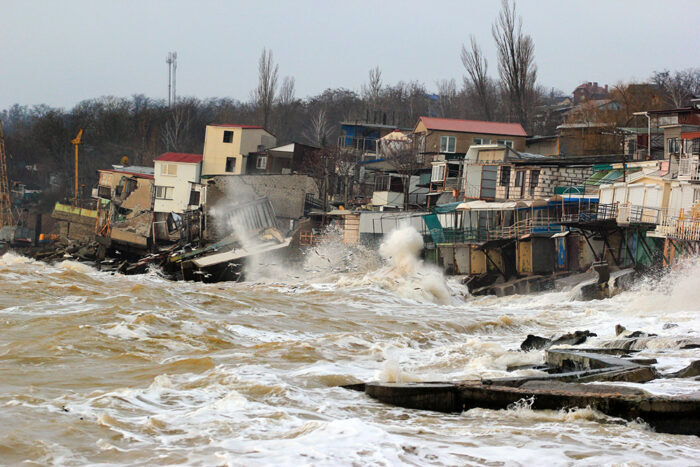 The human tragedy brought about by Climate Change is about to get worse, largely because of a quarter-century and more of procrastination and inaction in the face of overwhelming scientific evidence. Many, in disbelief and denial, ridiculed and publicly jeered those who presented the scientific data, describing them as alarmists and the evidence presented as cyclical trends. To those who remained doubtful, Climate Change is nothing more than a myth. Increasingly, however, as the evidence becomes undeniable, there is increasing talk about the urgent need to address the effects and consequences of Global Warming.

Wildfires across the planet and particularly in the U.S.A. continue to lay waste thousands of acres of forests every year. Manufacturing and mining industries continue to poison air and water resources. Global Warming has started to have a direct effect on water resources and, ultimately, the food chain. Mass migration, driven by famine and economic displacement, is increasing. Sea levels are increasing, putting human communities at risk. The question: is it too late?

About eight years ago (September 5, 2014), the World Bank published concerns about the effects of Sea Level Rise (SLR) on Caribbean countries. The study by Jerry Meier, World Bank Climate Change Expert noted that beaches and beach-front property are not the only concerns. In island states, ports are the economic heart of the country, typically the capital and the island centre of commerce, the study noted. And in the Caribbean, many seaports are at risk from flooding caused by SLR. 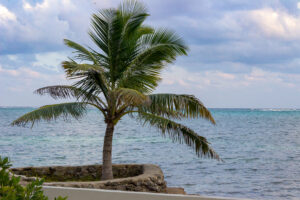 Many seaports that were built during European colonisation of the region, including Castries, Saint Lucia; St. George’s, Grenada; and, Kingstown, St. Vincent, are at risk of flooding, due in part to rising sea levels, the 2014 World Bank study reported.

SLR is likely to create more problems for Caribbean states than other coastal areas around the planet, largely because of geophysical realities. Sustainapedia attributes this to “…proximity to the equator and related gravitational and geophysical factors.” According to Sustainapedia, the impact of SLR will not be equal or similar across the Caribbean.

Some countries will suffer greater damage and dislocation than others. Among those expected to suffer the greatest economic fallout (in absolute economic terms) are The Bahamas, Suriname, Guyana, Trinidad and Tobago and Belize. Proportional impact (i.e., economic losses relative to size of the national economy) are expected to be greater in St. Kitts and Nevis, Antigua and Barbuda, Barbados, St. Vincent and The Grenadines, and Grenada.

In these countries, saltwater intrusion into groundwater reservoirs and the consequential human migration could become socially and economically destabilising.

Notwithstanding the many years of climate data collection and published warnings about the effects of SLR on the countries of the region, little has been done to develop a coordinated Caribbean strategy to survive the well-documented threats.

Caribbean governments and regional multilateral organisations and institutions (including CARICOM, the Association of Caribbean States, the Caribbean Development Bank et. al.) should be front and centre in promoting dialogue and hosting discussions leading to sectoral responses to Climate Change. In particular, as a matter of urgency, the social and economic impacts of Sea Level Rise in the Caribbean need to be discussed and quantified.