2014, November 1: The cruise industry grows 7% per year on average and the ships grow with it. The traditional love boats carrying hundreds of guests have been replaced by floating vacation resorts carrying thousands of passengers. Both ship and fleet size have grown and, with it, the number of Caribbean destinations and cruise ports. Over 50 regular ports now service the Caribbean cruise market.

As the ships and passenger volumes grow, the supporting infrastructure also grows. Bigger vessels require longer and stronger berths and more bollards in the water. The increased passenger flows require larger landing and staging areas. Both in the water and on land, the footprint of a modern cruise terminal increased substantially. The total impact of all this on the Caribbean marine and land environment is still to be accurately calculated.

Studies suggest that the impact can be considerable, depending on local factors and on how these are taken into account while planning, constructing and operating cruise ports. There is a right way and a wrong way to do this. And in vulnerable environments like the Caribbean, it is important to do it the right way the first time.

Impact of port infrastructure Many of today’s ports are located in the same place where the first entry to the land was made centuries ago. Typically, this was in a bay or in some other safe anchoring place close to food and drinking water. Many have since been extended, again and again, with only little considerations for the environment. The main impact from the expansion of ports has been on the seabed during land reclamation. Large areas of the seabed have been completely covered. The direct loss due to land reclamation will continue as a major impact mainly because it is the only option for harbour expansion.

Many harbours have been encroached on by the city and the only possibility for port expansion is seawards. The most typical impact caused by new land spreading into the sea is blocking of the littoral transport of sand along the coast or trapping of sand in semi-sheltered area created by the port reclamation works. These conditions may lead to trapping of sand on the upstream side of the ports or in the semi sheltered areas, such as the entrance to a semi sheltered port. (See Figure 1.)

The trapped sand will in this way be taken out of the littoral drift and may cause leeside erosion on the downstream side of the port. Many beaches are pocket beaches formed in an equilibrium shape which is governed by the headlands forming the borders. If a port or landing pier is constructed in one side of the bay this may change the pattern of incoming waves thereby also changing the equilibrium shape of the bay. This may cause erosion in the exposed part of the bay and accretion in the semi-sheltered part (see Figure 2).

The positive side is the fact that the construction material used for piers may act as hard-bottom and support reef-living organisms. Hard-bottom is usually scarce. So shaping the new pier into a good artificial reef may, to some extent, alleviate the loss of seabed although, admittedly, the species composition from sandy seabed to reef is different. Sand may also be carried seawards to be lost in deep water created by exposure to high waves and storm surges (during passage of hurricanes). In extreme cases, the sand completely disappeared after such storms, a natural phenomenon occurring with hurricane passage.

Some Caribbean islands do not have cruise facilities. Ships anchor offshore and passengers are lightered to and from land. Anchors and anchor chains can do serious damage across large areas. Anchor chains will sweep the seabed when the ship is pitching in wind and current.

Although these various impacts are mainly caused by different types of construction, the increase in tourists passing through the ports is also impacting other areas, even on a small scale.

Beaches are being constructed to attract tourists. The material for the beaches, because of cost, is often dredged from areas close by. The sand may come from surplus transport from other beaches or perhaps dredged from the seabed, sometimes without consideration for the habitats being destroyed.

The issues arising from direct impact by tourists are mainly related to snorkelling activities around and on coastal reefs. Many tourists are not aware that they should not touch or stand on the corals and accordingly many of such reefs are slowly destroyed and are not replaced. Water sports involving speed boats (e.g jet ski, water skiing etc.) are also of concern. These activities could also damage the various habitats and create ecological problems. For example, underwater engine noise from water craft can travel very far and may cause whales and turtles to avoid regular feeding or breeding grounds close to tourist areas.

Prudent port authorities should do environmental studies to find out if their harbour is causing specific negative impacts. Much of the issues discovered through study may well be mitigated without substantially changing the layout or operation of the port. In case an expansion of the harbour facilities is to be considered, it would be advantageous to start general monitoring efforts. The mapping of the different types of habitats like sandy seabed, sea grass beds, coral reefs and other specific habitat types is an excellent starting project.

Usually, data from observation over extended periods are lacking and that makes it more difficult to determine accurate baselines before new construction begins. It is important to understand that historical data from observations over a long time will also show natural year-to-year variations. Such variation may not be detected if the monitoring takes place within six months to a year. It is therefore advisable to prepare port expansions and reclamations well in advance to provide good baseline data. This will ensure an accurate impact assessment study, which could lead to minimisation or mitigation of harmful impacts, whenever harbour expansion proceeds.

The Caribbean’s land and marine environment is a global tourist attraction and a load-bearing pillar of regional national economies. But the environment is vulnerable and easily destroyed. It makes sense to implement programmes to protect it. Protecting the environment from destruction and degradation should be an integral part of all planning. This is the only way to ensure national economic growth. The real challenge is to do this without extra costs to the client or the community.

Sustainability is the responsibility of the port and should be treated the same and certainly no less than, for example, safety and security. Ports should perform regular bathymetry surveys; take seabed samples and do diver spot checks; analyse trends; and, take appropriate action to mitigate negative developments. Managing such responsibilities requires a partnership with stakeholders including scientists, local divers, fishermen and environmentalists.

If your cruise port administrators have not already done so, they should start immediately, if not today, to start building such partnerships. That is the only way to ensure that your country will have a viable cruise port tomorrow. 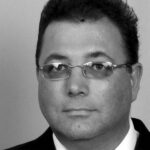 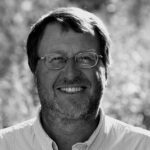