St MAARTEN: More than US$100 million in port development

2014 November 1: St. Maarten Harbour Group of Companies (SHGC) has invested more than US$100 million in infrastructure and equipment in the last 10 years. The focus now is to invest heavily in personnel development as well as processes to continue improvements in operational efficiency.

Over the same timeframe, the corporate group has itself undergone a bit of transformation. It has adopted a more commercially oriented operation, supported by a refinancing package of US$150 million by the Central Bank of Curaçao and St. Maarten.

The development of port facilities at St. Maarten during the past 50-years has much to do with the growth of the cruise sector. Indeed, the cruise sector is a pillar of the country’s economy, generating a total of 8,123 jobs and wage income of US$160 million.

During the 2011-2012 cruise year (May 2011 to April 2012), cruise tourism generated nearly two billion US dollars in direct expenditures to the 21 destinations that took part in the BREA Cruise Analysis 2012. Employment by the sector was 45,225 persons and this generated US$728 million in wages in the 21 destinations included in the study.

TelEm Group and the Harbour Group of companies have joined forces to create the Caribbean’s first high-tech crew lounge. It will provide for cruise ship staff a comfortable and equipped facility in which to relax and communicate while browsing the internet. The new crew lounge is located upstairs in the Habour’s Cruise & Cargo building. (Crew members are seen as an important group of visitors with considerable spending power while in port.)

The facility offers high-speed internet, voice and data services and luxury seating for up to 60 crew members, in a well-appointed environment with ambient lighting and cool colour tones. 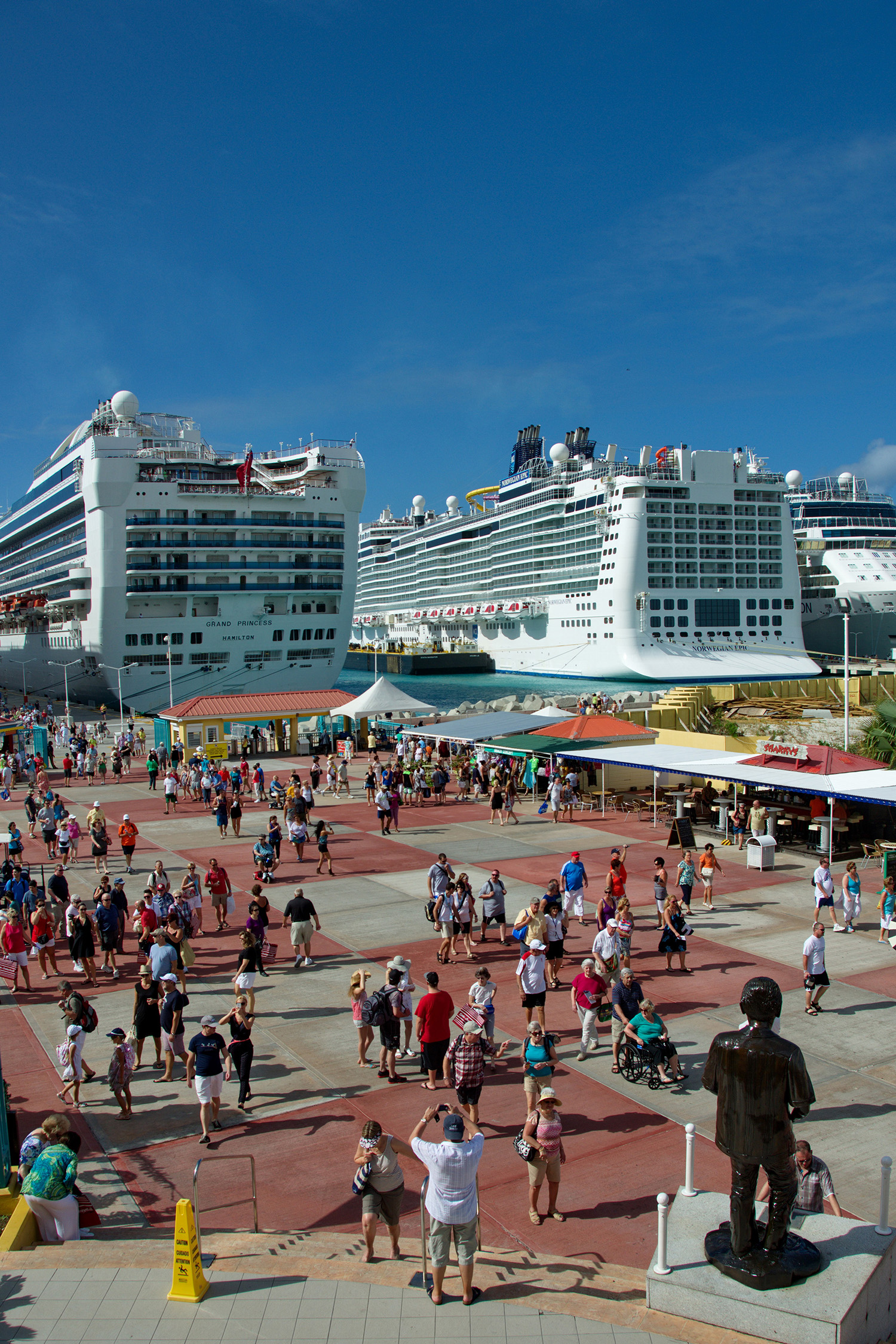 The Simpson Bay Causeway, opened in January 2014, has already become a national treasure because it serves a strategic purpose in the development of the country. The construction of this roadway became necessary because of the high volume of vehicular traffic moving back and forth from the airport area to Cole Bay and onward to the French side of the island or to Philipsburg and adjacent areas.

The second element of the causeway vision was the creation of an alternative road network that would guarantee connection between Cole Bay and the airport. The new causeway provides such an alternative and became immediately important to the daily economic activities generated by the country’s main revenue generator – tourism.

The Simpson Bay Causeway has a total length of 2493 feet and accommodates a two-lane motorway, a bicycle path and pedestrian paths. It has two roundabouts at the Airport Road near the end of the runway and at Union Road near the border with the French side.

The causeway has a swing bridge 220 feet long, weight 450 tons. It is the only component of the causeway that had to be constructed in the Netherlands. There are two navigating channels allowing boats to pass through simultaneously. Mega-yachts will also be able to pass through heading towards the Cupecoy area.

The facilities located on the lagoon – marinas and anchoring areas – make it important for yachting. This means that the access from sea for yachts and the access by road had to improve and the Causeway meets those demands of the market.

In February 2014, contracts were signed for the construction of Down Street Cruise Heritage Development square. The US$2 million (approx.) project includes construction of six cabanas to be used for a bar/restaurant, the selling of art and craft and other merchandise; washroom facilities and lockers. The square of structures will be disabled-accessible. Parking for five taxis and approximately 50 vehicles on the beachside will be provided. One of the main features will be a water fountain.

Heritage square is strategically located next to the Walter Plantz Tender Jetty which connects to the boardwalk/beach promenade, Down Street and Front Street. The project was expected to be completed in time for the 2015 cruise season. It will be fully equipped for local musicians, artists and bands with a ‘plug and play entertainment’ feature.