… bringing renewed appreciation for the value of cargo operations

It was not until hospitals in Europe were becoming overwhelmed with admissions for a strange and highly contagious virus that was killing people by the dozens that the world realised that there was a serious problem.

Little did anyone know in February 2020 that this highly contagious virus would kill 1.5 million people before the end of the year and stall global cruise tourism.

The earliest reports place the start of symptoms in the first week of December 2019 when a citizen of Wuhan was diagnosed with symptoms resembling pneumonia. By December 29, four cases of the unidentified virus were reported and two days later, on December 31, Wuhan’s health authorities were reporting several cases of this ‘strange pneumonia’.

It was five days into 2020 when the World Health Organization (WHO) broke the news to the world that there was a problem in China. That was the first significant indication that a possible public health problem existed. And then it seemed to appear to health authorities to be a local problem. The idea of 66 million people being infected by the same life-threatening virus before the end of 2020 would have seemed then to be totally absurd. 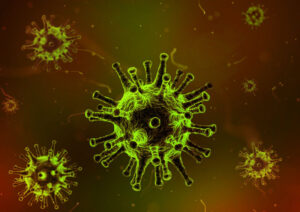 The WHO reported that it became aware of the problem on December 31, 2019. Its China Office was advised of cases of a strange pneumonia (“…of unknown etiology …”) being reported in Wuhan City (pop. 19 million) in China’s Hubei province (pop. 58 million). The United Nations world body immediately requested further information from health authorities and learned that the symptoms were mainly fever, with some patients having difficulty breathing. Earliest reports stated that chest radiographs showed invasive lesions on both lungs. Except for information that some patients were dealers or vendors in a local seafood market, little was known about the possible source of the contagion. And up to then, there was no reported evidence of human-to-human transmission.

On January 3, the WHO got updated reports that 44 patients had contracted a ‘pneumonia of unknown etiology’ with 11 reported as ‘severely ill’. The other 33 were said to be in ‘stable condition’.

Based on information in hand at that point, the WHO decided not to issue warnings or travel guidelines in its first news bulletin on January 5. A week later, on January 11, the first known fatality linked to the virus was recorded. It was a 61-year-old man in Wuhan. The following day, January 12, the WHO informed the world that the virus had been isolated and identified (on January 7). It was a novel coronavirus. And it was not caused by any of the other known respiratory pathogens such as influenza or SARS.

Up to this time, two weeks after first reports, there were still no cases reported outside of Wuhan City the WHO said and so it did not recommend any specific health measures for travellers.

Thailand reported its first case of infection the following day. The person, the WHO reported, was a 61-year-old Chinese woman who lived in Wuhan. 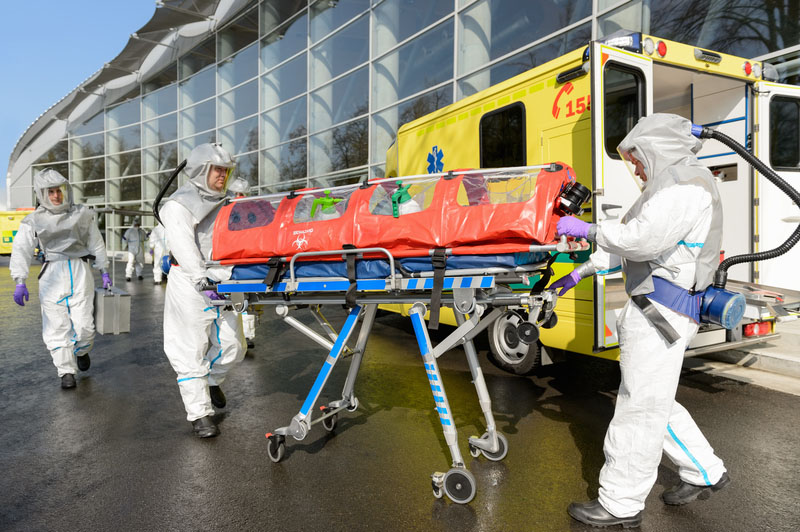 “On 5 January 2020, she developed fever with chills, sore throat and headache. On 8 January 2020, she took a direct flight to Thailand from Wuhan City together with five family members in a tour group of 16 people … was detected on the same day by thermal surveillance at Suvarnabhumi Airport (BKK), Thailand and was hospitalized the same day. After a temperature check and initial assessment, she was transferred to the hospital for further investigations and treatment,” the WHO stated. She reported visiting a local market in Wuhan prior to January 5, but not the Huanan South China Seafood Market where most of the cases were detected.

Japan reported its first case on January 16 and the following day, secondary infection cases were reported in both Wuhan and in Thailand. Wuhan had by this time started to screen travellers leaving the city.

On March 3, Spain recorded its first death. In 14 days (by March 17) more than 550 in Spain had succumbed, dying at the rate of 40 persons per day; or three deaths every two hours. One week later, on March 24, Spain’s death toll from the coronavirus was up to 3,100 or more than six deaths every hour. On April 21, with 23,345 total deaths reported, Spain was counting about 20 human deaths every hour from COVID-19.

This effectively brought the shutters down on the Caribbean’s cruise tourism industry for the year 2020. Cruise ports and reception facilities remained largely unused throughout the year. Meanwhile, cargo operations continued with relatively little change in scheduling and cargo volumes.

With the sudden and total disappearance of cruise business, the year 2020 brought Caribbean wharf and terminal operators to view with renewed appreciation the value of cargo operations for sustaining viable marine port operations. []