By Ibrahim Ajagunna* and Fritz Pinnock**

2017, March 1: Over the last five years, the Caribbean shipping industry has been confronted by a number of challenges. The major one being economy of scale and imbalances in operations among island countries. In order to survive, the Caribbean must overcome the unfavourable economies of scale characteristic of the industry and the inherent disadvantages of operating from and between both small and isolated states.

Today, the volume of cargo through most regional ports does not, in the short term, appear to justify the large fixed capital cost needed to achieve more efficient port operations. Beyond the concern is the fact that port performance in the Caribbean is hampered by a lack of competition. Because an island port has full monopoly power over cargo movements to and from the hinterlands and most Caribbean governments have been reluctant to privatize their ports.

In most cases, Governments retain ownership of port infrastructure and are heavily involved in port operations. Although many of the island-states of the Caribbean are too small to support multiple ports, it is nevertheless possible to achieve competition within a port.

One good example is Georgetown (Guyana), where there is competition among different private and public operators within the port. Although 60% of port traffic still passes through one private terminal, nonetheless, competition has reduced handling charges by 25% to 30%. It is possible even in smaller ports to separate services and spark competition. 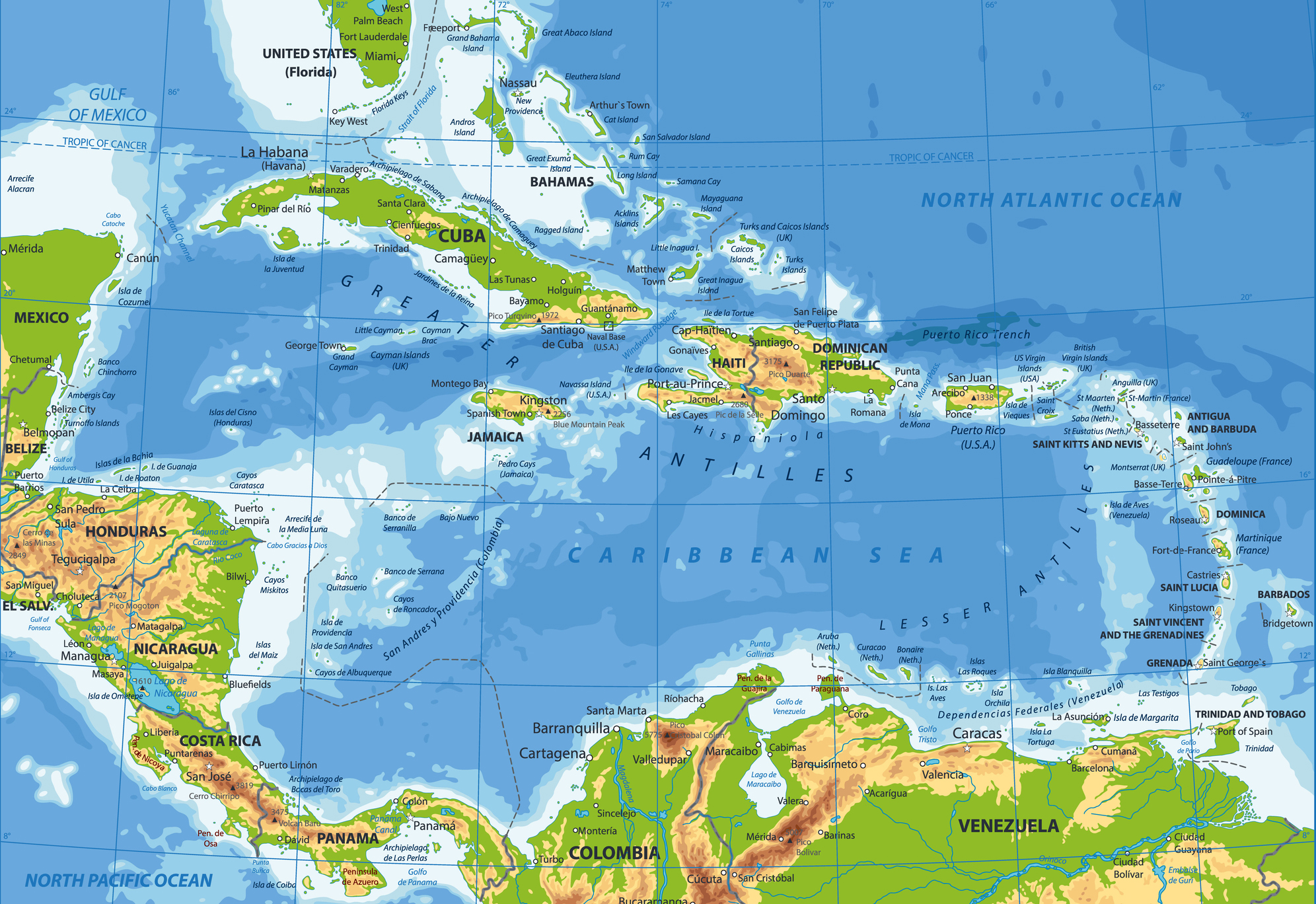 Efforts to improve cooperation among Caribbean port authorities and shipping companies could provide benefits. Coordination to facilitate growth in transshipment, for example, where cargo is moved to and from intermediate hub ports on the way to its final destination, could benefit the entire region. Transshipment allows the use of larger and more specialized vessels and takes advantage of economies of scale at the major hub ports. For small countries even a low volume of transshipment can make up a high proportion of total port cargo traffic.

Transshipment is extremely attractive to ports because it adds cargo to the local trade, making otherwise uneconomical operations profitable and expensive infrastructure investment justifiable. This, in turn, leads to direct benefits for local traders and consumers because it increases the traffic through the port, while lowering unit costs. Developing the most efficient network between ports and maritime transportation would require regional agreement to share in the infrastructure investment costs so that all might benefit from increased traffic flows.

While the availability of ships and international links are essential, this is not sufficient without a proper transport network. Port infrastructure and productivity can ease or frustrate the trading process and in many cases add costly time and effort to each transaction. Port infrastructure work is expensive and can only be undertaken at the national level after a study of throughput, handling methods, productivity, fleet profiles and goals.

While many ports in the Caribbean are still handling cargo with ships gear over wooden docks, many others have acquired the most modern container gantry cranes, shore-side handling equipment and back-up terminal facilities. During global economic decline and slower international trade volumes, spending on port infrastructure should take a backseat to improved productivity. Within a certain range, improved productivity can be used to postpone investment in infrastructure by making better use of existing facilities, reduce vessel turn-time, cargo delivery time, and invariably, cost to the final consumer.

The state of port infrastructure in the Caribbean lies at either end of the spectrum of port development, with very few ports in between. That is, there are those that are highly developed and specialized, for example, Kingston Container Terminal (now operated by CMA CGM), Freeport and Point Lisas. At the other extreme are ports such as Paramaribo and Georgetown. These ports are in need of berth renovation and expansion and overall terminal construction.

Today, the container revolution has brought about the following impacts to which Caribbean ports must respond.

The relative diverse and pervasive nature of the maritime transportation industry highlights the importance of an integrated assessment to help form better links between the disparate stakeholders. Integrated assessment (IA) is particularly important when making large strategic decisions that will effectively determine a future development pathway, that would include public policy decisions that affect the national interest, or corporate strategic choices that could lead to a comprehensive repositioning and restructuring of ports and maritime transportation. An economically vital and diverse sector of any economy is particularly vulnerable to policy deficiencies. This is for several reasons.

One reason is that the maritime transportation industry is extremely pervasive. It affects and is affected by many other sectors, and as a result, it involves or has implications for the livelihood of many people at all levels of society. The converse is also true. The economic potential of maritime transportation can be curtailed by a major policy failure in another unrelated area.

Another reason is that maritime transportation imposes a range of diverse burdens and impacts on the environment, the infrastructure, the culture and social relationships. Thus, the role of integrated assessment in this regard is to identify linkages and interdependencies and thereby make the costs, benefits and consequences of a course of action more explicit. []