…where humpbacks go to play

In winter, thousands of humpback whales leave the icy waters of the Arctic to frolic in the warm, welcoming waters of Samana Bay and the north side of the Dominican Republic. The estimated number of humpbacks making an annual visit to the Dominican Republic to participate in one of the Earth’s most awesome animal spectacles ranges from 1,500 to 7,000 animals, depending on your source of information.

Yet, despite the disparity in the head count, there are some commonalities in the various reports and descriptions of this annual phenomenon. The number of migrating whales is generally ‘guesstimated’ in the thousands. And there is general agreement that they come to the Caribbean for mating, giving birth, and for nurturing newly born calves. The large (518 km2/200 sq. miles) Samana Bay, regarded as the Caribbean’s most popular destination for whale watching, could therefore be crudely regarded as a love nest for humpbacks. 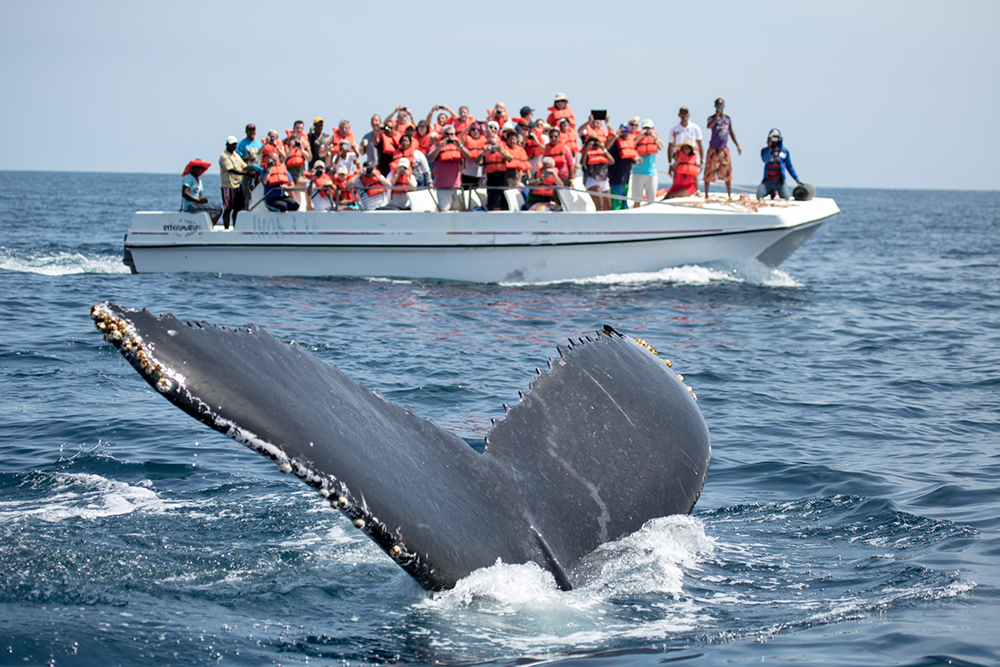 Officially declared a Marine Mammal Sanctuary by the government of the Dominican Republic in 1966, the Bay of Samana – as it is also referred to – receives thousands of whale-watching tourists during the winter months (late December to March) every year. Some intrepid visitors choose to experience the thrill of getting close to the animals on boats from Samana City (the ancient town once known as Santa Barbara de Samana), venturing out on whale-watching tours into the rough swells of the outer bay. Others prefer to view safely from shore the awesome spectacle of giant animals of up to 60 ft. (18+m) in length breaching the surface. This tourism attraction is not available elsewhere in the Caribbean.

It is hardly surprising therefore that the people of the Dominican Republic would seek to develop this natural tourist attraction by building a modern cruise ship facility in Samana Province. Such an initiative, (i.e., the building of the cruise port of Arroyo Barril* and construction of the Ámbar highway) was first voiced by the country’s President Luis Abinader in his inaugural address in August 2020. In June 2022, he announced that tenders would be invited for work on the construction of the cruise port Arroyo Barril in July.  [*The cruise port Arroyo Barril takes its name from its host municipality in Samana]. 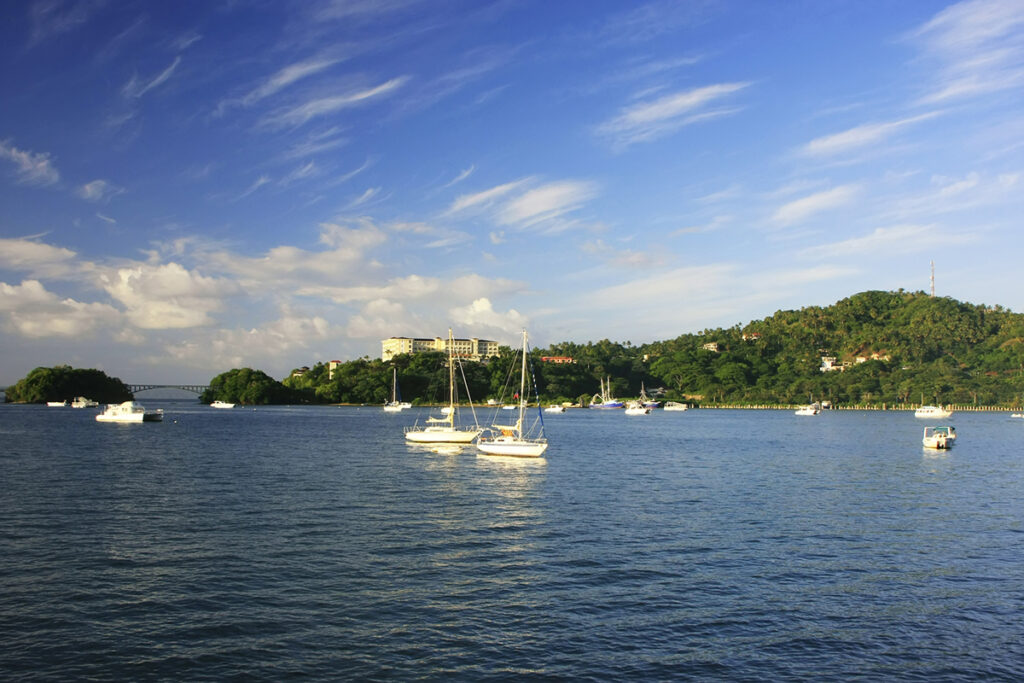 Samana is a tender cruise port. Cruise passengers are ferried ashore. It is protected from the Atlantic Ocean on the north by the Samana peninsula, about 40 miles long and 10 miles at its widest. With tender documents already in circulation, this port development project, along with the construction of the Ámbar highway, will inject new commercial energy into the country’s tourism sector and especially into the economy of towns and communities in the northern regions.

Director of Public-Private Partnerships, Sigmund Freund, as quoted by Dominican Today (May 30, 2022), indicated that with Arroyo Barril: “…we will be hoping for a port operator to come who can rehabilitate the area and build an entire entertainment area, of… restaurants, commercial spaces in the place.”

President Abinader expressed expectations that development of Arroyo Barril; the cruise port of Cabo Rojo in the Pedernales region (currently under construction), and other infrastructure projects will collectively contribute to an increase in cruise passengers visiting the Dominican Republic.

A ground-breaking ceremony to mark the start of construction of the USD98 million four-berth Cabo Rojo cruise port facility was held in June 2022. Completion was expected to be December 2023.

The Cabo Rojo cruise port will offer cruise passengers a taste and feel of the delights of the Dominican Republic, in addition to aquatic attractions. Cultural attractions, particularly art, music and cuisine, will allow visitors to experience authentic DomRep talent and creativity. In addition to a passenger reception facility, visitors will have access to the beach, restaurants, shops and a water park.

As reported by Seatrade, President Abinader is of the opinion that it will be the most important cruise destination in the Caribbean. Describing Pedernales as a “paradise” the President said the Dominican Republic is on the right path to becoming the cruise hub of the Caribbean. 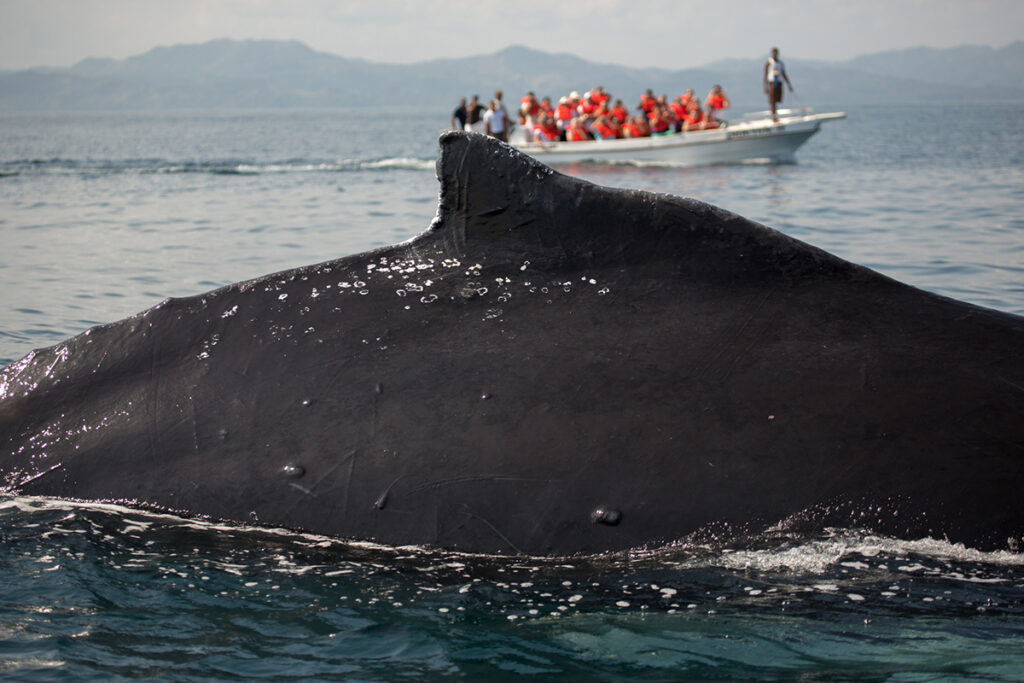 Local sources have been positive about the developments in the region. In its comments (May 31, 2022) on the Port Cabo Rojo development, Dominican Republic Sun news noted that Cabo Rojo was central to development plans for the Pedernales region “…and will be key to welcoming more visitors. It is being built to handle large cruise ships and will contain the necessary infrastructure to process and maintain sizeable vessels.”

Port Cabo Rojo cruise terminal will have capacity to process more than a million cruise passengers annually. This project is a transformative initiative for a region of the Dominican Republic that was already undergoing a major tourism development thrust to upgrade infrastructure and accessibility. When completed, the port is projected to be among the most technically advanced cruise ports in the Caribbean the region.

“With Arroyo Barril, we will already be creating the second cruise port in the northern region, after Puerto Plata. And with the entry of Cabo Rojo, La Romana and Santo Domingo there would be five cruise ports to achieve the objective that President Abinader has launched, that is, the next cruise hub in the Caribbean area,” Director of Public-Private Partnerships, Sigmund Freund told Dominican Today news. 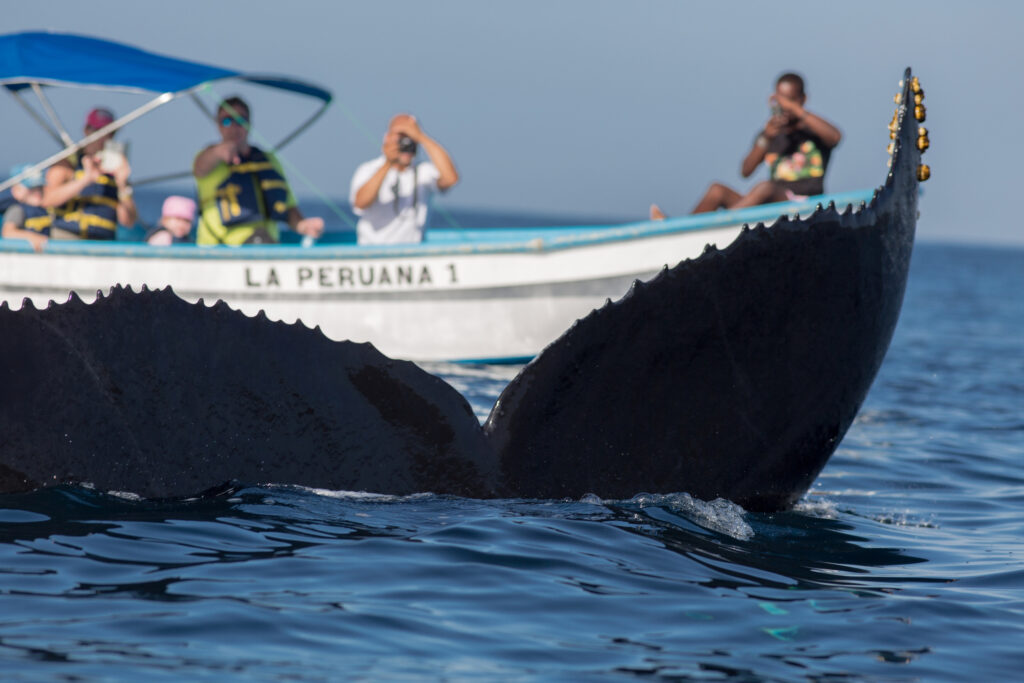 It appears that in the near future, the whales that turn up annually for fun and frolic in Samana Bay could see a significant increase in the number of spectators that show up to watch them play. []