TThe Board of Directors of Kingston Wharves Ltd (KWL) approved an additional US$15 million in expenditure to support the Jamaican company’s current expansion programme. The decision was formalised at the August 11, 2022, Directors’ meeting and brings the budgeted spend on the current expansion programme to USD75 million. US$60 million in capital works having been previously announced at the end of 2021. 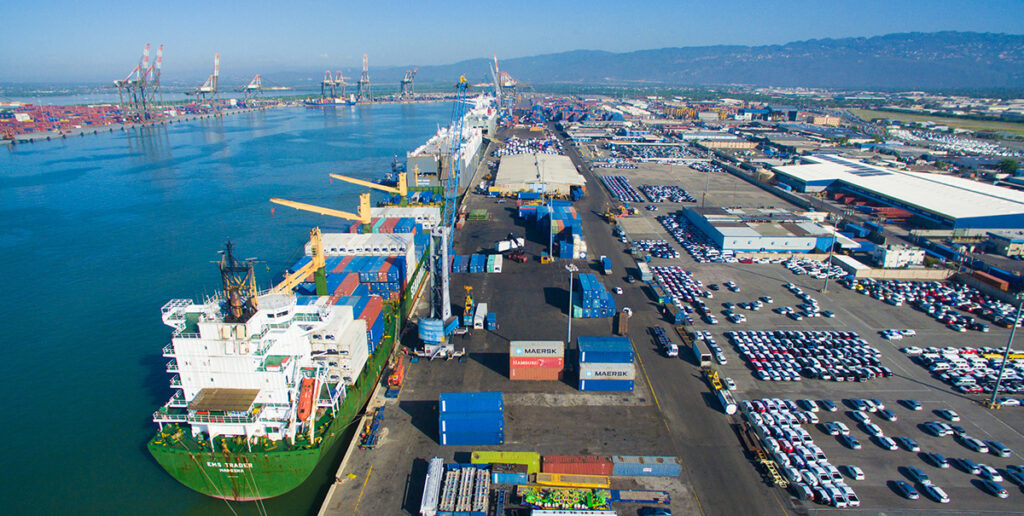 The US$60 million capital works announced by KWL at the end of 2021 included planned redevelopment of Berth 7; acquisition of a Gottwald Model 8 mobile harbour crane; and an Integrated Modular Warehouse Complex. The crane, purchased late in 2021, brings KWL’s fleet of mobile harbour cranes to seven.

In a wide-ranging interview at KWL’s offices with Portside Caribbean’s Editor-in-Chief, Mike Jarrett, on August 16, 2022, Chief Executive Officer Mark Williams spoke about the plans for terminal operations and logistics services.

Centrepiece of the terminal expansion initiative is the expansion of Berth 7, to bring it in line with Berth 8 and Berth 9. Budgeted to cost US$30 million when completed, this project will provide KWL with over 500 feet of continuous berthing with draft of 13.5 metres.

Plans to upgrade KWL’ logistics capabilities centre on the development of a modular integrated warehouse complex and a multi-level car park terminal with capacity for 2,000 car equivalent units. []