BARBADOS: A year of retooling and awards

2016, February 1: The Port of Bridgetown commissioned a new ship-to-shore gantry crane in 2015 – a year that had Barbados winning awards from both the Port Management Association of the Caribbean and the Caribbean Shipping Association.

Retooling is the term that best describes the year at the Port of Bridgetown as it increased its cargo handling capabilities, with the addition of a number of new machines and upgraded technology. 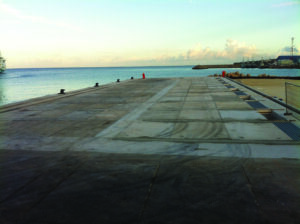 , which began on March 27, 2015, was completed at the end of October. The work was done by local project contractors. This major project included the manufacturing of piles, slabs and beams for the quay by PRECONCO Ltd. Piling activities, creation of stone armour revetments, and the installation of additional crane rails were undertaken by Marenco Ltd. Provision of concrete and paving was completed by C.O. Williams Construction Ltd.

Berth 5, in addition to increasing the cargo and ship handling capability of Bridgetown, is expected to provide, in the short-term, enough berthing to host some of the world’s largest cruise ships, including the mv Britannia and mv Mein Schiff 3. 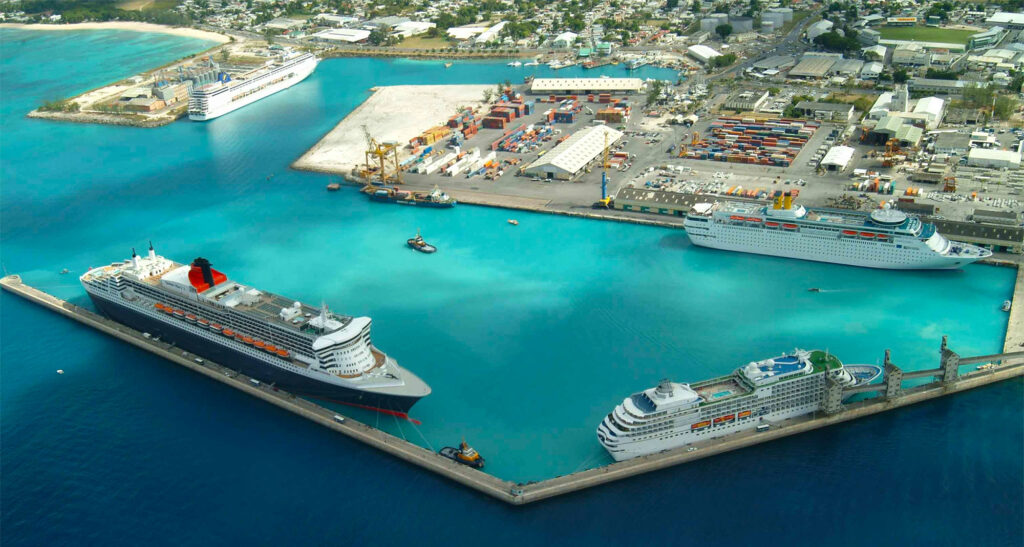 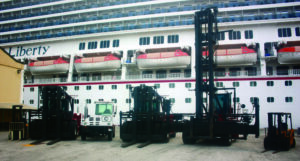 Kenneth Atherley, Barbados Port Inc.’s divisional manager, corporate development and strategy, commented on the successes of 2015, stating that, in addition to the infrastructure, equipment and technology changes, significant progress was made with the Barbados Workers Union to restructure port operations. This, he said, was achieved by a full review of tasks and systems at a joint-committee level with follow-up discussion at the bargaining table, leading to agreement on staff reductions in certain areas to gain greater efficiencies. The parties have also committed to continuing discussions to further improve efficiencies in the port.

“The benefit will be a tighter, lower-cost operation which will also assist the port in restructuring aspects of its finances.”

“The Port of Bridgetown has made significant strides toward creating a more competitive and reliable operation, in line with relevant technologies, better labour practices, utilizing reliable equipment and greater physical berth capacity. These operational and strategic measures will certainly move the port towards greater fulfillment of the needs and expectations of customers,” Mr. Atherley stated. []