Instability and confusion prevail in the absence of truth

2021, August 1: In larger than 25-point font headlines, the front cover of the April/May 2021 Fortune magazine shouts TRUST AND CONSEQUENCES. Corporate wrong doings, lies, and headline ‘misstruths’ from around the globe are chronicled in that April/May 2021 edition.

Fortune editors assigned columnists Geoff Colvin, Matthew Heimer, Beth Kowitt and Clifton Leaf to investigate and lay bare the workings of the most recognizable companies whose public faces with burnished and stately proclamations were viewed as trusted corporate citizens. Companies who, when practices were investigated and unmasked, were found to be corrupt, scandalous, and immoral.

With a quagmire of lies, deceptions and immoral behavior came a loss of trust, faith and confidence by their employees, customers, shareholders and the public.  The US Security and Exchange Commission (SEC), Federal Bureau of Investigation (FBI) and other regulatory law enforcement organizations following investigation labeled them criminals.

On an early page, there is an invitation to the twin golden arches. Come for juicy burgers and hot, salted fries! Of the 39,198 McDonald’s outlets in the world we understandably tend to think only of our local favourite. In its day, McDonald’s could be another Norman Rockwell cover of quintessential Americana — Community, Family, Service and Integrity. However, the headline ‘MacFamily feud: Scandal, Lawsuits, and Cultural upheaval’ presents challenges. Is this the family-oriented McDonald’s imagined by founder Ray Kroc? As we continue to read more questions are raised.

On another page, Volkswagen headquarters announced with fanfare, pomp and pride, their leadership in corporate environmental responsibilities. They pledged that by 2018 they would be “the world’s most environmentally compatible automaker.” Trust in this commitment opened wallets. We bought what we thought were environmentally-friendly VWs. In reality, the new Volkswagen was not ‘green.’ Instead, it was revealed that between 2009 and 2016 ‘deliberate manipulation’ of onboard devices allowed the discharge of tons of pollution into the atmosphere.

Why, and how do companies that reach the pinnacled Fortune 500 status, not to mention lesser-sized firms, all companies that we trust, become so misaligned and to what extent?

Nicolas Rapp and Brian O’Keefe, using data from Philip Mattera’s Violation Tracker1 created a multi-page visual analysis, “Painting a picture of corporate misdeeds.” They wanted to add “a dose of reality” to the “self-congratulatory verbiage” and faces that the corporations were intent on projecting to the public. They graphed and charted the corporations who, in the last 20-years, paid the largest fines in their industries. In the Energy and Extraction industry, BP, in 2015, paid US$20.8 billion on account of the 2010 Deepwater Horizon oil spill in the Gulf of Mexico. In Health Care, Purdue Pharma paid US$8.3 billion for the marketing and sale of opioids. In Hospitality Leisure and Entertainment, companies paid fines totaling over US$800 million. But it was Finance, Insurance and Real Estate that led them all as they paid out over US$60 billion for regulatory wrongdoings.

Lying as a norm

Ron Carucci, in the February 15, 2019 issue of the Harvard Business Review, wrote in his column: “4 Ways Lying Becomes the Norm at a Company.”  He suggested that it is leadership that determines whether company personnel will be honest. Leadership failures, he proffered, promote a culture that nods to lying as a norm. How does this come about? Use the Big Lie!

In his 1925 autobiographical manifesto, Mein Kampf, Adolf Hitler posited the use of the Big Lie. “… the use of a lie so colossal that no one would believe that someone could have the impudence to distort the truth so infamously.”

Applying Carucci’s template to real world situations the following strategic responses could provide insulation from the dysfunctionality created by lying in the workplace. Lack of strategic clarity can be addressed by ensuring that all actions are in alignment with a clearly articulated Mission Statement. For Unjust accountability systems create and codify definitional standards of measurement. Poor organizational governance requires establishment of a direct line of communication and information flow amongst decision makers. As regards Weak cross-functional collaboration, the provision of incentives can promote and help to establish a culture that fosters mutual support to achieve corporate objectives.

These are organizational (not individual) issues that require cultural creation. It is leadership’s responsibility to lead, by example, a praxis that encourages engagement; rewards open and honest communications; encourages collective in-house challenges without competition; and, builds mutual trust upon which to advance a commitment to a broader mission.

Without strong leadership, corporate misbehavior will continue. Wells Fargo CEO, John Stumpf who was named Banker of the Year in 2013 and his company were ranked 7th on Barron’s list of the Most Respected Companies in 2015. However, in the following year, over five-thousand employees were fired for unethical sales practices for creating 3.5 million fake accounts. The company then faced fines of nearly US$3 billion.

Recall the story of Enron Corporation, the seventh largest US company with its US$64 billion in assets which, for six consecutive years (1996-2001), was named by Fortune magazine “America’s Most Innovative Company.” In December of 2001, Enron filed the largest bankruptcy case in US history. Investigative reporting brought to light seedy accounting practices used by the executive group to hide billions of dollars of debt. These corporate executive officers misled the board and pressured auditors Arthur Andersen to overlook the issues. The consequences: Kenneth Lay, Enron’s founder, was sentenced to 24 years in prison and ordered to pay fines, forfeitures and restitution of US$630 million. Previous CEO, Jeffrey K. Skilling was found guilty of 19 counts of conspiracy and fraud and served 12 years in prison. Andersen Consulting was charged with obstruction of justice for shredding and doctoring documents related to the Enron audits. It was fined US$500,000 and put on probation, losing 89 years of credibility, and soon Andersen closed.

These actions by corporations and corporate leaders who abuse privilege often result in disgrace, fines, incarcerations, and suicide. These are the deserved consequences of deliberate misbehaviour at the highest levels of authority. However, authority-level differences are not insular. Stevedores, crane operators, manifest clerks and workers who perform both critical and ordinary operations at, for example the Caribbean entrepôts, are no different than those of the highly presumed privileged. Right is right, truth is truth, lies are lies and morals and ethics must be the same for all. There is no distributive class allocation for missbehavior.

David Straker, author and webmaster of ChangingMinds.org, suggests that our intentions are directed either to gain advantage or esteem or to avoid punishment or embarrassment. All have risk-reward consequences. The perceived gains from deceit, lies and misdirection, can quickly result in an indelibly soiled reputations and permanent loss of credibility. This intentional behaviour results from a personal choice and associates personal risk with reward. Do we risk the future with the smear of an indelible mark on our reputation for a real or imagined reward? 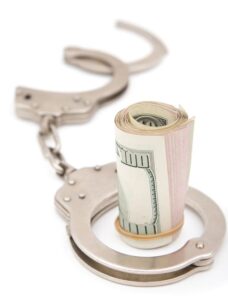 In the extreme, are we willing to damage ourselves or others in exchange for a perceived or targeted gain. Rather, should we not instead instinctively challenge the precept that the end justifies the means. Are we all too willing to ignore the wisdom of “if it’s too good to be true, it’s too good to be true?” About 4,800 investors and charities did just that when they gave their US$19 billion to the founder and Chairman of the eponymous Bernard L. Madoff Investment Securities, LLC. His giant Ponzi con caused many of his clients to declare bankruptcy. Mr. Madoff was arrested by the FBI in 2008, pleaded guilty to 11 federal crimes and was sentenced to 150 years in prison with restitution of US$170 billion. He also solidified his legacy as a criminal who died in prison serving his sentence.

Are we so incapable of telling the difference between truth and deception, right and wrong? Have we become so cynical that we fail to trust the premise that people by nature are good and therefore act for good? Or, are we simply lazy and uncaring?

The reasons for lying are varied as Dr. Paul Ekman, psychologist, author, CEO Paul Ekman Group asserts. He notes people lie for eight reasons: First, to conceal or omit rewards and benefits received in an attempt to screen the true motivation; to avoid punishment; to prevent the adverse effects of the truth; to protect others with a Camelot belief in noble loyalty; to protect oneself by projecting an exaggerated picture of accomplishment; to avoid revealing information or to enjoy successful deception as an end onto itself or as a thrill to hide a mistake or an embarrassment; and, to feign politeness so as to preserve social harmony with false compliments.

Regardless of the motivation, if the lie accomplished its purpose, it results in (even encourages) a continuation of undesirable behavior. And, with each repetition of misbehavior, we reflexively decide yes/no, right/wrong, good/bad, moral/immoral, true/untrue to make our judgmental call. Now, as embedded into our psyche, we would then measure everyone’s behavior by our imagined and biased standard. Our biases form a jaundiced view and are projected onto everyone. If others cannot see the value of our actions, they must either be won over or treated as an enemy.

So divided, have we created an architecture for aberrant ‘we/they’ camps of corruption, scandal and distrust? These camps began with an acceptable stretch of truth in the form of an innocent white lie which became a fib and ultimately became the pinnacle of a well-practiced Big Lie.

The consequences of the lies, untruth and broad scale dishonesty, in a world of distrust were well chronicled by the Fortune writers. Do these writings of wrong-doing present a challenge to question our moral fibre of self and of our conscience?

1  Violation Tracker, launched in 2015, is a free online database on corporate crime and law violations.

2  Cartoonist Walt Kelly used the quote in his comic strip in celebration of the first Earth Day, 1970.