THE LAW: safety, efficiency, prevention and control of pollution

It is important that Caribbean authorities regulate the maritime sector in order to realize the potentials and reap the benefits which treaties and regulations make possible.

Maritime safety, efficiency of navigation, and prevention and control of marine pollution from ships are key objectives of the maritime community as promoted and maintained by the International Maritime Organization (IMO).

As regards maritime safety, in 1974, the IMO introduced the International Convention for the Safety of Life at Sea (SOLAS), which is described as ‘the most important’ of international treaties on safety of merchant ships and which specifies minimum standards for the construction, equipment and operation of ships, compatible with their safety. These standards are managed through the inspection of vessels by Flag States and the issuance of certificates as proof that the vessels are in compliance with the relevant standards.

The Convention, despite its importance, does not apply to all ships. In fact, only international sea-going vessels are held accountable to the standards of the SOLAS Convention. Warships, cargo ships of less than 500 gross tonnage (GT), non-propelled ships, wooden ships, non-commercial pleasure yachts and fishing vessels are all excluded as per SOLAS, Chapter 1, Part A, Regulation 3.Similarly, Regulation 5.1.3 of the Maritime Labour Convention (MLC), which represents the ‘fourth pillar’ of maritime regulation covering international shipping, explicitly states that the Convention applies to ‘ships of 500 gross tonnage or over, engaged in international voyage’. 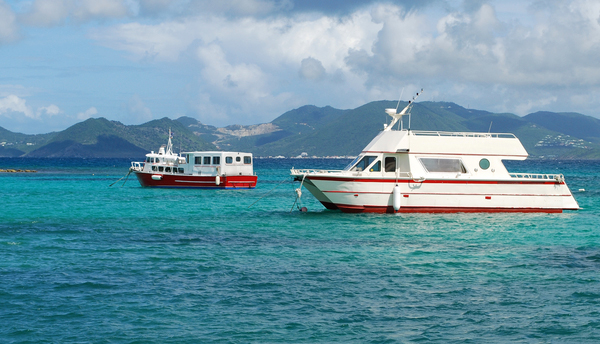 This maritime legislative framework covers and regulates the over 53,973 merchant vessels (UNCTAD, 2021) traversing the planet, however, there are several vessels that continue to operate “under the radar” – approximately 8,755 yachts and other small commercial and cargo vessels that carry goods and conduct business within the territorial waters and exclusive economic zones of coastal states.

Due to its tropical climate, trading potential, and strategic location, the Caribbean region continues to be an attractive destination for yachting and small commercial vessels. 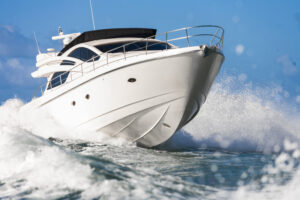 The Caribbean has a long history of inter-island maritime shipping, with a considerable number of vessels with capacity of less than 500GT operating regularly within the region. These vessels usually provide most small parcel, break-bulk, and cargo movements between the islands; and has been traditionally characterized as highly fragmented with limited coordination amongst stakeholders, as well as little public sector support (Horne-Bique, 2017). Smaller vessels are numerous in the Caribbean, and for governments in the region, the safety of those ships has been a matter of considerable importance (IMO, 2021).

The Code of Safety for Caribbean Cargo Ships (CCSS Code), first adopted by the Final Preparatory and Signatory Meeting on Port State Control for the Caribbean Region in February of 1996, with the most recent amendments adopted in October 2020; was developed to establish a regional safety standard and pollution prevention for cargo ships of 24 metres length, and oil and other tankers which are less than 500 GT, irrespective of length, that are engaged in voyage and trade within the Caribbean Trading Area. 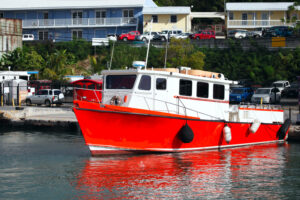 On the other hand, the Code of Safety for Small Commercial Vessels Operating in the Caribbean (SCV Code), first adopted in 2017 and most recently amended in August 2021, applies to vessels operating commercially, trading in the Caribbean Trading Area, which are five metres or more in length overall and less than 24 metres in length and which, if carrying more than 12 passengers, operate within 20 miles of the nearest harbour or safe refuge, carry not more than 150 passengers and where overnight accommodation is provided, not more than 50 passengers overnight.

Consistent with the SOLAS Convention and other maritime safety codes, regulations and guidelines, the CCSS Code and the SCV Code both contain provisions for improving safety culture and performance, operational reliability and the overall safe operation of  vessels. Additionally, provisions on training and certification for small vessel operators are also included within the Codes to align with the international standards and requirements, which will ultimately improve the vessel operators’ responses to emergencies, hazards and other accidental situations, identification of non-conformities, and general management of the vessels in compliance with local and international standards.

As with international conventions, individual countries within the region, having approved the CCSS and SCV Codes, are required to implement the Codes within their local laws to enable proper effect of the provisions. Under the international maritime regime, the region is comprised of 14 States and 17 Overseas Territories or parts within the Caribbean Basin or bordering the Atlantic Ocean.

Table 1. Countries that have fully implemented the Codes within their national jurisdiction

Maritime Administrations within the Caribbean Trading Area urged to implement and apply the standards within the CCSS and SCV Codes. However, at the start of 2022, only six Caribbean states have given full and complete effect to either of the Codes within their local jurisdictions. The continued delay in full implementation ultimately results in delay in the proper application of the Codes.

Despite the numerous setbacks caused by the COVID-19 pandemic, it was projected in the United Nations Conference on Trade and Development’s Review of Maritime Transport 2021, that growth in global maritime trade volumes is expected to moderate and expand at an annual rate of +2.4% between 2022 and 2026. This projected increase is expected to affect all regions, the Caribbean included, which will ultimately impact the small intra-region commercial trade.

It is therefore important that this sector is effectively regulated, to ensure safety and operation of vessels to international standards. Heads of Maritime Administrations and Port Managers are urged to collaborate to ensure the full implementation of the Codes in their states and territories to allow the adopted provisions to take effect.

It is important that Caribbean authorities regulate the maritime sector in order to realize the potentials and reap the benefits which these treaties and regulations make possible. []

*Deniece M. Aiken BSc LLB MSC (Maritime Law & Policy), a member of the Int’l Association of Marine Consultants and Surveyors, is an Attorney-at-Law with experience in maritime, corporate, labour and real estate laws, and WMU-Koji Sekimizu Fellow for Maritime Governance.