Make yours the preferred port

The year 2020 began like any previously ­ anticipation, plans, another oyster waiting to be opened but by March of that year along came Covid 19. The immediate reaction by most Port Mangers would have been we can manage this as it is barely, if at all, coming this way. Little did we know. And, more than a year later, we were still trying to understand what hit us.

Port Managers were already facing a list of issues. Let us look at a five.

With the impact of Covid 19 and the general slowing down of business a wonderful opportunity arose. A lot of what was discussed by those deeply involved in Climate Change issues was now in evidence. Smog in smoke-ridden cities cleared up quickly after shutdowns in industry. The carbon footprint of shipping was reduced considerably as there were no operating ships. To be sure, shipping produces only 3% percent of that produced in the world. Many countries moved ahead with battery-operated short haul ferries and Ports started looking at (and in some Ports implementing) plug in green facilities for visiting ships. The Port Manager now faced a new list of issues.

New Legislation would come as meetings of the various IMO2 committees continued, virtual meetings having become the norm.

The new amendments and tightening of existing Conventions were well on the way. Already, in January of this year, MARPOL Amendments to Annex II added new paragraphs to Regulation 13 controlling discharges of residues of noxious liquid substances. While this is specific to Northwest European waters, similar type changes may be in the pipeline for warmer climates.

Amendments to Air Pollution Prevention and Fuel verification procedures are in effect. In June 2022 Ballast Water Management Systems will be tightened. Also, the IMDG Code has been changed as far as segregation of liquid organic substances goes.

The most significant changes in 2022 will be in carbon footprint and greenhouse gas emissions (GHG). This has been discussed in previous papers but 2022 is upon us and we should look at it again.

The question must be asked: Will this new IMO plan to reduce shipping’s carbon emissions be enough?

As mentioned, global shipping accounts for about 3% of the world’s annual carbon emissions. And pressure is mounting for the industry to reduce pollution to net zero carbon emissions worldwide by 2050. 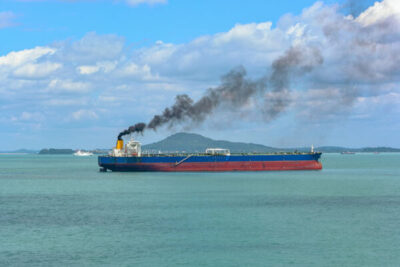 Our industry has lagged in initiatives to aggressively deal with pollution reduction perhaps because 3% seemed already quite low. The IMO Maritime Environment Protection Committee’s 76th meeting (MEPC 76) on June 17, 2021, made amendments to international regulations but they were regarded as inadequate by environmental and climate activists.

The maritime sector must dramatically change its approach to decarbonisation.

The IMO’s target of reducing by half the levels of shipping emissions recorded in 2008 by the year 2050 appears doable. Regrettably however, its Maritime Environment Protection Committee did not set interim targets at its 76th meeting on June 17th of this year. Such targets would have provided the industry with progress markers to keep this initiative on track to achieve the 2050 objective by the deadline.

Fossil fuel use must be revisited. And effective cleaning up of it must be a priority. In this regard port inspections become pivotal. The Port Manager’s role is constantly changing. Indeed, the only thing constant is change.

Carbon Intensity (CI) reduction requirement is the first measure. Ship owners must calculate a Carbon Intensity Indicator (CII) for each vessel annually. In addition to the ship’s energy consumption, the cargo carried must be considered. This is calculated annually and at the end of the period plans must be crafted to maintain or cut the CI to reach annual specific targets. 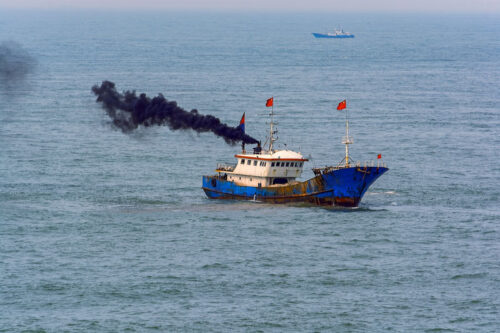 The region is serviced by vessels over fourteen years old burning heavy fuels. While emission scrubbing and fuel type can reduce the carbon footprint, it is a serious matter. It may well mean scrapping vessels and upgrading the regional fleet.

The second measure speaks to the Energy Efficiency Ship Index (EEXI). This scope is larger as it targets technological improvements for existing ships. Ships now must be surveyed annually by Classification Societies using the EEXI. While this is in force from November 01, 2022, there is some leeway until January 01, 2023, for vessel operators to look at fuel consumption options. EEXI will be a headache for Ship owners and operators.

As mentioned before scrubbing is one way to comply with the new IMO’s limit on Sulphur emissions. This has its limitations as some countries do not allow the discharge of the scrubber effluent. During the 2008-2009 global recessions, container ship operator Maersk reduced ships speed by as much as forty percent and it was commonly called slow steaming. In fact, during the crude crisis of the mid-seventies this was quite common in the crude oil trade. This has caused emissions to drop by 13% percent according to studies.

The UCL Energy Institute has said that it is extremely hard to estimate how companies will comply. It has been put forward by others that other fuel saving devices, such as sail, may be popular in the short term. This must be considered until current fuel is replaced by a more economical or alternatively fueled replacement.

The continued use of fossil fuel will go on. The measures currently being taken and strict monitoring can meet some of the IMO’s limits. There is slow progress towards zero carbon technology. Consideration is being given to green Ammonia and methanol as the immediate alternate fuels. Suggestion of bunker surcharges and carbon taxes to raise funds for R&D has not been implemented but may well be by the time the next round of meetings starts in November 2021.

Generally, people in and out of the industry feel that the shipping targets are still not aligned to the Paris Climate Agreement. Cost is clearly an issue of concern, especially for an industry seeking to rebound from the economic downturn of the COVID-19 pandemic as well as the additional knock-on madness in the container shipping industry.

If one tries to be practical, questions must be asked as to whether the new clean fuels can be produced in the quantities needed and have the distribution required to make inroads in the industry. This is going to require massive investments in land-based production and infrastructure. These matters are outside the purview of the shipping industry. The industry neither produces the fuel nor approve the areas for production.

The Port Manager must not be a pawn in this game. Many decisions, good and bad, are being made before the ship arrives in port. There is new and innovative technology. The Port Manager must seek to work with the regional education institutions to get them involved in projects and education about Carbon footprints, greenhouse gases and all that is associated with Climate Change.

The northern Caribbean is currently served by the Caribbean Maritime University; and, the southeastern Caribbean by the University of Trinidad and Tobago. Port Managers should engage these institutions to design relevant, adequate training modules and courses. In the meantime, the Port Manager must prepare the port with non- emission equipment both on land and sea. And port users should be given precise instructions, a timeline and a deadline to have their vehicles and equipment compliant with the port’s Climate Change objectives.

These strategies and initiatives could make yours the preferred port. []

1 – United Nations Convention on the Law of the Sea1