Prevention the only viable option

Talk of catastrophic natural disasters in the Caribbean may bring imaginings of screaming, ferocious gale-force winds ripping entire roofs off sturdy buildings. Perhaps visions of murky storm water speeding floating debris through narrow urban streets. Yet, the damage caused by tropical hurricanes, no matter how severe, will usually pale in contrast to the catastrophic, often irreparable damage that non-indigenous invasive species can create if left to multiply.

The Caribbean region, with its delicately balanced eco-systems, is particularly vulnerable – not just environmentally but socially and economically as well. This vulnerability is evident in countries and regions where the environment is a pillar of the national economy and a critical driver of economic and social development. Yet regional defences against careless or reckless introduction of non-indigenous species appear relatively weak despite general awareness of the risks and catastrophic consequences. There is even evidence of some disinterest. 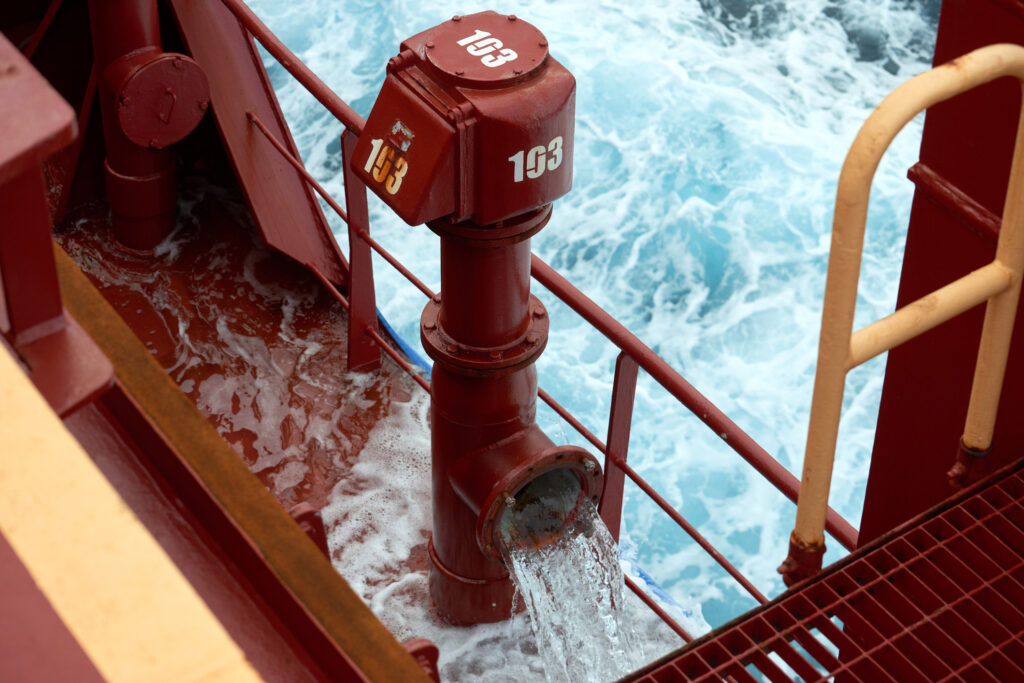 Ballast is essential for operating ships. It is the weight in the bottom of the hold that gives the vessel stability for carrying various types and volumes of cargo. Before the advent of steel-hulled ships, ballast was dry material. With steel hulls came the ability and convenience of using water as ballast. When the cargo is relatively light, water is pumped into ballast tanks as weight to allow the ship to float lower and more stable. When the cargo is relatively heavy, there is less need for weight and ballast water, now no longer needed, is pumped out into the receiving waters. Ships are therefore moving water in their ballast tanks from one port to another; from one ecosystem to another, often half-way around the Earth.

Concern about the risks posed by transportation of water from one ecosystem to another gained the attention of the International Maritime Organization and drove the world body to study the impacts. This resulted in the promulgation of the International Convention for the Control and Management of Ships’ Ballast Water and Sediments (dubbed BWM Convention and Guidelines) on February 13, 2004. The convention, called ‘Ballast Water 2004’, came into force more than 13 years later, on September 8, 2017.

As of December 20, 2018, at least eight independent Caribbean countries had not yet acceded to this important global agreement.

According to the IMO, invasive aquatic species present a major threat to marine ecosystems. The organization identified shipping as a major factor in moving species from one environment to another. The problem, the IMO stated, only got worse with the growth and expansion of global trade and the introduction of steel hulls.

According to Ontario’s Invading Species Awareness Program, more than half of the non-indigenous aquatic species found in the Great Lakes came there in ballast water. And so, in 2006, the federal governments of Canada and the US developed joint legislation requiring ocean freighters to treat their ballast water prior to entering the Great Lakes. Since this effort, zero species have been introduced through ballast water, the organization stated on its website. Notwithstanding, the struggle to control the proliferation of non-indigenous aquatic creatures in the greatest freshwater system in the hemisphere and the planet continues assiduously.

“Unfortunately, the damage caused by invasive species often goes beyond the ecological. They can threaten human health and hurt the Great Lakes economy by damaging critical industries such as fisheries, agriculture and tourism. It is extremely difficult to control the spread of an invasive species once it is established, which makes prevention the most cost-effective approach to dealing with organisms that have not yet entered or become established in the Great Lakes.”

The relatively close geographic proximity of the Great Lakes to the Caribbean region and the steady growth of cruise shipping (the Caribbean’s major regional industry) on the Lakes makes experiences with identification and control of invasive species there relevant. Common opinion is that the problem will get to worst before it gets better.

“The effects of the introduction of new species have in many areas of the world been devastating. Quantitative data show the rate of bio-invasions is continuing to increase at an alarming rate. As the volumes of seaborne trade continue overall to increase, the problem may not yet have reached its peak,” the IMO.

The primary objective of the Ballast Water Management Convention adopted in 2004, is to effectively prevent the spread of non-indigenous aquatic organisms from one region to another. By establishing standards and procedures for the safe management and control of ballast water and sediments brought into ports by ships.

Under the IMO’s BWM Convention, all ships engaged in international trade must manage their ballast water and sediments “according to a ship-specific ballast water management plan.”

The BWM Convention does not seek to limit ports in actions they may take to protect their country from non-indigenous aquatic species. To the contrary, the convention encourages jurisdictions to collaborate and to go above and beyond what has been stipulated and to take ‘additional measures’ within the criteria set out, in order to protect the environment. Parties to the convention are therefore given certain rights and obligations including:

The Convention (Article Seven: Survey and Certification) requires that ships be surveyed and certified. It authorises inspections by Port State control officers (Article Nine: Inspection of Ships) to verify that the ship has a valid certificate, inspect the Ballast Water Record Book and/or sample the ballast water.

If there are concerns then, the IMO recommends, a detailed inspection may be carried out and “the Party carrying out the inspection shall take such steps as will ensure that the ship shall not discharge Ballast Water until it can do so without presenting a threat of harm to the environment, human health, property or resources.”

Invasive species can cause catastrophic harm across eco-systems, destabilise an economy, and decimate a country. Most of these non-indigenous species will arrive on board ships in international trade.

Port managers and regional governments cannot wait until the problem is identified to take corrective or defensive action, for then it is already too late.

Prevention is the only viable option – seize it now. []

MOST EFFECTIVE CONTROL STRATEGY IS PREVENTION

The Emerald Ash Borer, a little bug native to China, barely half-an-inch long, is rapidly destroying several varieties of giant Ash across North America… just a few hours flight time from lush, tropical forests in the Caribbean. Discovered in North America in 2002, the little monster has been breeding and spreading and, in less than 20 years, was to be found in five Canadian Provinces. Previously healthy forests with towering Ash trees are now showing evidence of Emerald Ash Borer devastation, as Ash trees under attack lose their foliage, beginning at the crown, and then die. Some municipalities have resorted to cutting down infected trees so as to control the little green monster.

Once introduced to a new environment that allows them to thrive, invasive species can ultimately destroy and/or transform any ecosystem; destabilise national economies and devastate long-existing cultures.

The most effective strategy to protect the environment and civilization from destructive invasive species is prevention.[]