Just half a year to go

2019, July 1: With increasingly tragic consequences of climate change daily playing out on network television, port managers like all else must keep all environment protection regulations on top of their priority list. Perhaps the most far-reaching of such regulations takes effect in half a year or less.

Implementation date for the reduction of sulphur content of fuel oil used in ships has been fixed at January 1, 2020. It has been ascertained that enough approved fuel will be available and the option to delay implementation was bypassed.

The regulatory authority for international shipping, the International Maritime Organization (IMO), took the decision to implement a global sulphur limit of 0.50% m/m (mass/mass) in 2020 by the Marine Environment Protection Committee, meeting for its 70th session in London in October 2016.1

This limit is well below the 3.5% m/m global limit currently in place and demonstrates the urgency for dramatic change that the IMO attaches to its objective of ensuring that shipping delivers on its obligations to protect Earth’s environment. IMO Secretary-General Kitack Lim then commented on the IMO’s mission to ocean shipping environmentally responsible. He said pointed to the benefits that would be delivered with the reductions in sulphur oxide emissions and particularly improved health of people living in coastal communities and port towns. 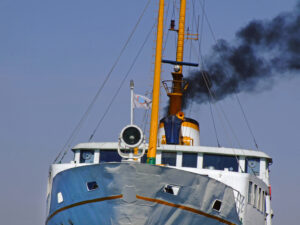 The IMO accepts ships meeting the requirements by using low-sulphur compliant fuel oil. And it was recognised that an increasing number of ship operators are using gas as a fuel because of its negligible sulphur emissions when burnt. Another alternative fuel is methanol, which is being used on some short sea services. These strategies led the IMO to developing the International Code for Ships using Gases and other Low Flashpoint Fuels (the IGF Code). This code was adopted in 2015.

The IMO says that ships may also meet the lowered emission requirements by using other approved equivalent methods including exhaust gas cleaning systems, called ‘scrubbers’. Scrubbers ‘clean’ the emissions before they are released into the air. The IMO requires that the flag State must approve all equivalent arrangements.

The new global limit will not change the limits in SOx Emission Control Areas (ECAS) of 0.10% m/m, established by IMO and which have been in force since January 1, 2015. The ECAs established under MARPOL Annex VI for SOx are: the Baltic Sea area; the North Sea area; the North American area (covering designated coastal areas off the US and Canada); and the US Caribbean Sea area (around Puerto Rico and the United States Virgin Islands).

Discussions around demands, strategies and needs that the January 2020 implementation of these regulations may impose on local ports are best discussed now, with barely half a year to go. []

1 Regulations governing sulphur oxide emissions from ships are included in Annex VI  to the International Convention for the prevention of Pollution from ships (MARPOL Convention). Annex VI sets progressive stricter regulations in order to control emissions from ships, including sulphur oxides (SOx) and nitrous oxides (NOx) – which present major risks to both the environment and human health.