Although impacts of tsunamis are felt throughout coastal areas, near a harbour or not, the reason for this direct connection with ports and harbours is clear. In Japanese lore, a fisherman would return to shore, with no observation of a tsunami while in deep water, to find his home harbour devastated. Harbours, in general, can act to amplify tsunami effects in two different, yet often coupled, ways: by increasing both the height of the tsunami and the ocean current.

Increasing ocean elevation (i.e. the height of the tsunami), in ports and harbours occurs through a process called resonance. Put in simplest terms, resonance in harbours occurs because wave energy can more easily enter the harbour than it can leave. In more specific terms: while the energy associated with a single crest of the tsunami may enter a port in tens of minutes, it may take hours or days for that energy to leave the harbour because the energy is scattered by structures and shorelines.

As tsunamis are characterized by many sequential crests – a tsunami is a train of waves, not a single pulse – we see that a harbour effectively contains the energy of all these crests.

This trapping of energy is only a part of the phenomenon of ‘resonance’.  All basins have what are called “modes” (i.e. frequencies of water wave motion), where the length of the wave matches a characteristic length of the harbour. A simple example of these special resonant frequencies is sloshing water in a bathtub or tank. 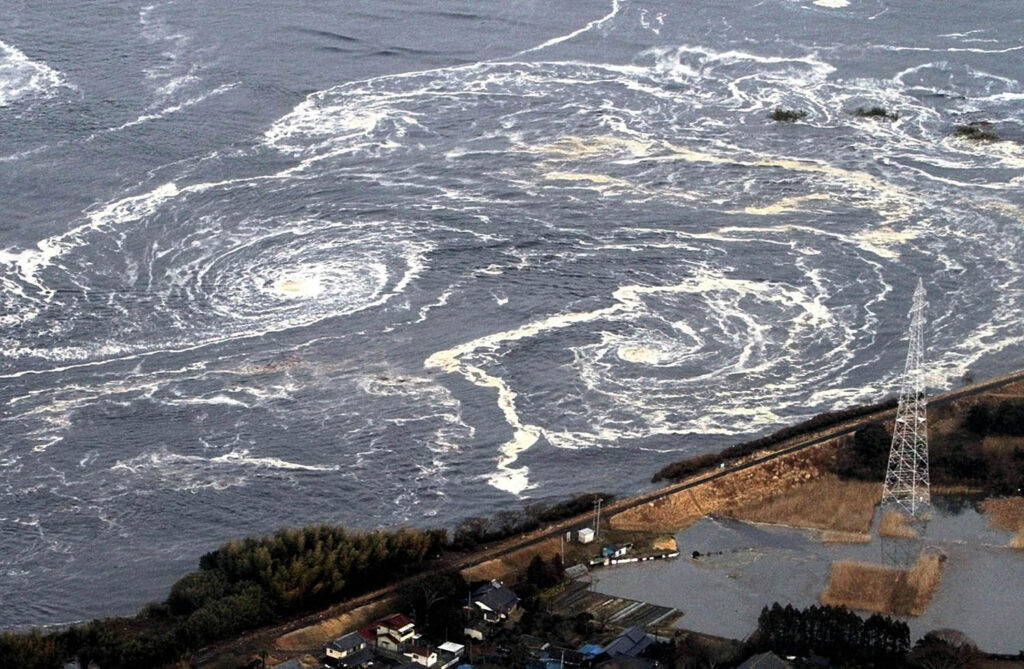 The resonant period of harbours often varies, from a few minutes to tens of minutes. This happens to be the same period-range of most tsunamis. Bring these two factors together – (i) the trapping of tsunami energy by harbours and (ii) the existence of resonant modes – shows how tsunamis can be particularly energetic in harbours.

During a tsunami, as a harbour continues to trap more and more near-resonant period energy with each successive wave, the height of the tsunami inside the harbour continues to increase, higher and higher until, eventually, a large port can resemble sloshing water in a bath tub.

Resonant amplification of tsunami height in harbours can lead to flooding elevations inside the harbour that are 10, up to 20 times higher than flooding elevations on nearby open coasts. The precise amplification factor is a strong function of the geometry and complexity of the harbour and can be predicted quite well with modern engineering tools.

This process of resonance makes harbours concentrated “hot spots” of tsunami energy.  With this increase in tsunami energy, combined with the complexity of structural layout (including docks and piers) in harbours, a level of chaos in the currents can arise.  This chaos takes the form of strong jets of water and large, spiraling eddies and whirlpools that can move throughout the harbour in a seemingly random manner. As the water under a tsunami tries to move around a corner, such as the head of a breakwater, it will start to spin. If the water is moving fast enough, this spinning water will form a closed loop; this is the start of the eddy or whirlpool. These spectacular jets and whirlpools can be a frightening sight. More than that, they can be the main driver of major damage in the harbour.

Many records of tsunami effects note large whirlpools or eddies. Observations of tsunami-induced whirlpools were recorded thousands of years ago. Glyphs and carvings of indigenous peoples in the Pacific Northwest depict tsunami whirlpools associated with sea monsters, making the ocean boil and swallowing fishermen. In more recent centuries, observations come from ship captains and harbour masters.

An earthquake in 1867, in the Caribbean’s Lesser Antilles caused extreme damage in many ports (Reid and Taber, 1920). In the Port of Saint Thomas, an Admiral of the U.S. Navy noted the formation of a large whirlpool in the center of the bay, pulling floating debris towards it.  This whirlpool formed after the arrival of a 20-foot high, three-tiered wave. Another naval vessel in the port was spun around some 20 times in the receding waves until finally it settled in the large gyre in the centre of the bay, spinning slowly for hours.

During the 2004 Indian Ocean tsunami, damage to harbours was noted in a series of papers by Okal et al. (2006). The most remarkable of these events occurred in the Port of Salalah, Oman. About 20 to 30 minutes after the arrival of the first waves, extreme currents were generated near the most offshore unloading berth, where a 285-m long container vessel was moored. The currents were strong enough to pull the ship away from the wharf and break all its mooring lines. The vessel then drifted on the currents for hours, spinning three times, before beaching on a nearby sandbar. Numerical recreation of the event indicates that the currents were highly rotational and rapid but that the tsunami amplitude just outside of the harbour was relatively small, on the order of 50 cm.

The 2011 Japan tsunami caused severe damage throughout the Pacific. Huge, white-water whirlpools were photographed in numerous locations throughout Japan. Harbours were destroyed in California.

An event that received little attention in the days following the tsunami occurred in Guam, a small island with a large US Navy presence. Two Navy nuclear submarines were pulled off their mooring lines. They drifted with little control on the tsunami currents before being re-captured. The measured tsunami elevation in Guam at the time was less than 12-inches: 30 cm.

The hazard assessment implications of the fact that a tsunami one-foot high can generate currents strong enough to part the lines of a 300-metre vessel or pull one of the most sophisticated nuclear submarines from its berth are troubling, to say the least.

Further studies have shown that although a relatively small tsunami can create very strong currents, these are highly localized. This knowledge suggests that, within a harbour, there are likely to be both high-risk berths and low-risk berths. Identification of these relative hazard levels allows for risk-informed prioritization of both (a) during-event emergency response and (b) pre-event engineering mitigation.

In the USA, ongoing efforts supported by the National Tsunami Hazard Mitigation Programme (NTHMP) and FEMA are attempting to provide this type of localized hazard information inside port and harbours. Maps that show areas of expected low, medium and high damage inside a port, including areas likely for strong whirlpools are being generated for all harbours, large and small. In addition, information such as the duration of strong currents is provided. Such information can be useful when attempting to determine when it is likely to be safe for emergency response vessels to commence in-water operations following the arrival of a tsunami.

Our first priority must be to ensure that those located near to the coast have the knowledge and means to stay safe during a tsunami. However, we need to keep in mind that ports and harbours are hot-spots of tsunami activity.

During big tsunami events, damage in major ports can resemble scenes from an epic Hollywood movie, with huge and persistent whirlpools sucking in debris, and our largest container and cruise ships pulled off mooring lines, drifting without control. As ports and harbours are often regional economic centres, damage and the related downtime of these locations can have great and far-reaching impacts.

Tools and information to reduce catastrophic impacts have been developed, or are in development. Port authorities; harbour masters; port and terminal operators are advised to use the information and tools readily available to increase the resilience of harbours to tsunamis. [] 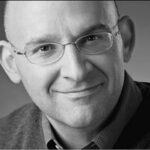