2020, October 1: The ultra large container ship the Milano Bridge collided with multiple ship-to-shore gantry cranes and, in the same incident, hit another ship while berthing at Busan New Port, South Korea. This was on April 9, 2020.

The Milano Bridge, delivered in 2018, has a capacity of approximately 15,000 teu and is 366 metres length overall (loa). The vessel was in a light condition at the time, having just left dry dock.

This was the third significant gantry crane collision in a 12-month period.

The major damage to the facility at Busan New Port caused by the Milano Bridge included:

Damage to the ship included: 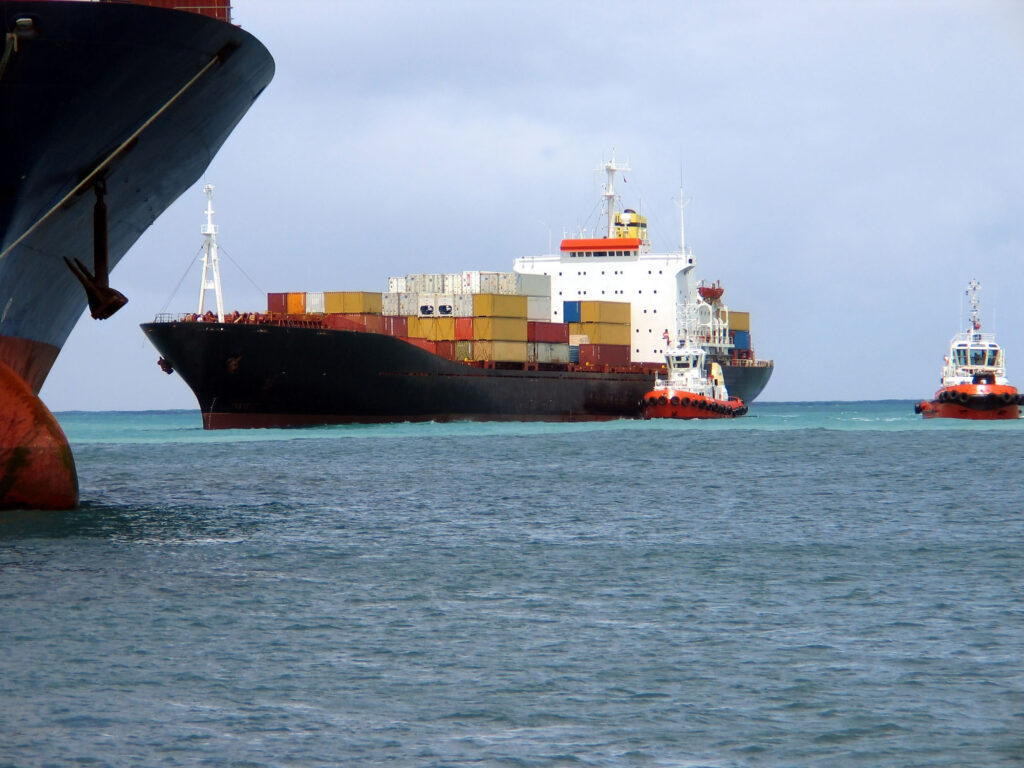 The vessel was just out of dry dock and in a very light condition. The propeller and rudder were not completely submerged. As such handling of the vessel was difficult. The vessel however was ‘under pilot’ and had tugs in attendance.

While this commentary is not about pilots (who are an integral part of this whole system and have by and large performed excellently), it is necessary to look at the incident and learn from it, so that a repeat of such circumstances in the Caribbean can be avoided.

Different jurisdictions, as expected, function differently as far as maritime administration goes. A pilot may be part of the port’s management structure. Or, maybe, pilotage is a service delivered by ‘third parties’.

Regardless of the system, it is especially important that marine pilots and port management work together and plan all ship movements. This collaboration is of even greater importance in today’s world of megaships and crowded harbours. To a degree, this strategy also applies for smaller ports and ships, particularly if the port is crowded. Any accident which reduces the port’s capability will have serious effects.

The marine assets of a port are costly and cannot be replaced overnight so doing everything possible to preserve these assets must be brought to the fore.

Planning of all vessel movements is critical. The pilot, on boarding, liaises with the Master of the vessel and, after sharing technical details, a procedure for berthing or unberthing is discussed. The technical details, vessel condition and prevailing conditions are reviewed. (In this situation the pilot is an advisor. The Master retains command.)

Port management would previously have discussed with the pilot all berthing or unberthing arrangements as well as availability of tugs and other marine craft; and, berth preparedness.

Many ports, as part of their Standard Operating Procedures, will have clearly defined strategies and methodologies for berthing and unberthing vessels. Indeed, this is a part of the process for ISO certification.

A container terminal cannot be cleared of its gantry cranes when a vessel is manouvreing. In the earlier days it was quite normal to clear the dock by moving the cranes from the active area. Nowadays this is not possible, particularly when the equipment on the dock include many cranes. For example, in June of this year, a mega container ship was handled by nine gantry cranes in Los Angeles. (It is of course necessary to have the boom of the crane luffed in the upright position.)

Ship-to-shore gantry cranes are located very close to the ship. In fact, the legs and wheels of the crane are only about two metres from the dock face. The container ship itself has a large bow and sometimes a stern flare that overhangs the side of the ship. Berthing of these ships must therefore be done in a measured fashion. Tugs must be made fast before the vessel is ready to manouvre alongside.

The preferred and safest manouvre is to bring the ship to a halt off and parallel to the berth and then use the tugs to move the vessel horizontally to the terminal. This removes the dangerous angled approach and allows for full control of the vessel.

The vessel must be stopped. That means, no ahead or stern movement. Tugs and thrusters are of little or no real effect if the vessel is moving ahead or astern.

Container ships, whether they are empty or full, provide great surface area for winds to turn manoeuvring into a formidable challenge. When the propeller and rudder are fully immersed the vessel will manoeuvre best.

Port authorities, port operators and terminal managers should incorporate in their Rules and Bye Laws reference to optimum draft.  Each vessel has its own peculiarities so it may be simpler to have an overall statement such as ‘… all vessels to be at draft and trim to ensure optimum performance when manoeuvring.’

Incidents and accidents are never planned for as they are unwanted. However, when dealing with today’s mega vessels and coupled with strong currents or other climatic phenomena, manoeuvres could assume nightmarish proportions. If there is an incident, the port’s documented Standard Operating Procedures should clearly articulate the line of action. In the Milano Bridge incident, the Port was very prompt in producing reports highlighting the extent of damage to ship and shore. This move was very necessary as it facilitated future action that may have to be taken to detain the vessel and bring facilities back into service.

On berthing the vessel, the mooring line arrangements must … besides just looking at standardized practice … also cater for seasonal and other weather phenomena. In today’s world of measured Climate Change, finally, carbon footprints are playing an important part in measuring a port’s performance. As such, any unplanned movement involving use of tugs and other marine craft, will increase the planned/declared footprint. This would have been the case of the APL Mexico City in Antwerp mentioned previously.

Marine assets are fundamental to a nation’s survival and development. It is therefore critical to stay ahead of the game and thoughtfully and meticulously plan and execute port operations. Otherwise, catastrophic damage during operations could put a port facility and a small country temporarily out of commission and out of business while, the costs of expensive repairs; equipment replacement and downtime create stresses in the national economy. []

* Capt. Rawle Baddaloo, a Past President of the Caribbean Shipping Association (CSA) formerly served as the CSA’s ‘point man’ on Port State Control.