The Summer 2017 edition of Portside Caribbean reviewed moves in Jamaica to develop and expand its cruise business, one of which is disembarking passengers in Port Royal. The Port Authority of Jamaica (PAJ) has now revealed budgeted figures to indicate its early intention to proceed with that and other projects within its purview.

High on the PAJ’s 2019/20 agenda is the establishment of a Port Royal Cruise Port but there are also big plans for Logistics and Business Process Outsourcing (BPO) infrastructure. And it has budgeted to ‘complete and implement’ the Port Community Systems import and export modules.

The Port Royal Cruise Port is getting the largest slice of the PAJ’s 2019/20 capital budget, with over 7.6 million USD earmarked for spending over the period. The first cruise ship passengers were expected to disembark Marella’s Discovery 2, in Port Royal in January 2020.

The key component for the development of Port Royal as a cruise destination was manufactured in Europe and arrived in Jamaica on February 11, 2019. The floating motorised articulated pier, branded SeaWalk, remained anchored at Port Royal awaiting completion of construction of shore port side works, including passenger receptions facilities; ground transportation infrastructure and other cruise destination amenities.

Jamaica’s 8.5 million USD deal with SeaWalk for the installation of the 750-foot floating pier at Port Royal was the first in the Americas. Indeed, the Port Royal contract was the first outside of Scandinavia.

The SeaWalk floating pier was developed for the relatively flat waters of the Norwegian fjords. When the contract was signed there were fewer than five in operation.

Transparency Market Research, predicts the global logistics market to reach US $15.5 trillion by 2023.

Just under 6.8 million USD of the PAJ’s current capital budget is to be spent on completing an 18,000 m2 logistics facility at the Port of Kingston as Jamaica positions to aggressively exploit the country’s strategic location to global sea routes in promoting the siting of logistics clusters and value-added services in and around the Port of Kingston. As well, four million USD have been budgeted to complete a 14,585 m2 facility in neighbouring Portmore.

Jamaica should have little difficulty marketing its strategic geographic location in targeting tenants. Services delivered portside have expanded beyond the wharf warehouses as producers expand their global reach. The increased productivity, knowledge sharing and economies of scale that logistics clusters offer have collectively driven a rapid expansion of demand for shop space. Kingston’s location will offer many a competitive advantage, depending on the quality and dependability of the services offered.

As companies find it increasingly advantageous to contract third party suppliers to deliver specific (non-primary) goods, processes or services rather than producing it internally, outsourcing as a corporate strategy has become increasingly popular. This has driven growth in specialisation with contracted companies producing and delivering only one or few business functions (e.g. data entry or inventory control).

Construction of the 31 million USD Portmore Informatics Park (which is relatively close to the Kingston container terminal), to be operated by the Port Authority of Jamaica, began on February 16, 2017 as Jamaica moved to cash in on the opportunities this expanding field offered. At that time the Jamaican Prime Minister said that Jamaica’s business process outsourcing (BPO) industry had about 22,000 persons employed. He indicated that the government was planning to build facilities in order to increase employment in that sub-sector by an additional 180,000 jobs.

The Port Authority of Jamaica has earmarked four million USD in its current capital budget to complete the 14,585m2 (157,000 sq.ft.) Portmore Informatics Park. This Portmore facility is in addition to the 5,852m2 (63,000 sq.ft.) information and communication BPO facility at the Montego Bay Free Zone on Jamaica’s north coast.

The PAJ has budgeted just over 3.5 million USD in the current fiscal year to complete and implement the import and export modules of its Port Community Systems (PCS) in Jamaica’s ports. This will ultimately connect the systems operated by the various organizations and entities that make up the ports community, eliminating unnecessary documentation and inefficiencies related to duplication of functions and redundancies.

PAJ has budgeted $248.6 million (two million USD) to do work on the quay wall at the container terminal. According to Kingston Freeport Terminal Ltd. (KFTL), in a statement on its website: “… strengthening of the quay wall to improve its ability to withstand the impact of earthquakes, while allowing the quay to accommodate the larger and heavier Ship to Shore cranes that are necessary to service the larger mother vessels that will call KFTL.“ 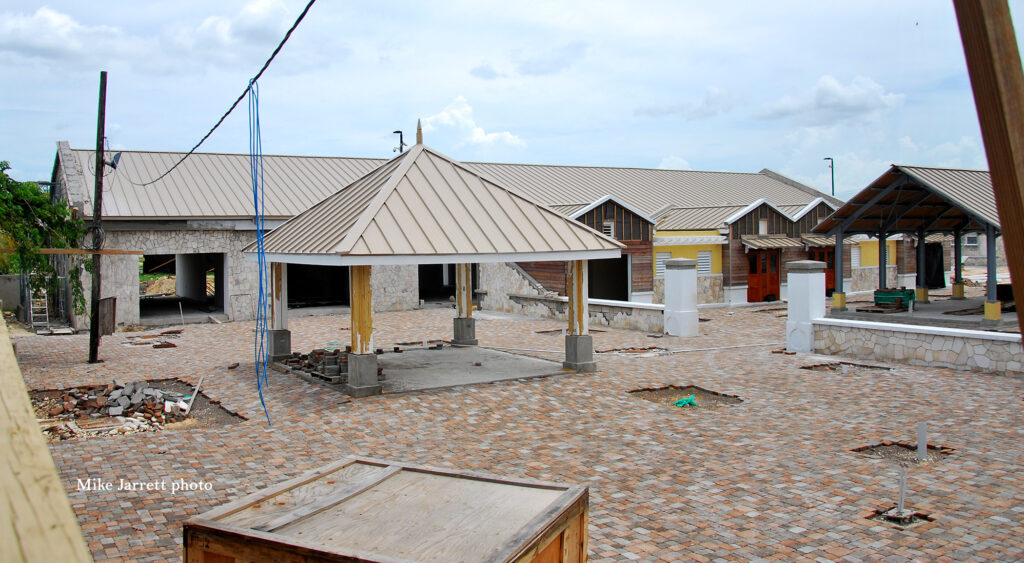 Development works at Hampden Wharf at the Falmouth cruise port is expected to take about 2,000,000 USD from the PAJ’s capital budget for 2019/20.

Shovels went into the ground for this 5.7 million USD project, effectively a physical extension of the facilities at Jamaica’s newest cruise port at Falmouth, on March 16, 2018. 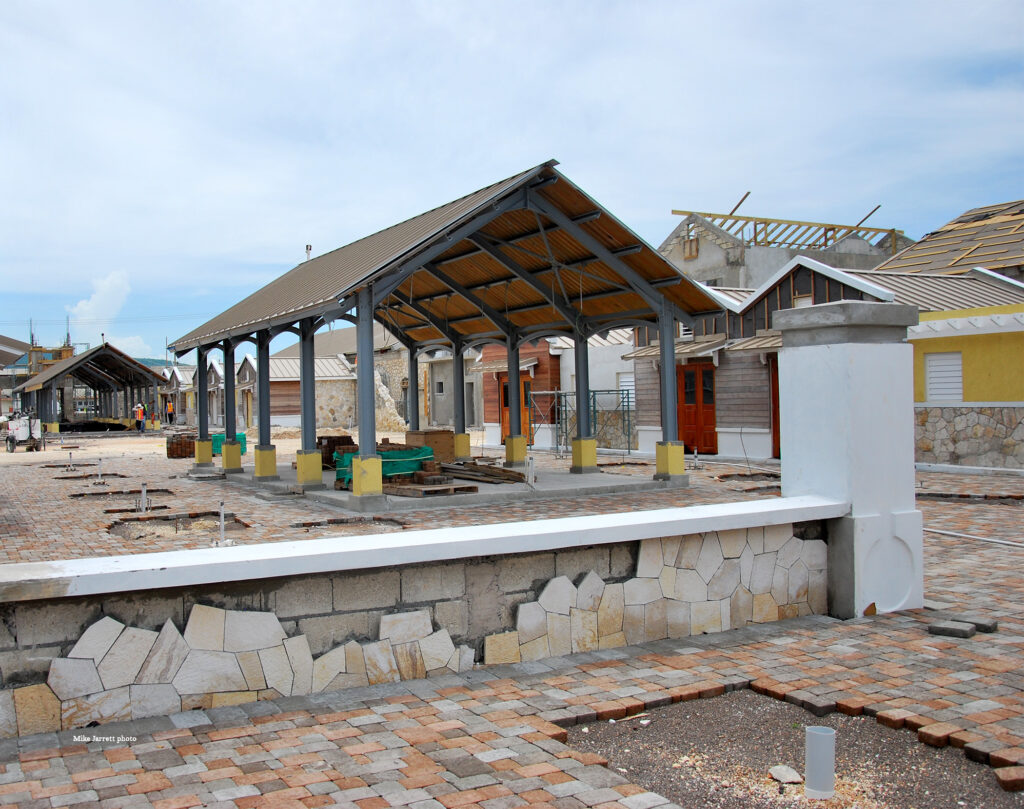 The facility, located on 1.6 hectares adjacent to the Falmouth Port, is being built by the PAJ and the quasi-government Urban Development Corporation. The design includes shops, restaurants, bars, mini-stalls, activities for children and an artisan village. 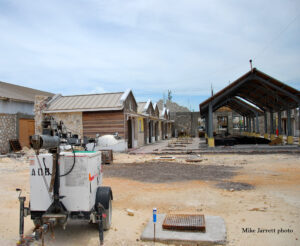 It will feature paved surfaces, landscaped areas, historic buildings and what the PAJ has described as ‘a rich mix of retail and local eateries, craft and history’. []