2017, November 1:  Perhaps the most difficult and traumatic reality a person has to accept, other than loss of life of family and friends, is the complete destruction  of home, property and items of great sentimental value and family history. But, this was the horror across much of the northern Caribbean and Central America, left in the wake of the 2017 Atlantic hurricane season.

In some cases, whole populations had to be evacuated after most of the structures – residential and commercial – were destroyed. And, at the time of writing, more than 90% of Puerto Ricans were still without electricity, the governor estimating that power would not be fully restored until December. More than 15 ports were battered with eight almost completely destroyed. 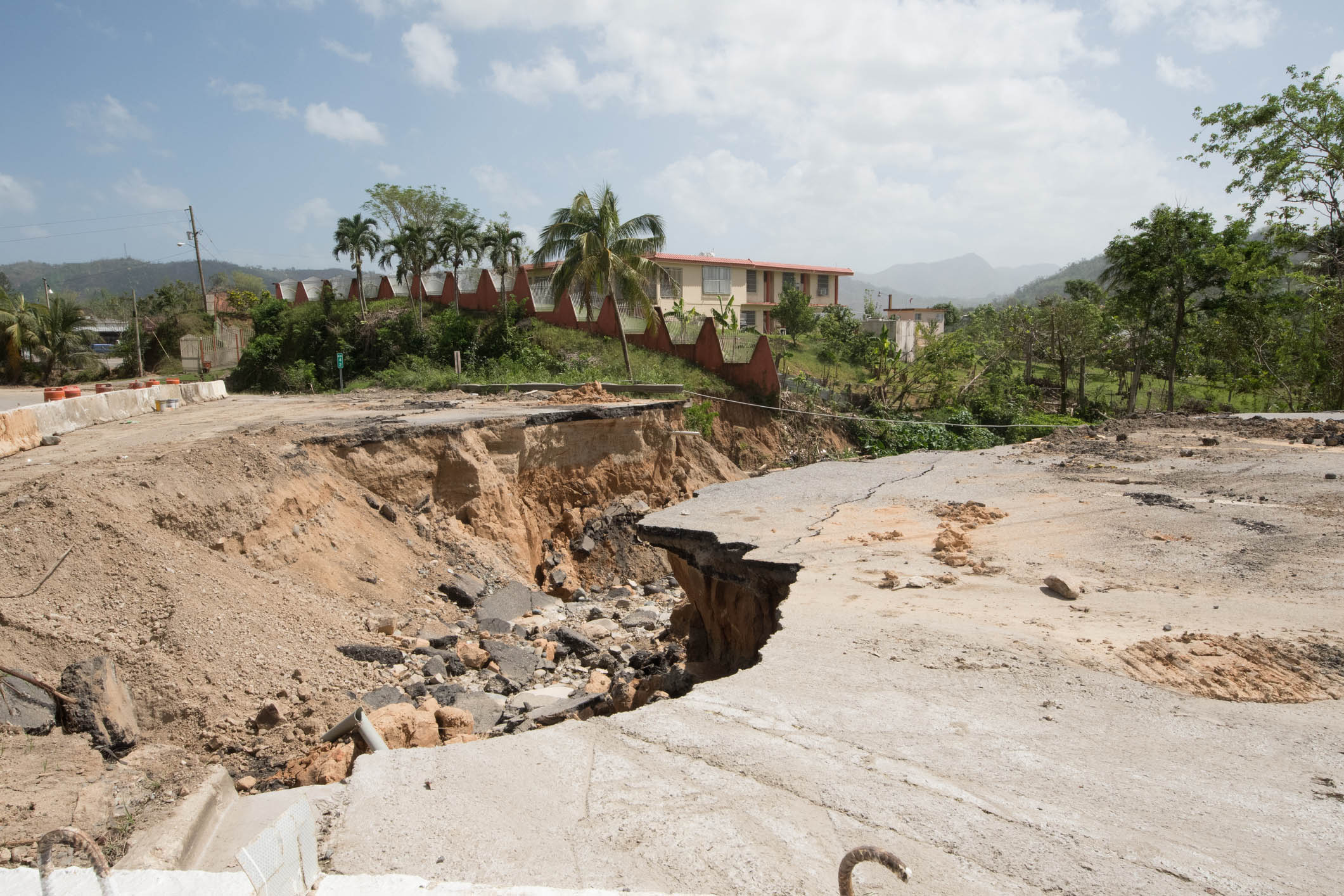 Ports damaged to the extent that they had to be closed to regular traffic included (in alphabetical order):

On the other hand, ports in The Bahamas, Jamaica, Dominican Republic, St. Kitts and in the Southern Caribbean were spared and remained open for business. Reports from various sources shortly after the hurricanes were as follows:

Anguilla – the port at Road Bay was hardly affected by Hurricane Irma, which passed nearby and was not expecting a cruise call before late November.

Antigua and Barbuda – the twin-island country was visited by Hurricane Irma but it was the smaller of the two islands, Barbuda, to the north, that took the brunt of the hit. The port at St. John’s was largely spared and Antigua remained on cruise schedules for the Fall.

Aruba – Oranjestad was unaffected by the hurricanes.

Barbados – hit by both hurricanes and substantial flooding reported but Port of Bridgetown, relatively unaffected, remained open and was receiving ships.

Bonaire – Kralendijk port was unaffected by the hurricanes.

British Virgin Islands – the BVI took a severe battering from Hurricane Irma. Images posted on the internet showed near total destruction of the Bitter End Yacht Club on Virgin Gorda and Tortola was expected to remain closed to cruise ships for an extended period. Norwegian Cruise Line cancelled all scheduled visits to Tortola of its 4,248-passenger Norwegian Escape for the rest of the year.

Cayman Islands – Grand Cayman was unaffected by the hurricanes.

Cuba – The country took a heavy beating from Hurricane Irma and Havana suffered heavy damage and extensive flooding. However, restoration of facilities was quickly underway and Havana was soon re-opened and receiving cruise ships and commercial traffic.

Curaçao – was not affected by hurricanes this season, up to the time of writing, and the port at Willemstad remained open.

Dominica – the entire country of Dominica suffered major damage from Hurricane Maria and the port at Roseau, was expected to remain closed for an extended period.

Florida – The Florida Keys got hit and was severely damaged by Hurricane Irma. However, although access by road to the Keys was closed, cruise ships began returning to Key West within days of the hurricane. Key West was not as affected as areas to the east, where the eye of the hurricane made landfall and so was ready to receive ships earlier than anticipated.

Grenada – St. Georges, like most cruise ports in the Southern Caribbean, was spared and remained open for business.

Jamaica – all cruise ports Montego Bay, Falmouth, Ocho Rios and Port Antonio, as well as the Port of Kingston, were unaffected by the hurricanes.

Puerto Rico – the port of San Juan was badly hit by Hurricane Maria and, given the extensive damage to the country’s infrastructure, may take several months before resuming functions as a major cruise ship hub and destination. 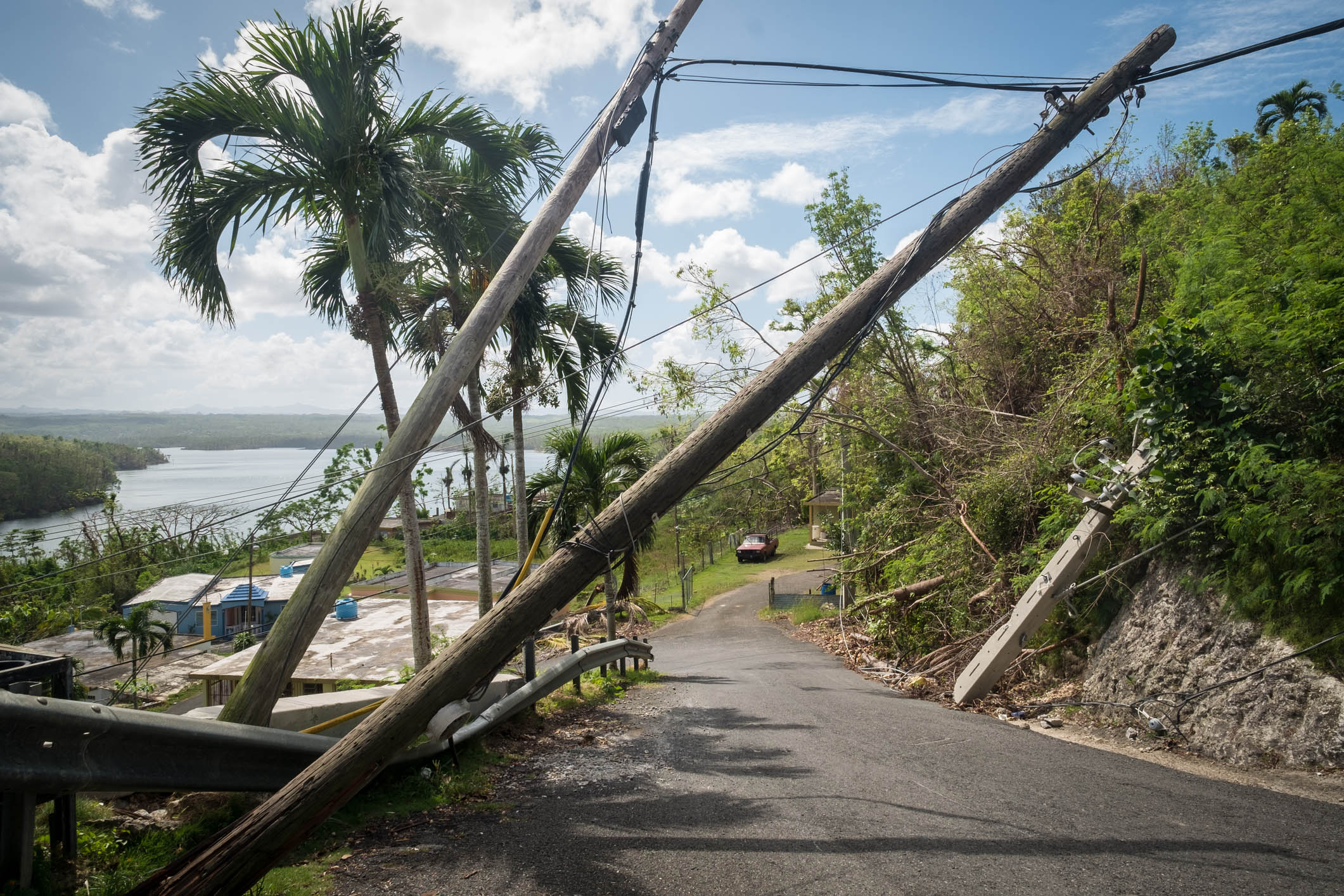 Both of the major lines that operate cruises out of San Juan – Royal Caribbean and Carnival – immediately cancelled sailings. USA Today reported that Carnival also cancelled sailings out of the port that were scheduled to begin in the first week of October and three Florida-based ships that were scheduled to visit San Juan were re-routed to other ports. Carnival’s terminal in San Juan sustained extensive damage from Hurricane Maria.

Saint Barthélemy – St. Barts got hit by Hurricane Irma, forcing the closure of Gustavia port. However, restoration of facilities and services started immediately and the port was soon receiving vessels.

U.S. Virgin Islands – spared serious damage by Hurricane Irma, St. Croix suffered substantial damage during the passage of Hurricane Maria. USA Today reported that several cruise lines had been planning to use Frederiksted as a substitute port for St. Thomas and St. Maarten, both of which were heavily damaged.

St. Kitts and Nevis – hit by both Irma and Maria suffered no major damage; the port at Basseterre remained open and was receiving cruise ships.

Saint Lucia – port of Castries was unaffected by the hurricanes.

St. Maarten – the port of Philipsburg suffered major damage with the passage of Hurricane Irma and was not expected to reopen to cruise ships for months. Royal Caribbean cancelled all of its visits to St. Maarten up to October and was reviewing the probability of extending its cancellation beyond that month. Windstar Cruises reportedly removed St. Maarten from its schedule through March 2018. St. Maarten is one of the most visited cruise ports in the Caribbean. It receives more than 1.6 million cruise passengers a year and is a destination for all three of the world’s biggest cruise ships: Harmony of the Seas, Allure of the Seas and Oasis of the Seas.

St. Thomas, U.S. Virgin Islands – massive devastation by Hurricane Irma reported. Port of Charlotte Amalie was closed and was expected to be re-opened by late October.

The Bahamas – Freeport and Nassau did not sustain major damage and remained open for business.

Trinidad and Tobago – the country was not affected by the hurricanes.

Turks and Caicos Islands – Grand Turk suffered significant damage during Hurricane Irma and had to be closed. Plans for an early to re-opening were set back following the passage of Hurricane Maria that followed shortly thereafter. []