MONTSERRAT is doggedly pursuing its plans for recovery. The awesome and devastating eruptions of Soufriere were enough to wipe out half the country but hardly able to daunt the spirit of determination of the people. They are re-building.

The Infrastructure Division of the Montserrat Development Corporation (MDC) is coordinating an effort at Little Bay that will be Montserrat’s new capital town. The MDC claims this as “the largest development project in Montserrat at the moment and is the only new capital town being built in the Caribbean region.” Regardless, partnerships have been formed and the plans are being implemented, meticulously, with the MDC playing a lynchpin role.

The Master Plan for Little Bay was designed by international award-winning architect Lane Pettigrew. A resort hotel, luxury villas, condominiums, apartments, retail and leisure facilities are all planned. The town’s waterfront will face a world class marina. Adjacent to this marina will be the new commercial port. The main elements of the plan are: a new seaport at Carr’s, Carr’s Bay Town Centre, villas on Potato Hill, a luxury hotel at Little Bay, a condominium on Venito Hill, a volcano interpretation centre, a parliament building and lower courts; and, an aquatic centre.

The Master Plan was completed in mid-2012 and subsequently approved by the government of Montserrat’s Cabinet. It is “commercially driven” and includes investment opportunities which are already attracting the attention of local, diaspora and international developers. Montserrat is open for business. 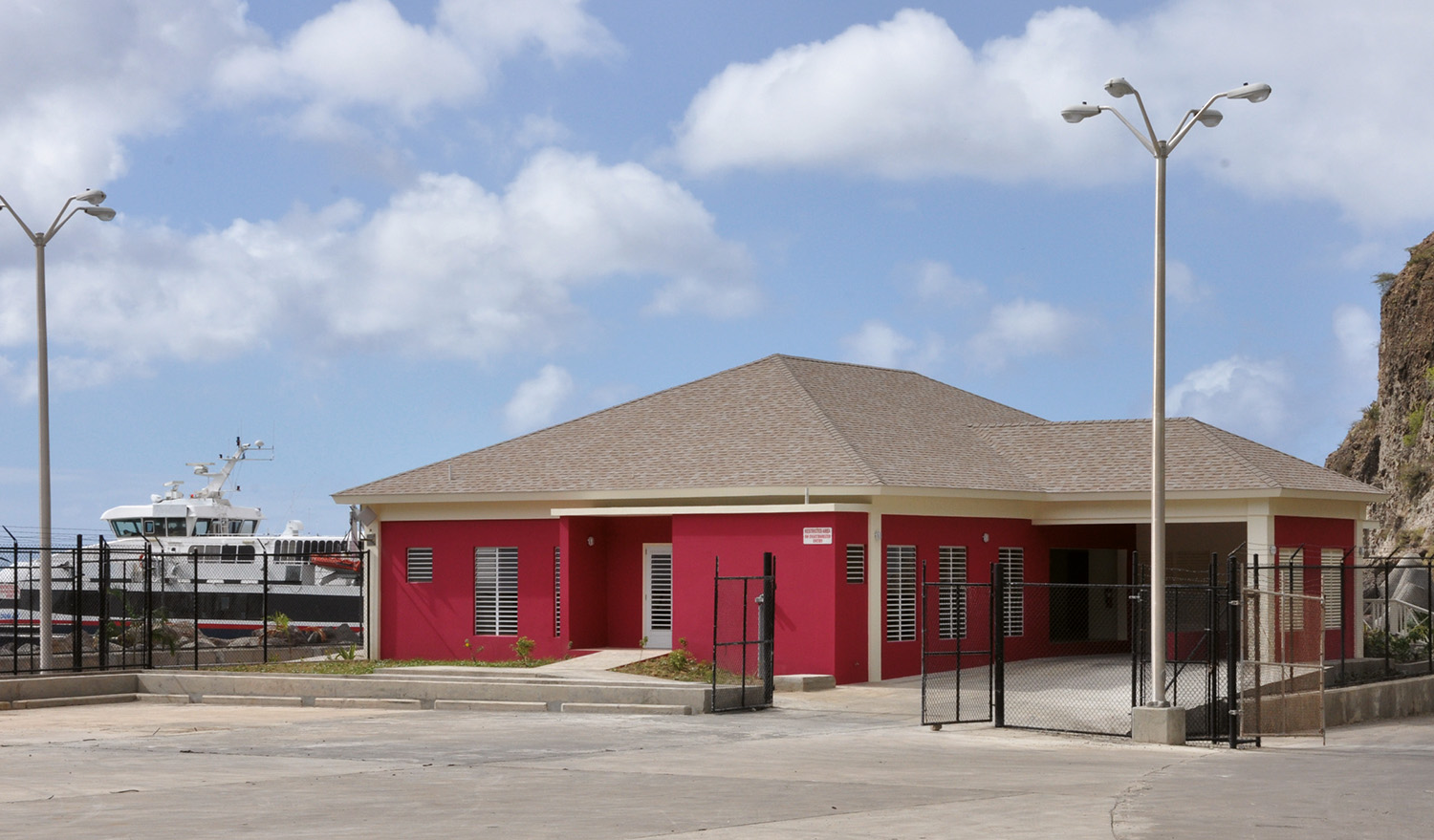 ‘Marine Village’ is being constructed on 1.25 acres at the north end of the Little Bay beachfront. It includes four beach-side premises with bars and restaurants. The buildings face Redonda and Nevis and offer a great sunset. For many, the tropical palms, breath-taking sunsets and a lush, mountainous backdrop are collectively the image of the Caribbean. ‘Marine Village’ was designed to present a classical Caribbean setting. According to the planners, the architectural style seeks to capture and celebrate the country’s history, culture, architectural heritage and local construction techniques.

All four buildings have outdoor space overlooking the beach. This allows for additional seating and tables. The plans include a dive shop, a restaurant, a coffee shop and a sports bar. The surrounding and adjacent areas will accommodate additional bars, snack counters and restroom/changing rooms for users of the Little Bay beach.

The approved Master Plan for the Little Bay and Carr’s Bay town development identifies the Gunn Hill area as the proposed site for the new port development. The area has been cleared and the debris from this project used for the land filling works in the Piper’s Pond area, the space earmarked for the new town centre.

The new port will be able to accommodate alongside ships of up to 300 metres (1,000 feet). The marina will have space and facilities for up to 60 yachts of various sizes. Cruise liners will be able to dock safely and ferries from Antigua and elsewhere will be better accommodated. 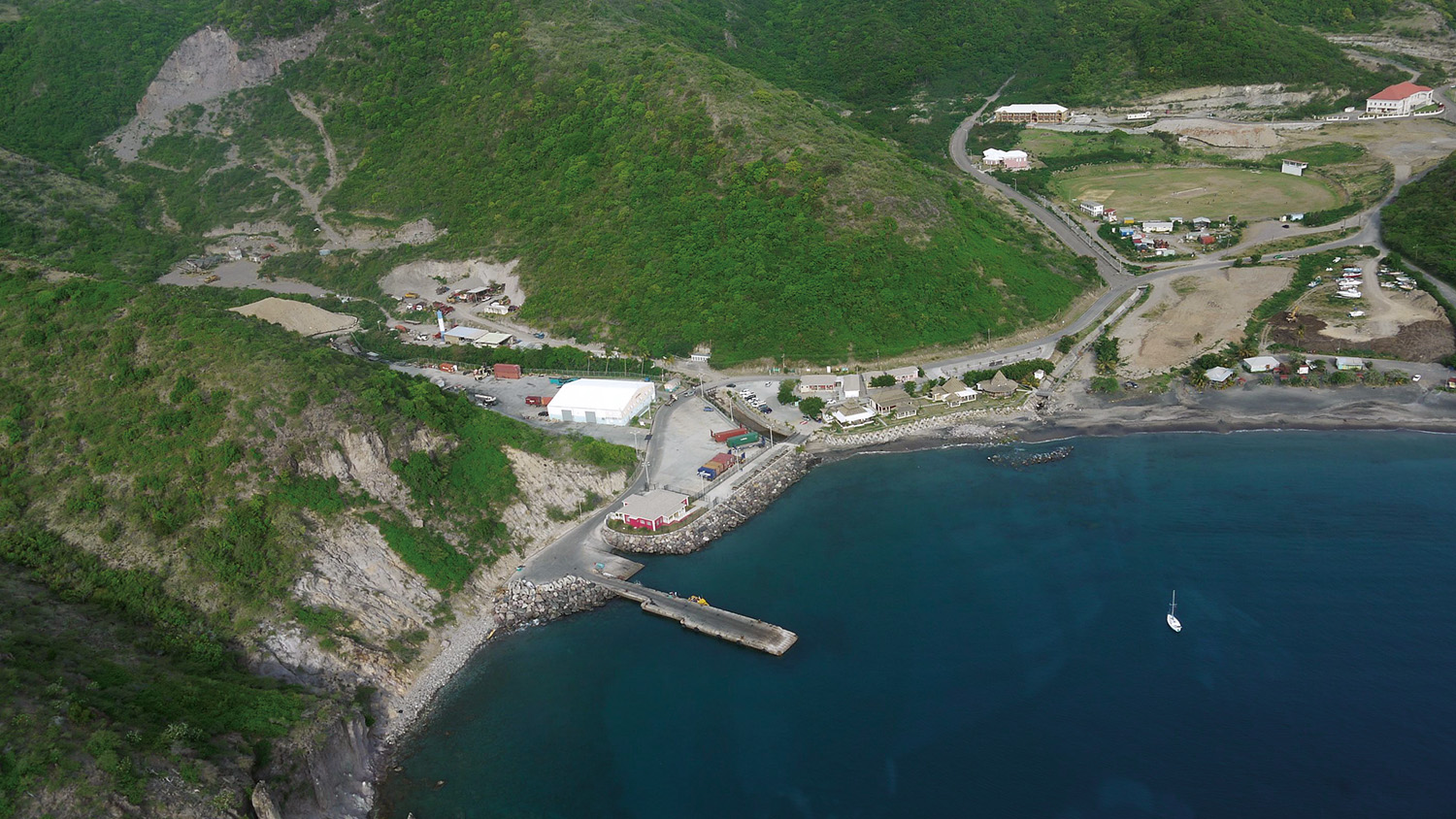 The ferry terminal was constructed to provide a more comfortable, appealing and welcoming experience for persons leaving and entering Montserrat. After the new port is commissioned, the building now being used for port administration will be transformed into a boat yard and yacht repair facility. The building now being used as ferry terminal will be redesigned to house a yacht club for a growing Montserrat yachting community. [] 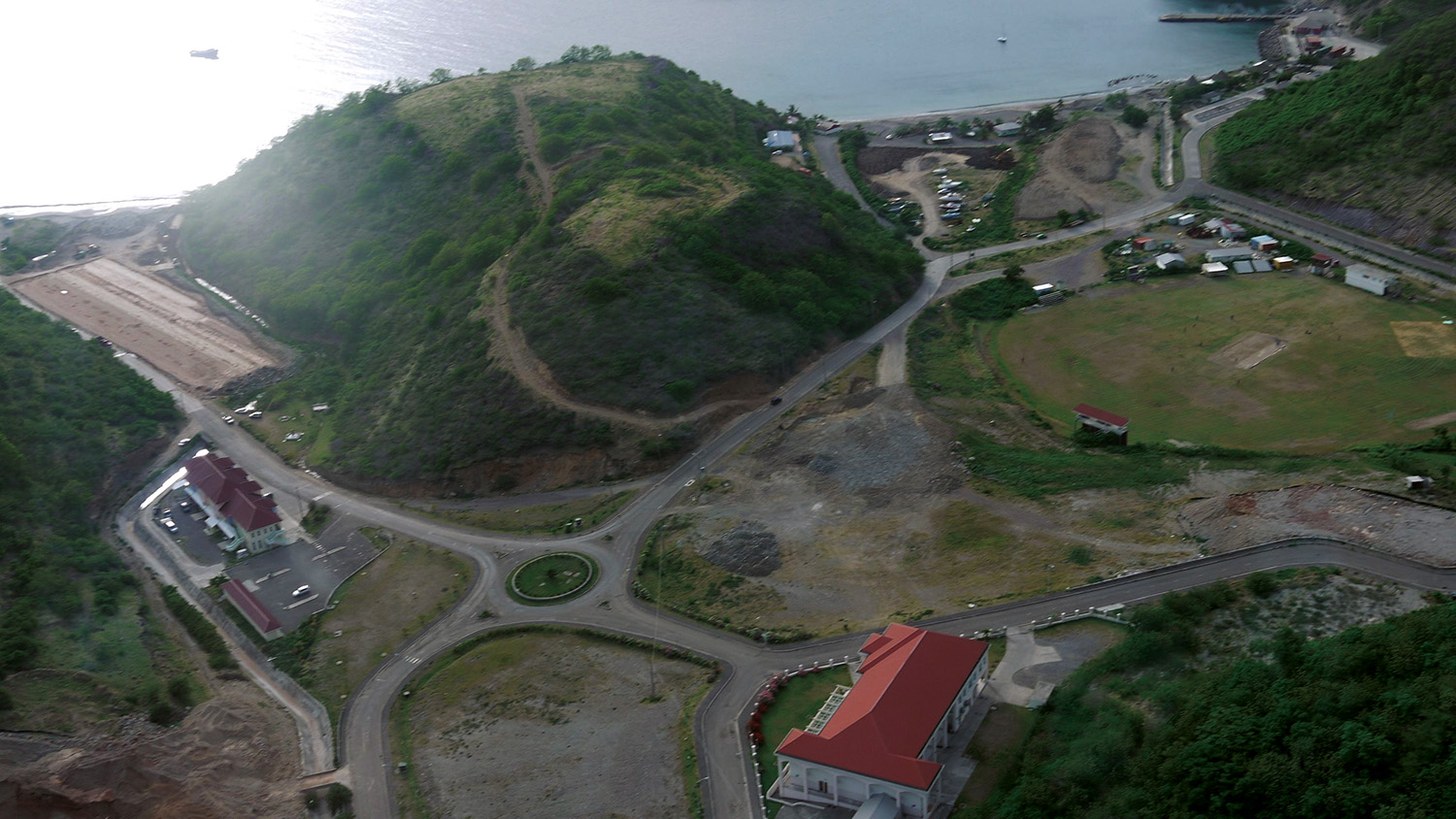