Expansion at MIT – Increased capacity in the year ahead

The first private port in Pamana, MIT started operations in 1995 on the Atlantic coast of Panama. The terminal has a reputation for reliability, servicing shipping lines transiting the Panama Canal and serving South America and the Caribbean region.

2015 February: Manzanillo International Terminal (MIT) in Panama is in implementation phase of plans to meet the new demands expected early in 2016 when the Panama Canal expansion is completed. MIT’s expansion programme is intended to bring its handling capacity to four million teu per year. The first phase of this US$270 million investment is expected to be completed by the third quarter of 2015. 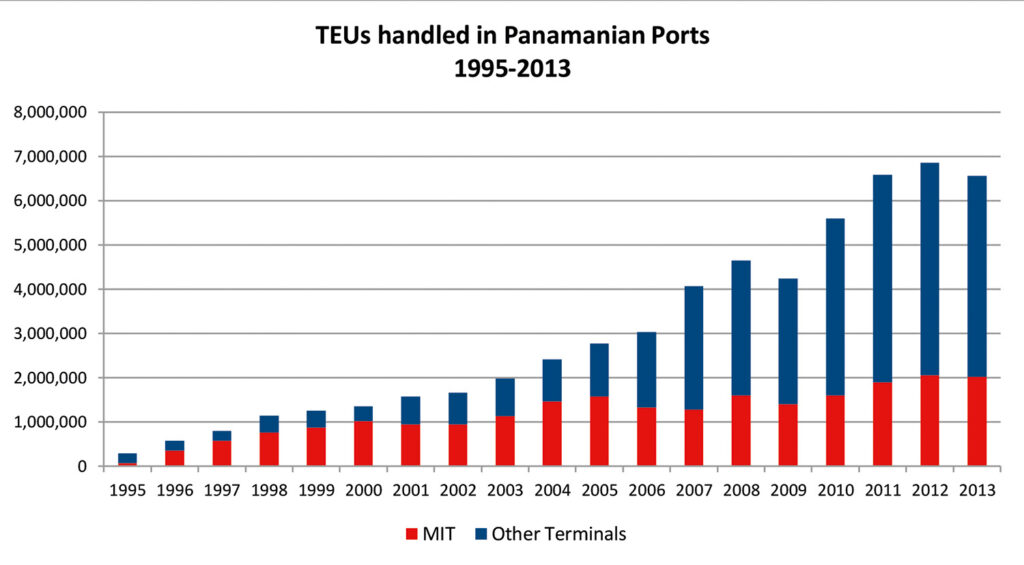 The work at MIT includes construction of 400 metres of berthing, equipped with four super-post panamax cranes; deployment of an improved stacking system in the container yard area; and, dredging alongside to a depth to 16.5 metres so as to accommodate new- panamax vessels. The terminal received the first six automatic stacking cranes (ASCs) in 2014. 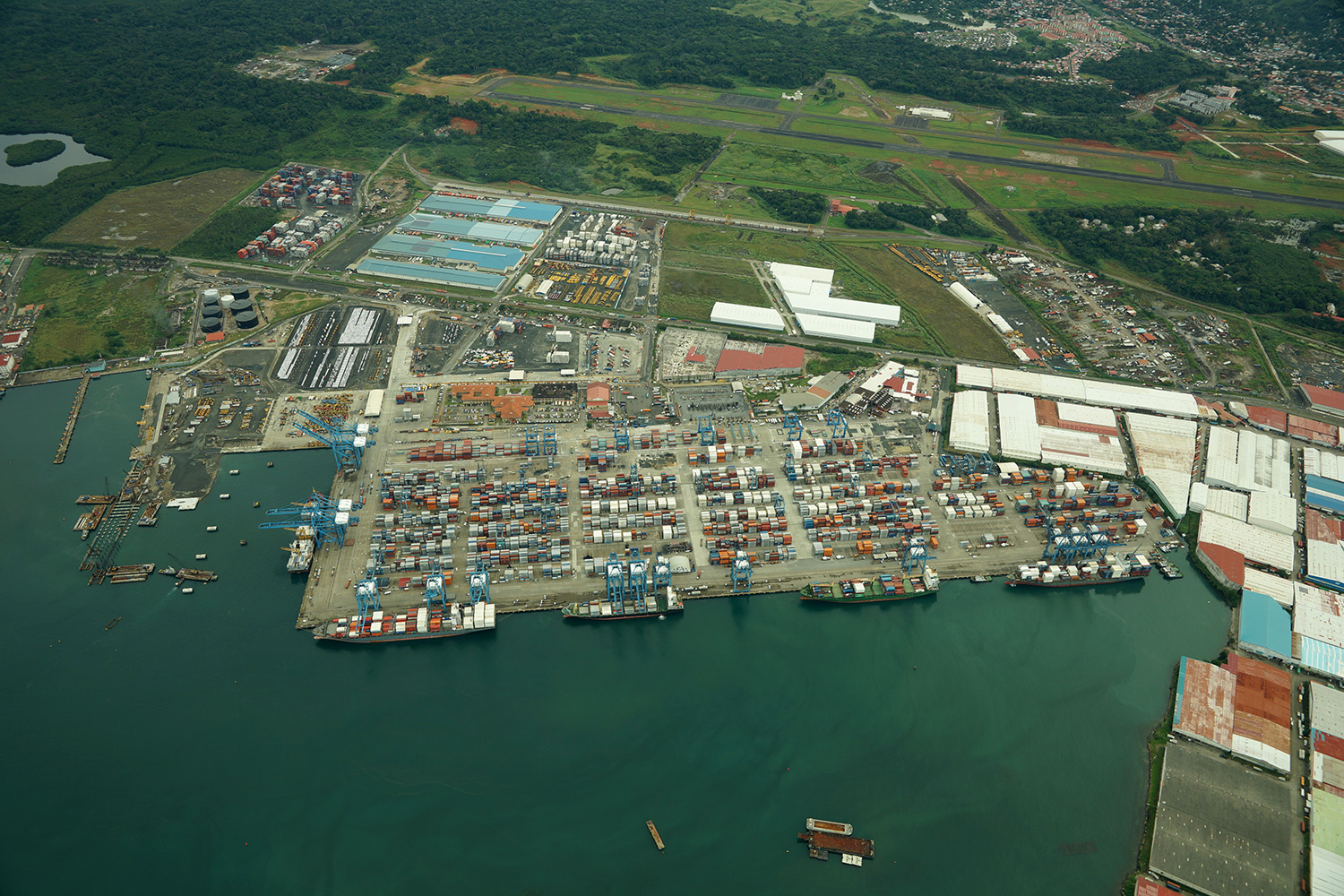 MIT’s modern facilities, high quality equipment and advanced technology ensure efficient and continuous world-standard services. Fifteen ship-to-shore cranes with post-panamax or super post-panamax capacity patrol a mile of berthing (1,640 metres). Its container yard has storage for 48,000 teu and 1,910 reefer sockets. A substantial fleet of yard equipment, including 24 RTGs, 20 top-picks, 21 side-picks, 102 yard tractors and 115 specialized container trailers, keep containers moving unimpeded into, through and out of the terminal. And the latest from Tideworks Systems provide support to both administrative and operational systems.

MIT customers include 30 shipping lines and agencies. It offers a direct link to 55 countries and 160 ports in Asia, Europe, America and Oceania. MIT also provides road and rail connectivity to the Pacific coast of Panama and road connectivity to Central America. In addition, MIT offers logistics services in the MIT Logistics Park adjacent to the port.

It has positioned itself as one of the most efficient transshipment terminals in Latin America. Since opening its doors up to the end of last year, MIT has handled over 24 million twenty-foot equivalent units (teu), over a million vehicles and has received about 38,000 vessel calls.