Kingston Freeport Terminal Limited unveiled its newly acquired fleet of 19 ‘spanking new’ Kalmar straddle carriers at its terminal in Kingston, Jamaica. Midweek ceremonies were attended by a cross-section of stakeholders led by the head of the Jamaican Government, Prime Minister Andrew Holness.

The new equipment, valued at more than USD40 million, will undoubtedly keep both domestic and transshipment cargo moving across KFTL’s Jamaican facility. These are Kalmar’s zero emission ‘Eco-efficient’ units able to handle two containers simultaneously, lifting up to 60 tonnes. They will stack up to four high. 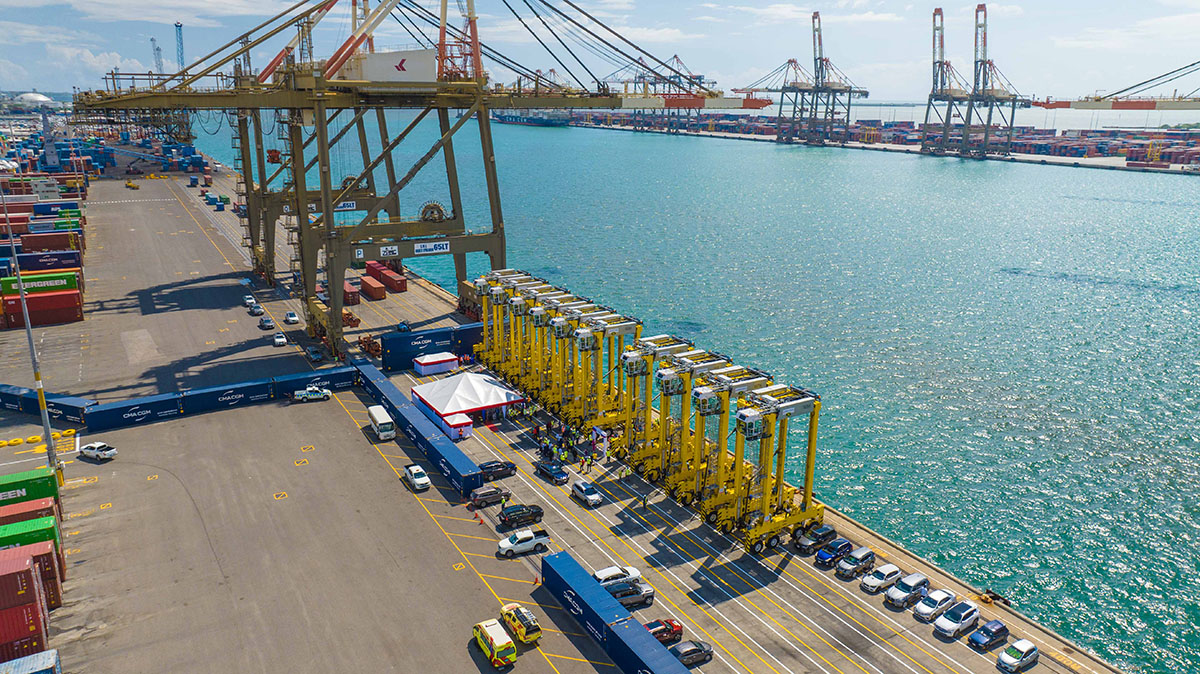 Five of the 19 are Kalmar’s ‘Hybrid’, rated to reduce fuel consumption and produce up to 40% less emissions than diesel-powered equipment. 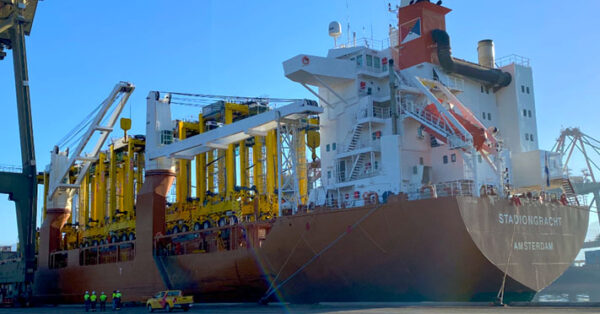 Chief Executive Officer of KFTL, Capt. Jedrzej Mierzewski previously spoke of the acquisition of the new equipment in the context of the value added to the business activities of port stakeholders. “Transport and logistics are critical to the growth of the local economy … Our main goal is to keep Kingston at the forefront of trade in the region.”

Addressing guests at the ceremonies to reveal the new straddle carriers this past week, he indicated that KFTL has been working with the Port Authority of Jamaica in developing a long-term plan to strengthen the KFTL’s position as the world’s leading contingent terminal. KFTL will continue to strengthen its commitment to Kingston’s port and the Jamaican economy, while improving reliability and competitiveness.

Mierzewski reported increased volumes of 28% at the Kingston container terminal between 2020 and 2022, up from approximately 1.5 million TEU to just under 2 million TEU. []